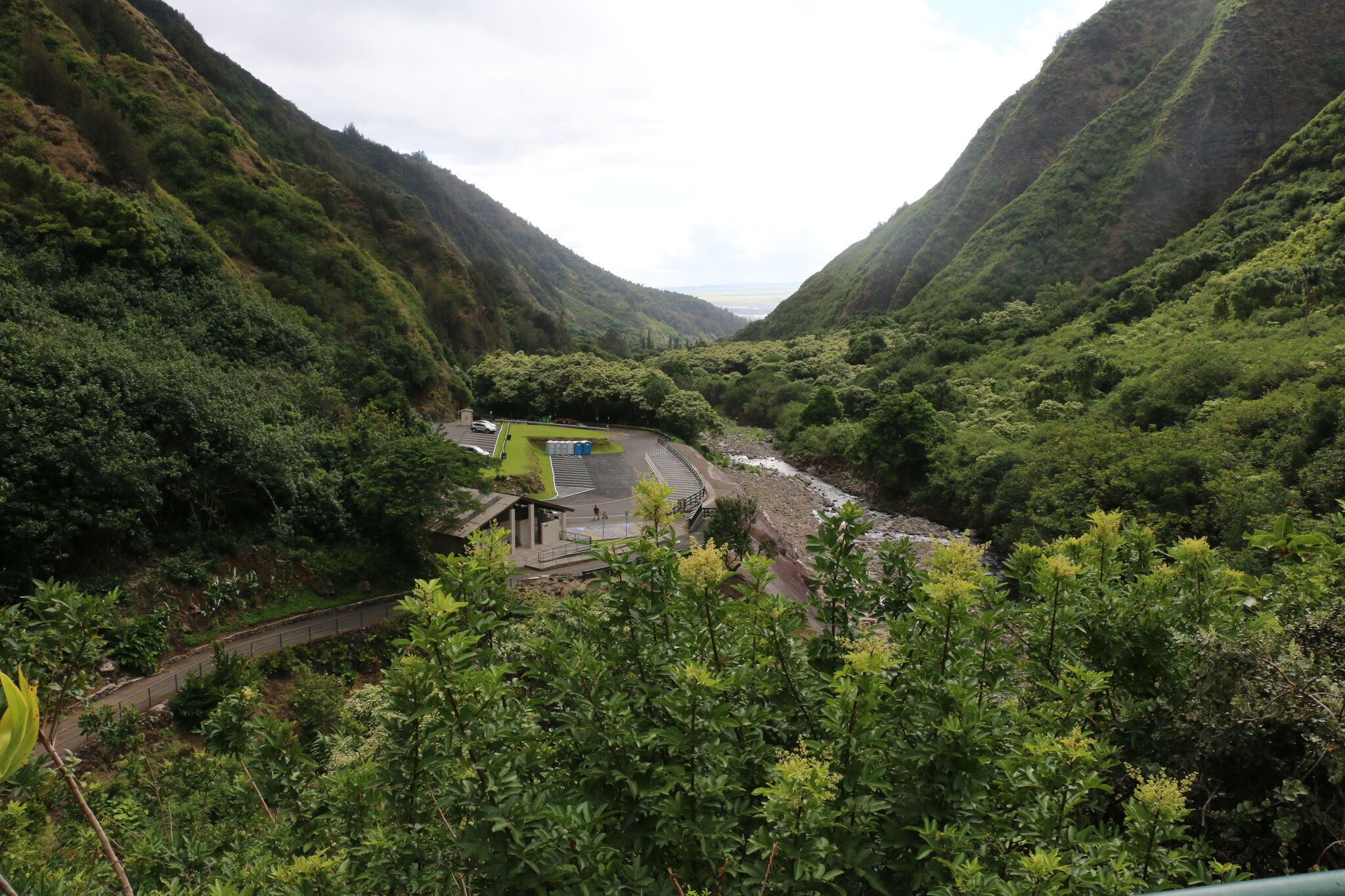 WAILUKU, MAUI – ‘Iao Valley State Monument will be closed beginning Monday, October 16, 2017 for an estimated two months. The Department of Land and Natural Resources will be completing the second phase of slope stabilization to the areas in the park that were damaged by a massive flood event in September 2016. Officials anticipate the park will reopen by December 16, 2017, or sooner if conditions permit.

The park was re-opened in August and September during a hiatus between construction activity, pending permit approval for the next stage of work.

State Parks Administrator Curt Cottrell said, “We thank the Maui community and visitors for their patience and understanding during the park closure. We believe these improvements and repairs will provide our park users and visitors with the assurance that we have stabilized the slopes to protect their health and safety.”

Cottrell added, “We continue to coordinate with the tour industry and the local community to inform them on our repair plans, and consult with the ‘Aha Moku representatives to ensure that the mitigation work was consistent with cultural values and protocols.”

Contractor Vares Contracting began work on February 13, 2017 to remove green waste, concrete debris and railings. Maui Kupono Builders, LLC did interim slope stabilization in the Wailuku River (‘Iao Stream to the slopes of the now wider river, which now sport a revetment of stacked rocks and 300-400 feet worth of Shotcrete slope coating to prevent loose material from falling down.   Total project cost is $1,837,341.

Changes to the parking lot include restriping and installation of flexible traffic delineators, as well as the installation of a green security guardrail fencing at various locations to keep buses only within the upper parking area, and warning signs to prevent people from getting close to the stream’s edge. This work was performed by Vares Contracting.

A pedestrian corridor has been marked with striping, and surface repairs were made to the pathways leading to the Hawaiian Garden and to the summit lookout. The park comfort station and upper lookout hale have been painted.

Still closed is the lower large loop trail that previously ran along the streamside, which sustained severe damage during the flood.  Although it was cleaned up, it will remain fenced off and closed for public safety.  State Parks is considering options for ways to make it safe for the public to enjoy.

The Hawaiian Garden also sustained damages which caused a section of its walkway to have collapsed beyond repair.  New security fencing has been installed to keep people away from the cliff’s edge. ‘Iao Valley State Monument is among the top attractions on Maui and sees hundreds of thousands of visitors each year. The flash flood in 2016 caused millions of dollars of damage to manmade structures like railings and pedestrian bridges and created serious erosion, stream channel and land movement.  State Parks obtained emergency restoration funding and began clean-up and restoration operations within weeks of the flood.