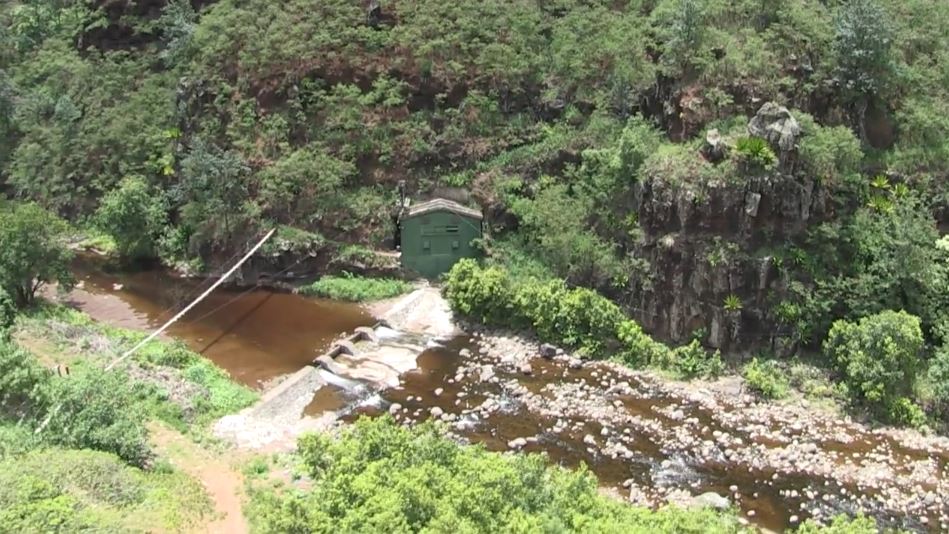 (HONOLULU) – The mediated settlement, approved by the Hawai‘i State Water Commission in April, to immediately restore continuous flows in West Kaua‘i’s Waimea River, is the subject of a video mini-documentary produced by the DLNR.

DLNR Chair Suzanne Case said, “This video transports the viewer deep into Waimea Canyon not only to see the stunning beauty of this river system, but also to depict the complexity and extent of the more than one hundred year old water diversion system, designed originally to provide water for sugarcane growing operations on the Mana plain in West Kaua‘i.  We had the opportunity to talk with many of the major parties involved in the settlement, which was achieved in record time and avoided the likely many years of time-consuming and expensive contested case process.”

“We hope this video will be used as not only a tool to educate interested people about the settlement and what it means, but to also serve as a tutorial for other groups or individuals who are contemplating the contested case process as a way to handle water disputes,” explained Jeffrey Pearson, DLNR Deputy Director for the Commission on Water Resource Management. “Historically, Hawai‘i’s highly contentious water battles have taken many years, if not decades to settle.  Due to the incredible work of all the parties involved, this settlement was reached and finalized a little more than a year after mediation began,” Pearson concluded.

In the film, many of those interviewed say they agree, the settlement provided both wins and losses for everyone involved, and that now with an agreement in hand there will be additional months and years of work to implement it successfully.

Ultimately, as the documentary indicates, the settlement will mean water for agriculture, renewable energy projects, and residential and economic opportunities for Kaua‘i’s west side.

The 13:00-minute-long video can be viewed live or downloaded.