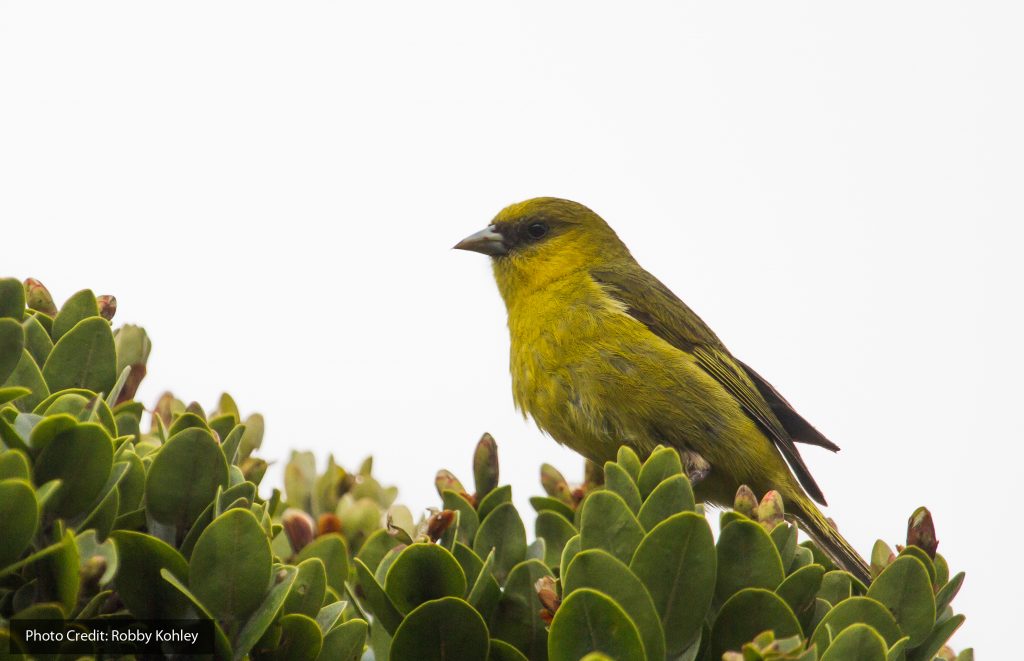 HANAPEPE, KAUA‘I – To help battle the spread of avian malaria in the native forest birds of the Garden Island,  the Kauaʻi Forest Bird Recovery Project (KFBRP) is launching a crowdfunding campaign today. They are seeking to raise $50,000 to support field teams that monitor the birds, and seek out and eradicate local mosquito populations. 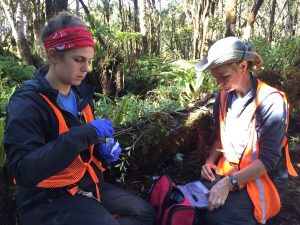 The mosquito-borne introduced disease is wreaking havoc among rare Hawaiian honeycreepers on Kauaʻi. The campaign features videos of “The Swat Team” (aka highly qualified research staff) championing their favorite forest bird species, and asks the public to adopt that species with a donation.

The “Save Kauai’s Spectacular Birds from Avian Malaria” campaign, nicknamed “Save a Bird, Swat a Skeeter”, is hosted at https://www.youcaring.com/kauaiforestbirdrecoveryproject-1128523. The money raised will support the efforts of KFBRP and its partners to research and combat deadly mosquito-borne avian malaria in Kaua’i’s forest birds by tracking infected birds and reducing mosquito populations. Hawaiian honeycreepers (unlike introduced birds) are highly susceptible to malaria as they evolved without the disease; in some species, 90% of individuals die after being bitten once by a mosquito carrying avian malaria. The public, local businesses, and corporations can also donate at https://kauaiforestbirds.org/donate/. A variety of “perks”, including a new campaign T-shirt, notecards, and photos featuring Kauai’s spectacular forest birds, will be available.

KFBRP is a DLNR Division of Forestry and Wildlife program in collaboration with the Pacific Studies Cooperative Unit of the University of Hawai’i and Garden Island Resource Conservation and Development, Inc (GIRCD), with funding from the U.S. Fish and Wildlife Service, and private and not-for-profit donors. Partners in this project also include the Universities of Hawaii and Northern Arizona.  Donations to this campaign will be managed by GIRCD, which is KFBRP’s 501(c)(3) fiscal sponsor for fundraising activities. 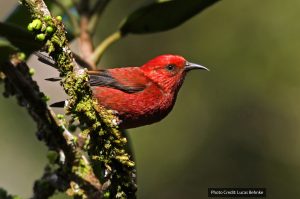 Three endangered forest bird species on Kauaʻi are at risk of imminent extinction. The ʻAkikiki and the Puaiohi now number fewer than 500 birds; the ʻAkeke‘e are also highly vulnerable, with fewer than 1,000 individuals left. The ‘Akeke’e population has plummeted by more than 90% in the last ten years. The dramatic declines of the ‘I’iwi population on Kauaʻi is one of the reasons it was listed as threatened last September. KFBRP and its partners plan to halt these trends by stamping out avian malaria, which is the single biggest threat to these species.

KFBRP Project Coordinator, Dr. Lisa “Cali” Crampton said, “To combat avian malaria, we need to know how many birds are infected and where the mosquito populations are breeding. That requires sending our teams into remote and challenging mountainous areas to monitor birds, as well as locating and eliminating mosquitos and their larvae as we encounter them.:

She continued, “Unfortunately, government spending cuts in conservation have reduced our ability to do that. We’re relying on the success of the campaign to continue our fight to free the birds from this debilitating disease.”

On-the-ground work to remove mosquitos will ultimately be supplemented by landscape level mosquito control, which the University of Hawaiʻi is actively pursuing with funding from DLNR and US FWS (see https://governor.hawaii.gov/newsroom/latest-news/dlnr-news-release-birth-control-for-mosquitoes-targeted-at-saving-unique-imperiled-hawaiian-birds/). The work this crowdfunding campaign will fund is an integral part of the longer-term solution, as successful implementation of landscape level control requires a solid understanding of mosquito and disease distribution and dynamics.

The campaign runs from today until May 31, 2018, and the team is hoping for a huge response. “Every dollar counts”, says Dr. Crampton. “The funds donated will help us in our fight to save some of our rarest and most charismatic forest birds on Kauaʻi. And we must succeed; these birds are critical for forest ecosystems, as they disperse seeds of plants which will otherwise go extinct. They are also part of the cultural heritage of Hawaiʻi, and were highly prized by royalty.”