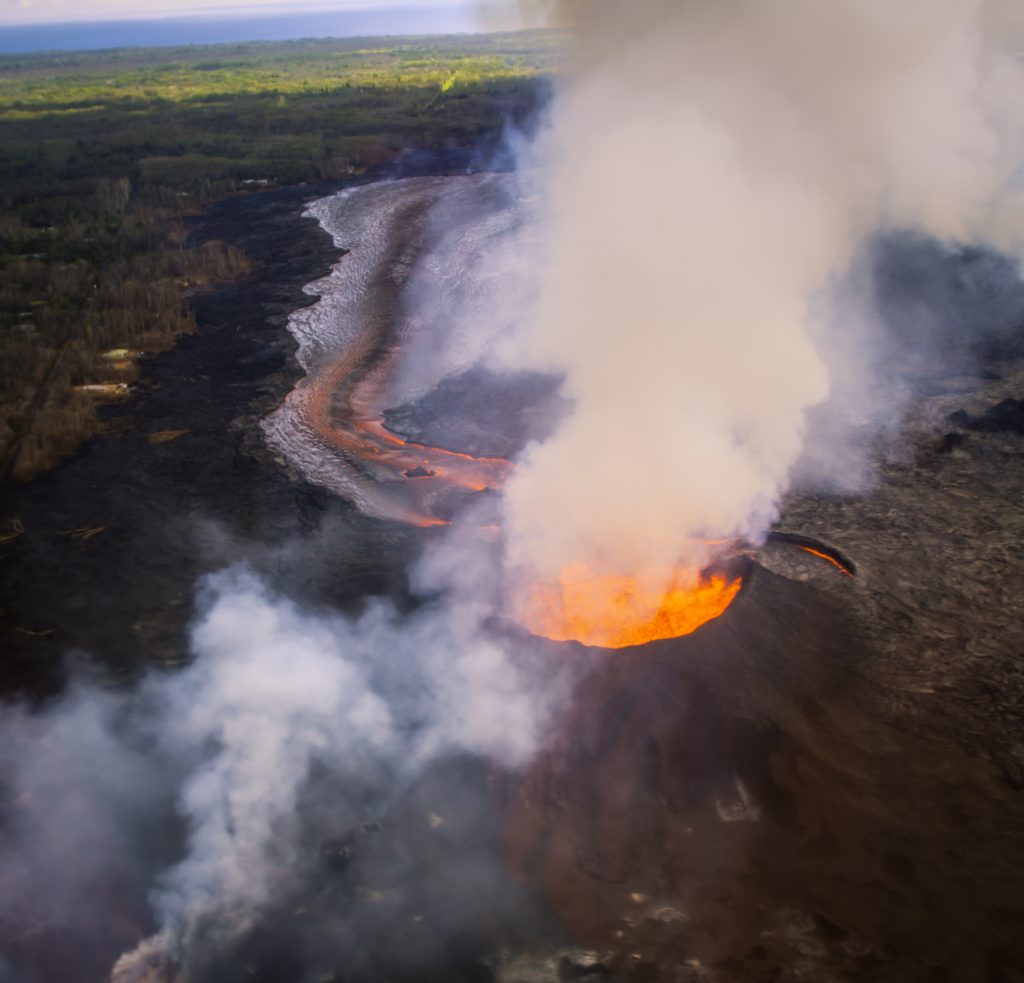 (Honolulu) – The current eruption of Kīlauea has forever destroyed the Waiopae Tidepools Marine Life Conservation District (MLCD). Less than 1% of the marine environment in Hawai‘i is fully protected by these districts, so the loss of Waiopae is extremely significant.

The East Rift Zone Eruption event is keeping two State parks closed and a forest reserve closed, and is adding new acreage to what is now State unencumbered land. “This continuing eruption is changing the way DLNR and its division’s manage public lands in the lower Puna District,” explained Chair Suzanne Case. Newly created land, by law, becomes State unencumbered land and will fall under the jurisdiction of the DLNR Land Division. Case added, “There is tremendous alteration of the landscape on a broad scale and daily basis. Most dramatic is the complete lava inundation of Kapoho Bay including the covering of the Waiopae Tidepools MLCD.” 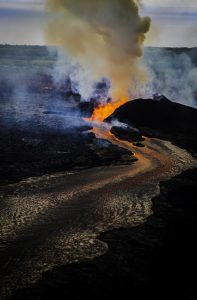 Both Lava Tree State Monument and MacKenzie State Recreation Area have been closed since shortly after the eruption began.  MacKenzie SRA is adjacent to the first ocean entry and both parks were closed due to public safety considerations. “The parks are closed and will likely remain so for a very long time,” according to State Parks Division Administrator Curt Cottrell. “Pele is in control now.  She already reclaimed Kalapana State Park back in 1990 and may well decide to perform substantial make overs to Lava Tree and/or MacKenzie,” Cottrell said.

State Park’s Hawai‘i Island Supervisor Dean Takebayashi visited Lava Tree State Monument on Monday.  He observed damage to the comfort station and park walkway, likely caused by the earthquake on May 4th. Takebayashi said, “We have to keep these parks closed because they’re close to lava and subject to gas emissions from the eruption.  We don’t know yet what other dangers have been created by the earthquake and six-week old eruption?

DLNR Division of Conservation and Resources (DOCARE) officers have written dozens of citations to sightseers caught at Lava Tree and MacKenzie.  They’ll continue heavy patrols in both parks to keep people out of restricted areas for their own safety.

About 50% of the 1514 acre Malama Ki Forest Reserve has also been closed for many weeks.  The lava has burned a lot of the forest and volcanic emissions have defoliated hundreds of trees. The reserve served as a habitat to sub-populations of native forest birds which have developed unique resistance to avian pox and avian malaria.

“We would hate to lose that genetic pool,” said DLNR Division of Forestry and Wildlife (DOFAW) Hawai‘i island Branch Manager Steve Bergfeld. Due to current and further expected losses of Malama Ki’s habitat, populations of wildlife may no longer persist, rapidly decline, or become further fragmented and/or contract in range.”

Recreational fisherman should use alternate State small boat ramps and not the one at Pohoiki. All of the land area at Issac Hale Beach Park next to the ramp is in a restricted area and is closed. The four commercial permittees at Pohoiki were offered the opportunity to relocate to the Wailoa Harbor Ramp in Hilo.  Two of the larger vessels secured transient dock slips there for up to 120 days.

Chair Case concluded, “DLNR and many of its divisions continue to support Hawai‘i County during this unprecedented natural event with resources and personnel on the ground. First and foremost we want to take every step needed to make sure people are safe and stay out of places that, like the landscape, can change in a flash.”

DLNR has released video and photographs from an aerial assessment of the eruption zone and links are below.