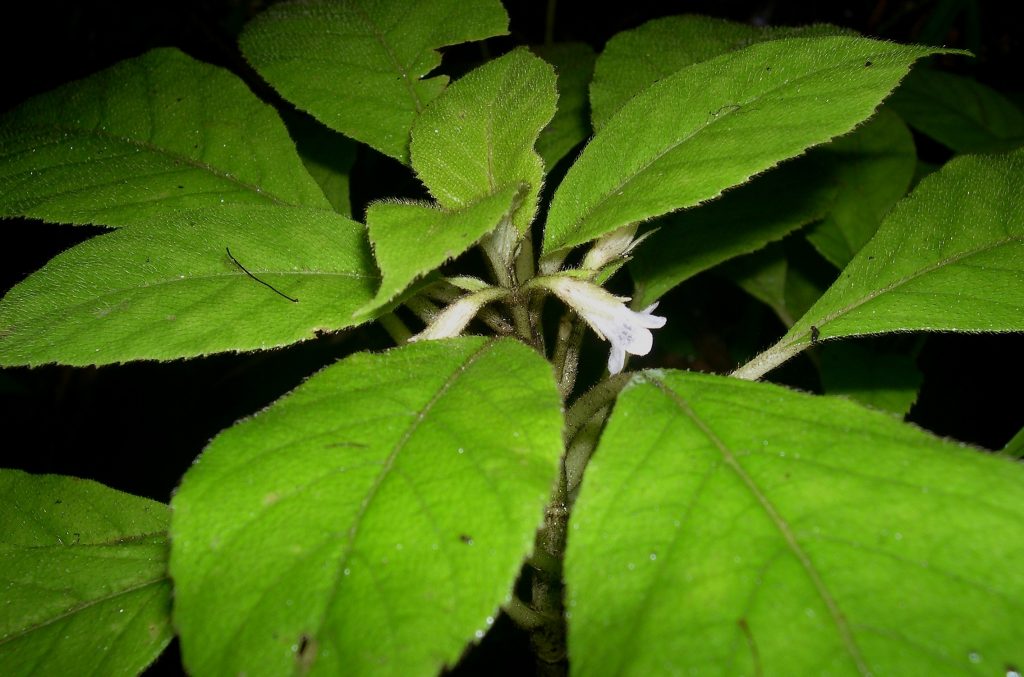 When the 1,514 acre Malama Kī Forest Reserve, and surrounding areas, were buried under acres of lava or scorched by fumes of sulphur dioxide in June, the largest known populations of the Nānāwale haʻiwale (Cyrtandra nanawaleensis), and Hilo Ischaemum (Ischaemum byrone) were forever lost.

The Nānāwale haʻiwale is a shrub in the African violet family, found only amid the lowland wet forests of Puna. Before the eruption, only 200 mature plants existed in the wild. These, representing more than one-third of the known existing plants in Hawaii, were lost to lava flows in Malama Kī forest reserve. The reserve also served as a habitat to sub-populations of native forest birds.

As the eruption continues, DLNR Division of Forestry and Wildlife (DOFAW) staff are preparing to salvage specimens from other sites to ensure the species is not lost to extinction.

Hilo Ischaemum is a native grass found in coastal areas on several islands, but mostly along the coast between Hilo and Puna. An estimated few thousand plants remain in the wild. However, several of the known sites on Hawaiʻi island occurred in areas that are now covered with fresh lava between Kapoho and Opihikao.

This is not the first time this plant has been damaged by volcanic activity.  In Hawaiʻi Volcanoes National Park, the main population occurred at Kamoamoa, which was subsequently covered by lava in the 1990’s.

Hawaiʻi’s native plants are famously unique and are vitally important to island culture and way of life. There are nearly 1,400 kinds, and almost one-third of them are listed as threatened or endangered by the State and Federal governments. Even with less than 1% of the landmass in the United States, Hawaiʻi has 45% of the country’s threatened and endangered plants.

While lava can quickly destroy populations of plants, the main threats to these unique plants are from alien invasive species. Aggressive non-native weeds out-compete native plants for light, water, nutrients, and space. Hooved animals like goats, pigs, sheep, and deer that are not native to Hawaiʻi have trampled, eaten, and uprooted plants across millions of acres in the state. Populations of native birds and insects that pollinate flowers and spread seeds of native plants have been reduced or have disappeared altogether. New plant diseases, like the ones causing Rapid ʻŌhiʻa Death, can destroy native plants that are defenseless to alien pathogens.

To counteract these threats, DLNR, federal partners such as the U.S. Fish and Wildlife Service and National Park Service, and many private organizations, work across the state to stem the impacts of alien invasive species on vulnerable flora. Because of the loss of these important populations, protections for the remaining Nānāwale haʻiwale and Hilo Ischaemum will be increased and collections will be secured for outplanting into other protected areas. Without direct intervention, some of these species could be lost forever.