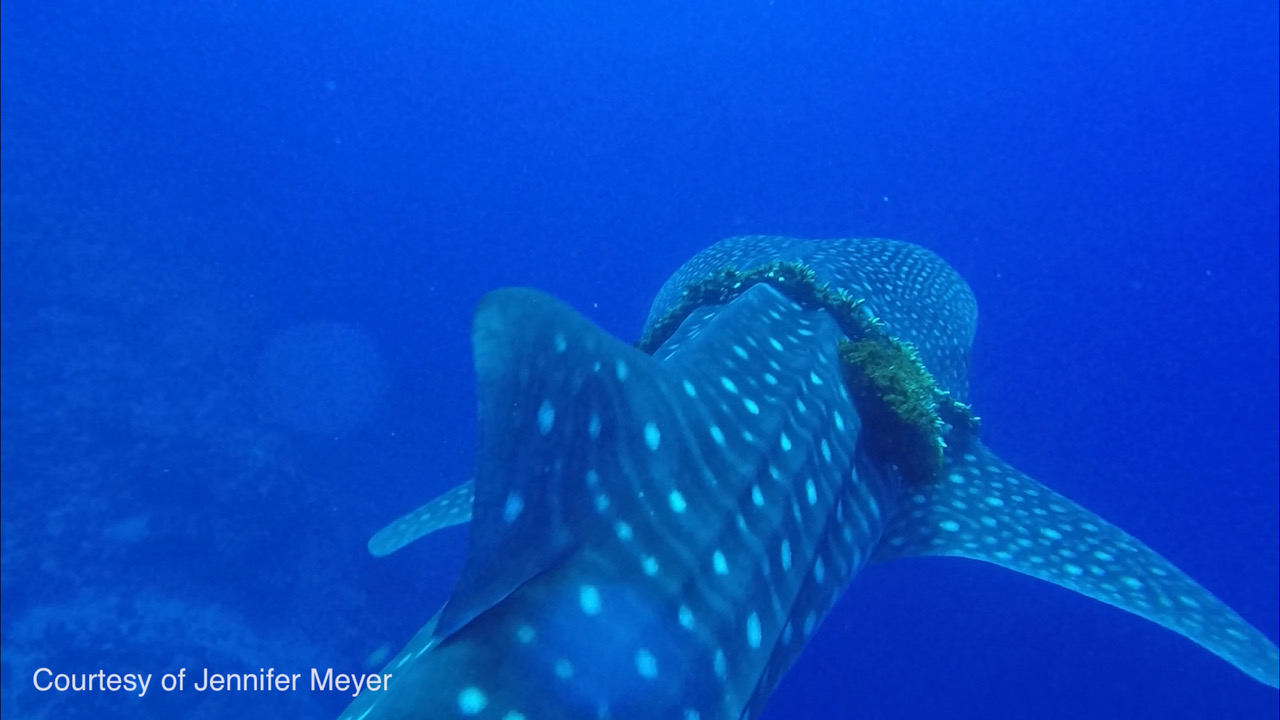 (Honolulu)  A juvenile whale shark with heavy gauge line wrapped around its mid-section was spotted a second time this week.  Initial reports of the entangled whale shark were received on Sunday off Olowalu and then on Thursday several commercial snorkel/dive tour companies reported the shark on the backside of Molokini, off Maui’s south shore.

Based on photographs, provided by ProDivers, the entanglement represents a tight wrap around the whale shark’s body forward of its pectoral fins.  The wrap is cutting into the animal, which is somewhat emaciated.  Fisheries experts believe the entanglement to be life threatening.

Whale sharks are listed as endangered worldwide with an estimated decline of more than 50% since 1975.  Like many marine animals they are at risk to threats like entanglement.  If the animal is re-sighted and conditions and resources allow, responders that are trained in large whale entanglement response under NOAA’s Marine Mammal Health and Stranding Response Program may attempt to remove the gear. While obviously not a whale, if the whale shark was to remain at or near the surface, the team would attempt to use a hooked knife deployed from a long pole (and from a boat) to cut the wrap of line entangling the animal.