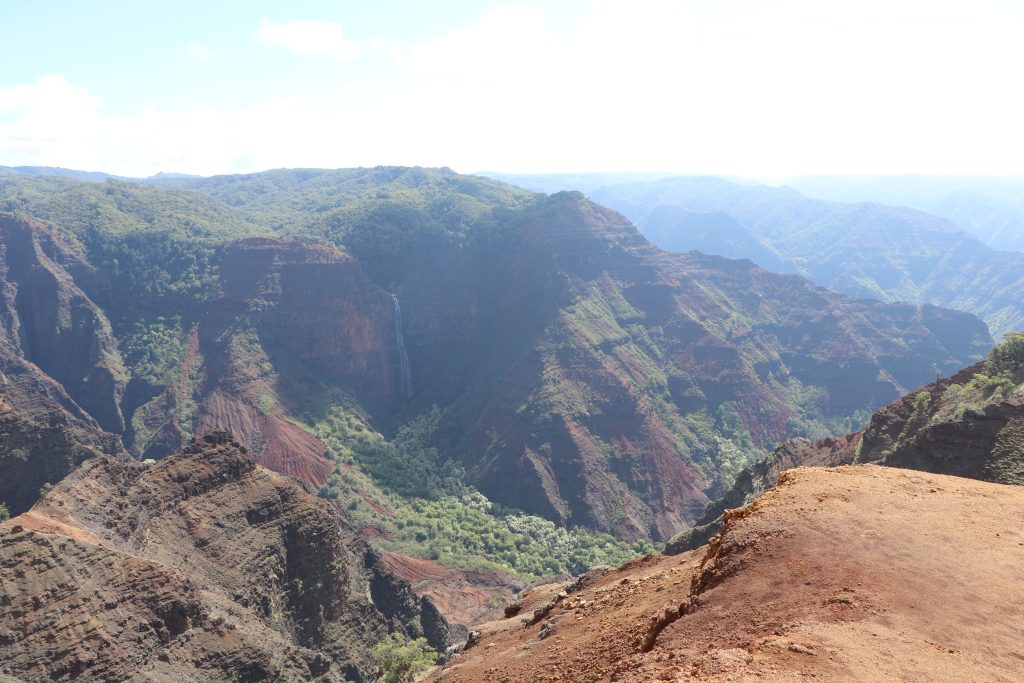 (LĪHUʻE) – As five members of a bird rescue team packed up for 10-days at a field camp in a remote area of Kaua‘i, they all understand the challenges they’ll face and a looming sense of desperation.

The team, comprised of staff from the Kaua‘i Forest Bird Recovery Project (KFBRP) and a representative from the DLNR Division of Forestry and Wildlife (DOFAW) and the University of Hawai‘i Pacific Cooperative Studies Unit (PCSU), is now searching for at least two of the critically endangered Hawaiian honeycreepers, the ‘akikiki.

A shocking drop in numbers of ‘akikiki was recorded last year at Halehaha, the field site, in the central mountains of Kaua’i. Biologists monitoring the area found that the population of more than 70 birds recorded in 2015 had declined to just five in 2021. By June this year, only two birds remained, both apparently males. Data from Halehaha, combined with data from other field sites on Kauaʻi where ʻakikiki numbers appear more stable, suggest that Halehaha is currently unsafe for ‘akikiki due to the presence of avian malaria.

Avian malaria, a disease carried by mosquitoes is believed to be the primary cause of the decline, which has decimated the ‘akikiki population, leading to estimates of the species going extinct in the wild as soon as next year.

Tyler Winter, the KFBRP Field Crew Leader said, “We’re going to try and locate and capture two banded birds, which researchers named Carrot and Abby.” Abby is the almost two-year-old offspring of Carrot, a male, and Na Pua, an un-banded female. As of last December, they’d produced two chicks, one of which was captured late last year and flown to the Maui Bird Conservation Center (MBCC), operated by the San Diego Zoo Wildlife Alliance.

“Although she has a female name, we’re not certain of Abby’s sex. In the last four to five months, unfortunately we have not spotted Na Pua. We expect to encounter the other two and hopefully the third and get them all into safety before avian malaria fells them, like so many others of their species,” Winter explained.

“The only thing more devastating than the sudden disappearance of ‘akikiki over the last few years is realizing that the exact same thing is coming for the rest of Hawaiian honeycreepers in the very near future,” commented Justin Hite, the KFBRP Field Supervisor.

Hite added, “At this point the ‘akikiki’s chances are bleak…very bleak. But the ‘akeke’e and the ‘anianiau do not have to suffer the same fate. They will, if we do not act. That is certain.”

All year, survey teams have been trapping mosquitoes on Kaua‘i, Maui, and Hawai‘i Island to produce data on insect population distribution. This will help inform management decisions for a proposed project to introduce incompatible male mosquitoes into the forest habitats of honeycreeper species, which will suppress mosquito reproduction and lead to smaller mosquito populations.

Cara Thow, the DOFAW/PCSU Avian Disease Research Supervisor for Hawai‘i Island, is taking a break from her survey work to join the search and rescue effort. This will be a series of firsts for her. The first time flying in a helicopter and hopefully the first time to see an ‘akikiki in the wild. She was invited to join the mission because of her skill in banding the tiny birds.

“Bringing them into captivity is the best shot for the species, because otherwise they are going to succumb to avian malaria. This really brings it home for the work we’re doing on the Big Island, and the work survey teams are doing across the state. If we can’t control the mosquitoes, extinction is the trajectory we’re looking at for all the Hawaiian honeycreepers. We need to up our game,” Thow said.

Hite pleaded, “I hope people want to help. Sadly, there isn’t much we can do as individuals to make a difference. The mosquitoes are out there, malaria is out there, and they are coming for the birds. No matter how much recycling you do, how little carbon you burn, that won’t stop it. We hope people will support the release of incompatible male mosquitoes to drive down the population of bird-killing malaria-infected mosquitoes. This is the only conservation action that will not just help stop the impending extinction of these birds, it could even allow them to expand back out into areas they’ve already disappeared from.”

If the team is successful in capturing birds, they’ll join 36 other adult ‘akikiki at MBCC, with the hopes that through captive breeding the population will be safe and increase enough to release birds back into the wild, once avian malaria is under control.

HD video – One Bird, One Hope for a Species (as seen on select Hawaiian Airlines flights):