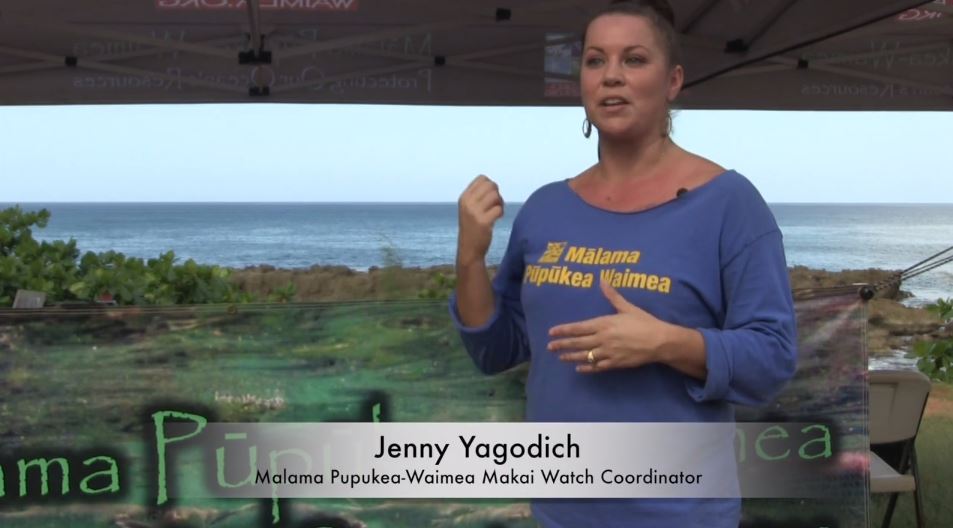 HONOLULU – Hawaii’s Makai Watch Program is a collaborative program where communities, non-government organizations (NGOs), and the Department of Land and Natural Resources (DLNR) work together to improve stewardship of marine and coastal resources.  This innovative program is modeled after the successful Neighborhood Watch programs.

In communities statewide, Makai Watch volunteers serve as the eyes and ears for the DLNR Division of Conservation and Resource Enforcement (DOCARE) officers.  Volunteers also participate in awareness raising, outreach, and human-use and biological monitoring activities.

Mālama Pūpūkea-Waimea (MPW) is a non-profit organization, formed in 2005 as part of the State’s Makai Watch community stewardship program. Its programs educate residents of Hawaii and visitors to the Pūpūkea Marine Life Conservation District about the importance of this special area’s marine life and protected status. This year, MPW will celebrate the 31st anniversary of the conservation district, as the organization continues to thrive and grow with increased community support, expanded programs, a hearty volunteer network, strong partnerships, and a dedicated board and staff.

MPW became the first Makai Watch (eyes on the ocean) program on Oahu in partnership with DOCARE and the DLNR Division of Aquatic Resources (DAR). In 2006, the organization initiated its biological and human use monitoring programs, and began weekly outreach tent operations on Saturday’s with a dedicated core of community volunteers and a volunteer advisory board. Board member and long-time North Shore resident Bob Leinau shared, “Makai Watch is a unique way for the community to be a part of the solution in caring for our resources.  Rules are meaningless without enforcement and with the community’s help DOCARE has a better chance of protecting the marine life conservation district.”

MPW Coordinator Jenny Yagodich has been involved with MPW for five years and has helped to bridge the relationship with community members, visitors, and government representatives.  She said, ““Makai Watch has been a success. Through education, monitoring and outreach, our community is able to help DLNR reach its goals of providing fish and other marine species with a protected area, in which to grow and reproduce to ensure abundant resources for future generations.”

Makai Watch training will be offered at a later date for volunteers to learn about the Observation and Incident Reporting (OIR) component of the Program.  Participants will learn to identify what is and is not a resource violation, learn and clarify common rules and regulations, and also how to efficiently report a resource violation to DOCARE to allow for proper response and follow-up.

Learn more about the Makai Watch program in this video presentation before the State Board of Land and Natural Resources: https://vimeo.com/104158228