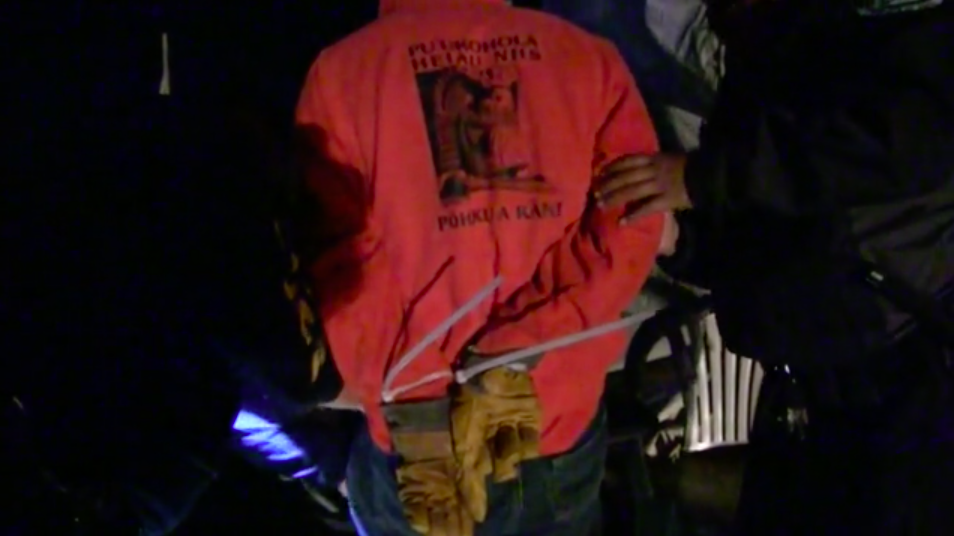 Law Enforcement Actions Under Maunakea Emergency Rule Begin
7 Arrests and 6 Citations
(HILO) – Early Friday morning, July 31, 2015, officers from the DLNR Division of Conservation and Resources Enforcement arrested seven men, camping in the restricted area on Maunakea on Hawaii Island. The Hawaii County Police Department provided transportation support and booking and rangers from the Office of Mauna Kea Management provided logistical support. An additional six men were issued citations and voluntarily left the mountain. Under the emergency rule approved by the Board of Land and Natural Resources and signed by Governor David Ige, it is illegal to be in the restricted area along Mauna Kea Observatory Access Road from 10 p.m. – 4 a.m. The arrests and citations follow more than a week of awareness efforts to ensure people knew the particulars of the emergency rule. These efforts included the placement of signage around the Mauna Kea Visitors Center and the handing out of educational flyers which detail the specific provisions of the rule. Additional law enforcement efforts can continue at any time while the rule is in effect. DLNR Chair Suzanne Case said, “Our DOCARE officers have done an outstanding job of informing people about the emergency rule. I’m proud of the professionalism they demonstrated, both in making people aware of the rule and in enforcing it.”