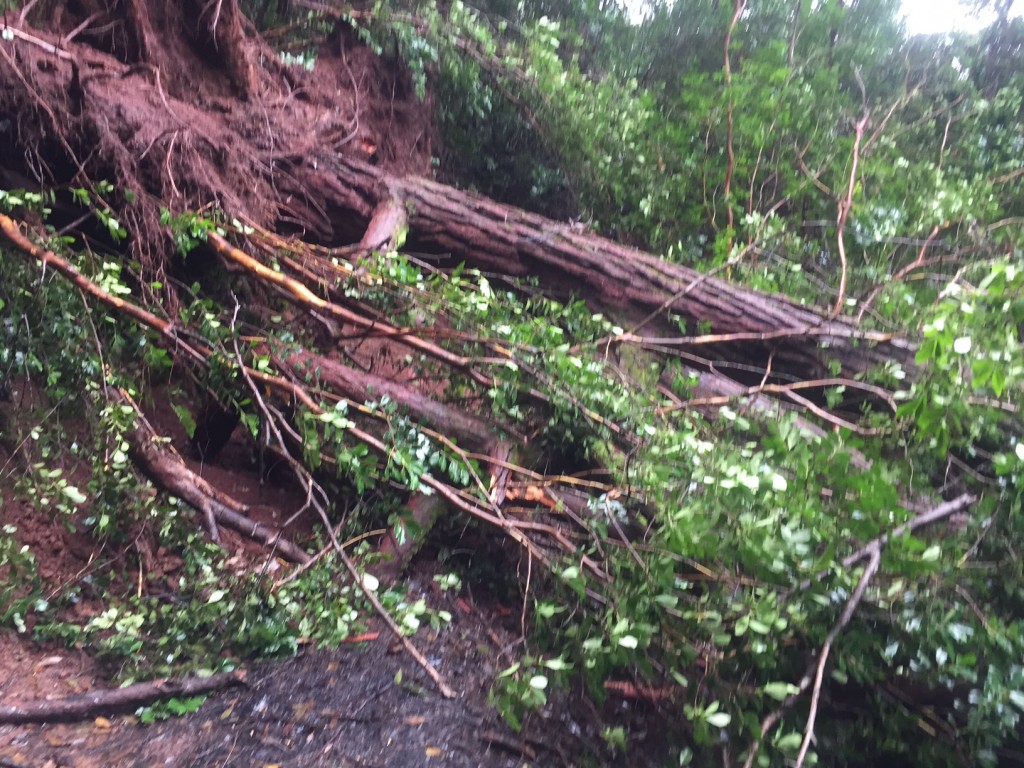 HONOLULU —   The Department of Land and Natural Resources has temporarily closed the ‘Aiea Loop Trail in Keaiwa Heiau State Recreational Area, for public safety, due to two landslides with fallen trees on the trail.

DLNR’s Division of State Parks has posted trail closed signs at both ends of the popular loop trail.  The landslides were reported on Monday by a hiker.

The park is OPEN, only the trail is closed. Work to clear the large fallen trees and damage to the trail will begin next week. Future updates on trail status will be posted on the State Parks websitehttps://dlnr.hawaii.gov/dsp/  under “Announcements.”

Much of this area was replanted by foresters in the late 1920s. The lemon eucalyptus trees give the air a light citrus fragrance. Stands of Norfolk Island pine trees mark the lower end of the trail. Look for the native koa and ohi‘a trees as you reach Pu‘u Ua’u, the high point about midway along the length of the trail. You might also see remnants of a B-24 bomber that crashed in 1944.

For more information about the trail go to https://dlnr.hawaii.gov/dsp/hiking/oahu/aiea-loop-trail/