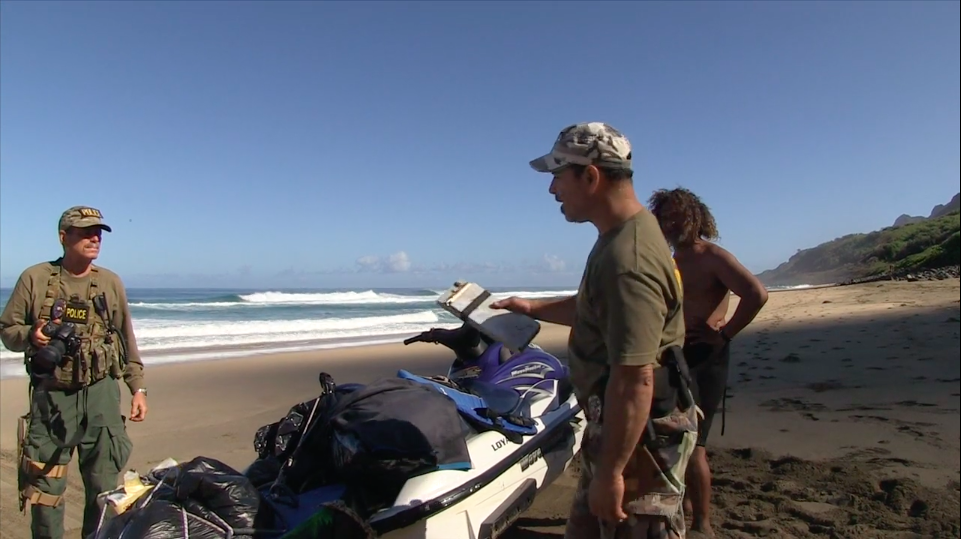 (HONOLULU) – Combined law enforcement and clean-up operations at the world-renowned Kalalau Beach in the Napali Coast State Wilderness Park on Kauai over the past month, have resulted in dozens of citations, an arrest, and the airlifting of tons of accumulated rubbish from the area.

During four separate enforcement visits in January and February, DOCARE officers issued nearly 70 citations to hikers and backpackers who did not have state-issued camping permits.  These permits allow a maximum of 60 people to camp in designated areas fronting Kalalau Beach for five days at a time. Suzanne Case, DLNR Chair said, “The Kalalau region is remote, and that’s precisely what makes it a world-class destination for backpackers.  This remoteness gives it its wilderness character.  My administration is committed to restoring the entire Napali Coast to the kind of condition all of Hawaii can be proud of. The Napali Coast is perhaps the most photographed area in all of Hawaii. It is heavily used and this is the reason we have laws that balance visitation with protection of natural and cultural resources along the coast and within the Napali’s stunning valleys.”