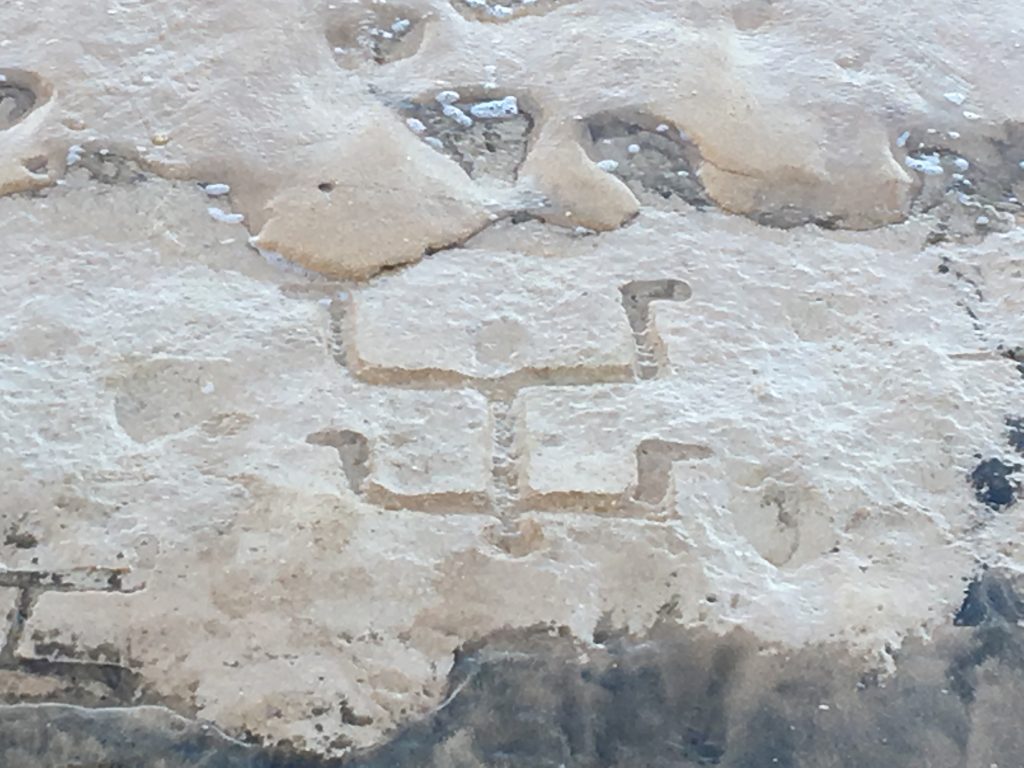 (HONOLULU) – On a warm July evening, visitors Lonnie Watson and Mark Louviere from the Ft. Worth, Texas metro area did what they normally do during their frequent visits to Hawaii.  They wandered out to the coastline to watch the setting sun. On this particular day they spotted something that they say has humbled and blessed them. Watson explained, “For some reason there was a beam of light…just a beam…it landed right on one of them and for some reason I just turned my head. I said, look, it was just a stroke of luck.”

What they saw was a large petroglyph, etched into the sandstone. Upon further investigation, they discovered at least 10 figures, stretching over roughly 60 feet of beach. While it’s likely this series of petroglyphs, created by aboriginal inhabitants of the Waianae coast, have revealed themselves in the past, this is the first time they’ve come to the attention of the DLNR State Historic Preservation Division (SHPD) and the U.S. Army. Both agencies have been working together to record and document the petroglyphs; which now number at least 17 figures.

Army archaeologist and Waianae native Alton Exzabe was one of the first officials to arrive at the site. He said, “What’s interesting is the Army in Hawaiʻi manages several thousand archaeological sites, but this is the first one with petroglyphs directly on the 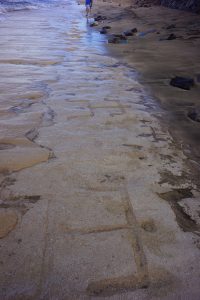 shoreline.  What’s exciting for me, is I grew up coming to this beach and now as an archaeologist working for the Army, helping to manage this site, we discovered these petroglyphs that have never been recorded. Some people have said they’ve seen them before, but this is quite a significant find.”

Several days after the Texas families first saw the petroglyphs, a small group of people stood atop the rocks as sand was washing back in to recover them. Exzabe and fellow archaeologists from the SHPD encourage people to look and not touch. Even the process of scraping sand away by hand or with brushes can damage the integrity of the figures.

Exzabe added, “We can now come up with a plan to further protect and preserve this site.  The ones with the fingers, for me, are pretty unique. I believe there are some elsewhere with fingers, but fingers and hands are pretty distinct, as well as the size of them.  We find a lot of petroglyphs that are a foot or so tall, but this one measures 4-5 feet from head to toe. It’s pretty impressive.”

The petroglyphs were only viewable for a short time. Since the Texans’ initial reporting, the sand has moved back in to cover them; however, the Army and SHPD are committed to protecting the “new” discovery whether visible or not. 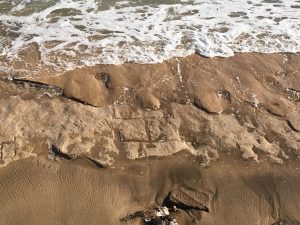 Dr. Alan Downer, the administrator for the SHPD said, “We’re eager to join the Army in developing a protection and preservation plan for these petroglyphs. They are an important part of Hawaii’s culture and while sands have covered them again, in time they will reappear and we want to make sure people know that they are fragile and culturally sensitive and should only be viewed; not touched.”