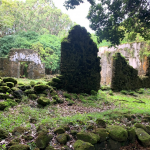 (Kapolei) - Every five years the state updates the Statewide Historic Preservation Plan, which provides focus of efforts to preserve, protect, and manage places important to Hawai`i’s history and culture. 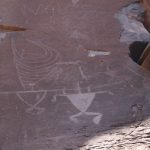 (OLOWALU, MAUI) – From a distance, it appears a flock of birds left their collective droppings all over a cliff face that holds some of the finest examples of Hawaiian petroglyphs. Also known as Pu'u Kilea, there are about 100 petroglyphs spread across the face of the basalt cliff in the Olowalu Valley.

(Honolulu) – The DLNR State Historic Preservation Division (SHPD) will be transitioning from its current submission process for the review of projects and federal undertakings to digital submission through the Hawaii Cultural Resource Information System (HICRIS).  After the transition is complete, HICRIS will be the only way that submittals for project review under Hawai’i Revised Statues or the National Historic Preservation Act will be accepted.

(Honolulu) – Out of an abundance of caution and to facilitate social distancing recommendations, DLNR and its divisions are announcing the following closures to help reduce the potential spread of COVID-19. DLNR Chair Suzanne Case said, “We appreciate everyone’s patience and understanding during this time of major inconvenience. We intend to reopen parks and facilities as soon as the novel coronavirus is no longer a threat. These steps are being taken to protect all visitors and constituents, as well as our staff, while maintaining a high level of service.” 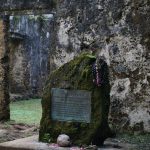 (HONOLULU) – Vandalism to King Kamehameha III’s Summer Palace at Kaniakapūpū in the spring of 2016 and again this year prompted the DLNR Division of Forestry and Wildlife (DOFAW) and the State Historic Preservation Division (SHPD) to install barriers around the crumbling 175-year-old historically and culturally significant structure. It has been on the U.S. National Register of Historic Places since 1986. 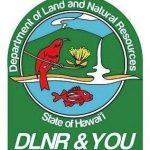 (Honolulu) –Starting on Monday April 8, 2019 and until further notice, the Department of Land and Natural Resources State Historic Preservation Division (SHPD) will institute “I Mua Mondays”. On all Monday’s SHPD offices statewide will be closed to the public and SHPD will not accept meetings, phone calls, emails or “walk-ins”. SHPD’s Library will also be closed on “I Mua Mondays.” 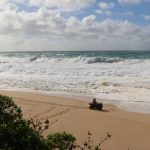 (Honolulu) – Maintenance workers with the Dept. of Land and Natural Resources begin the process today of cleaning up from the weekend’s powerful winter storm. Heavy surf and high winds broke nine vessels away from their off-shore moorings on Maui and Molokai. At the Lahaina Small Boat Harbor on Maui six boats ended up on rocks on the shoreline. Two boats came ashore in Kihei one on Molokai. 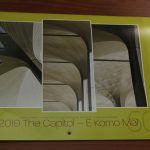 HONOLULU – The year 2019 marks the 50th anniversary of the formal opening of the Hawai‘i State Capitol. Dedicated on March 15, 1969, the 10th anniversary of the passing of the Hawai‘i Statehood Bill by Congress, the building stands unique among the other 49 state capitol buildings, proclaiming Hawai‘i to be part of the United States, but not part of America.