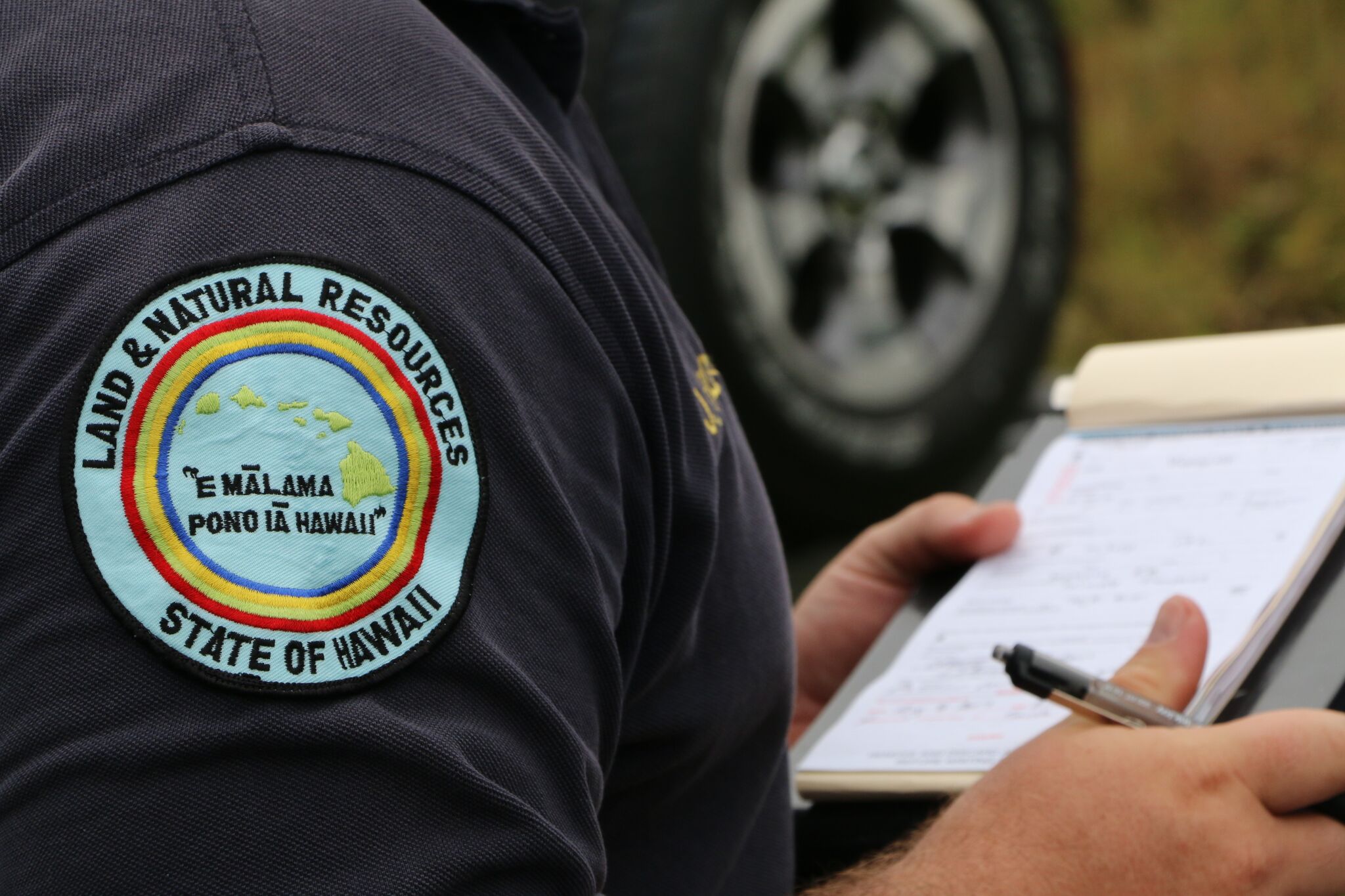 (Waimea) – More than 60 hikers were either cited or warned today for trespass into the closed Kohala Forest Reserve on Hawai‘i island. A team of eight officers from the DLNR Division of Conservation and Resources Enforcement (DOCARE) wrote citations to 49 adults and gave written warnings to 14 hikers under the age of 18.

Social media has popularized the so-called White Road hike, even though the forest reserve it passes through has been closed since shortly after a 2007 earthquake. DOCARE North Hawai‘i Supervisor Verl Nakama said, “People don’t realize this is a dangerous hike and if you get hurt there’s no cell service and help can be a long ways off.” He hopes people who got citations today, requiring court appearances, will help spread the word that there are numerous, equally as stunning, safe and legal hikes across the state.

For most hikers trespassing into the forest reserve, their destination is a water flume on the Kohala ditch that drops 35 feet into a small, shallow pool. Officers say it’s amazing no one has been hurt sliding down the flume. In addition to trespassing onto closed DLNR lands hikers pass through private land, Dept. of Hawaiian Home Lands (DHHL) property, and across physical features under the jurisdiction of the Dept. Of Agriculture (DOA).

As officers took individuals or small groups of hikers aside to explain why they were being cited, they asked if the trespassers crawled over two locked gates and noticed numerous closed and no trespassing signs? In every instance each hiker said yes, they’d ignored the gates and signs.

DLNR plans to inform travel oriented websites and blogs that post encouragements to ignore the law, to inform their readers that they will be cited if they trespass into the Kohala Forest Reserve and the restricted Kohala watershed. Hunters and others with valid permits from the DLNR Division of Forestry and Wildlife (DOFAW) can legally enter the reserve as long as they are engaged in activity listed on their permits. “Shooting the flume is never one of those activities and is just one of the dangers trespassers don’t often take into account”, according to Nakama. DOCARE plans additional, unannounced sweeps in the future.