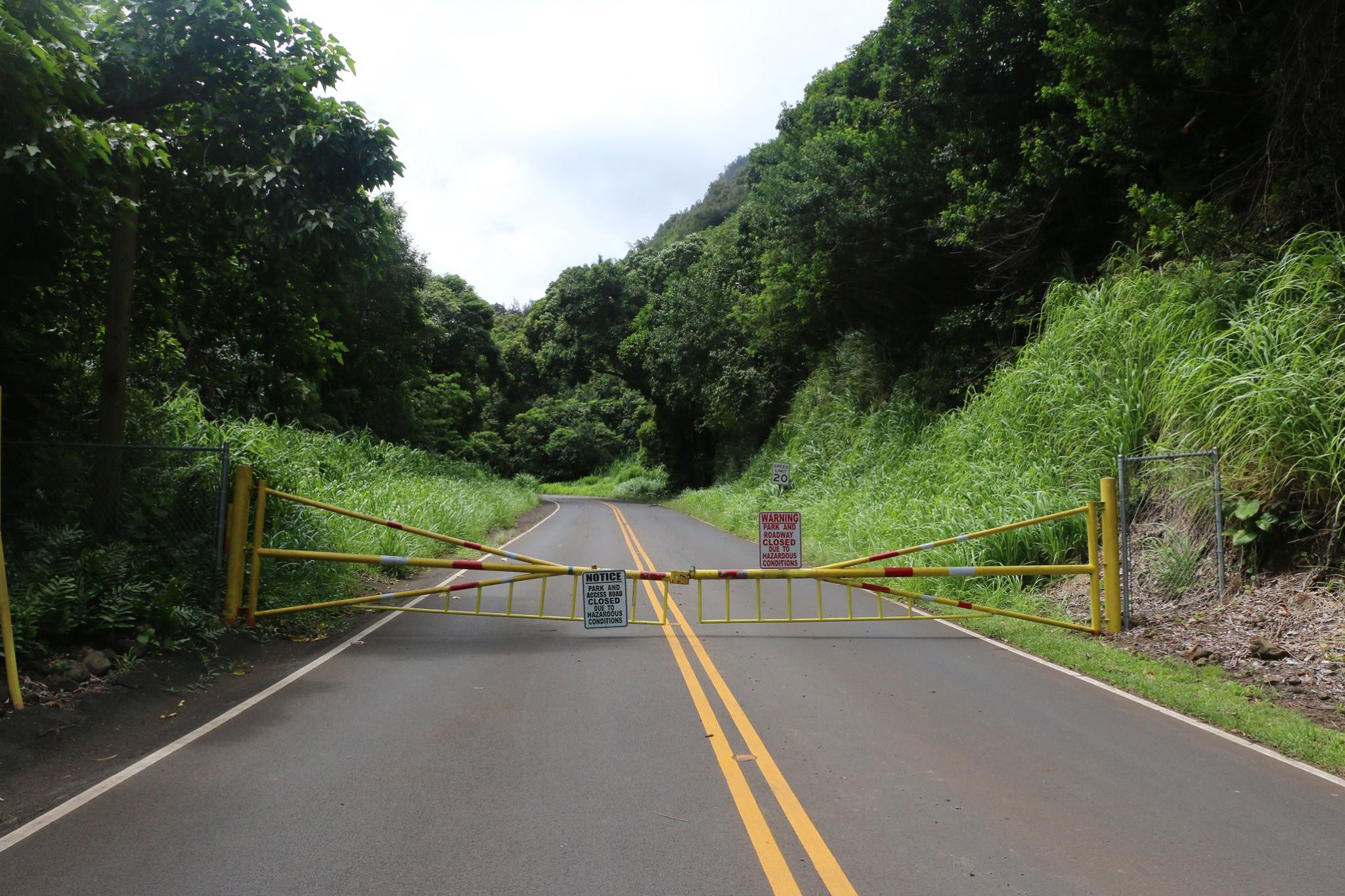 Wailuku, Maui – ‘Iao Valley State Monument is now not expected to reopen until early August 2017,  as the Department of Land and Natural Resources (DLNR) continues work to complete repairs to make the park safe for public visitation following major flooding and damage in late 2016. It remains closed until further notice for public safety reasons.

Interim sope stabilization in the ‘Iao Stream has been completed, but the park is still a construction scene with heavy equipment while the Division of State Parks is still completing parking lot restriping, installation of flexible traffic delineators, and installation of security guardrail fencing at various locations in the park. Repairs to the pedestrian bridge will round out the interim improvements.

A significant phase of streamside slope stabilization will be required later in the year.  An additional park closure will be announced during that phase of work.

State Parks Administrator Curt Cottrell said, “We’ve worked hard to inform the Maui community and visitors that ‘Iao Valley is currently closed.  We realize this is a major disappointment for the thousands of visitors who have a trip to the state monument on their must-see lists. Anytime construction has to stop because of the presence of unauthorized individuals, it could have the impact of delaying the ultimate reopening of the park.”

While the park is closed, anyone found within the closed park may be cited for a violation of Hawaii Administrative Rules Chapter 13-146-4, which is a petty misdemeanor punishable by up to 30 days in jail and a fine of up to $1,000.

Cottrell concluded, “We certainly don’t want anyone to get hurt because they chose to ignore more than a half-dozen closed signs. Our staff and contractors are working diligently to repair the damage and restore ‘Iao Valley State Monument to its pre-flood condition. We ask for everyone’s kokua to help make that happen…by not trespassing into closed areas.”