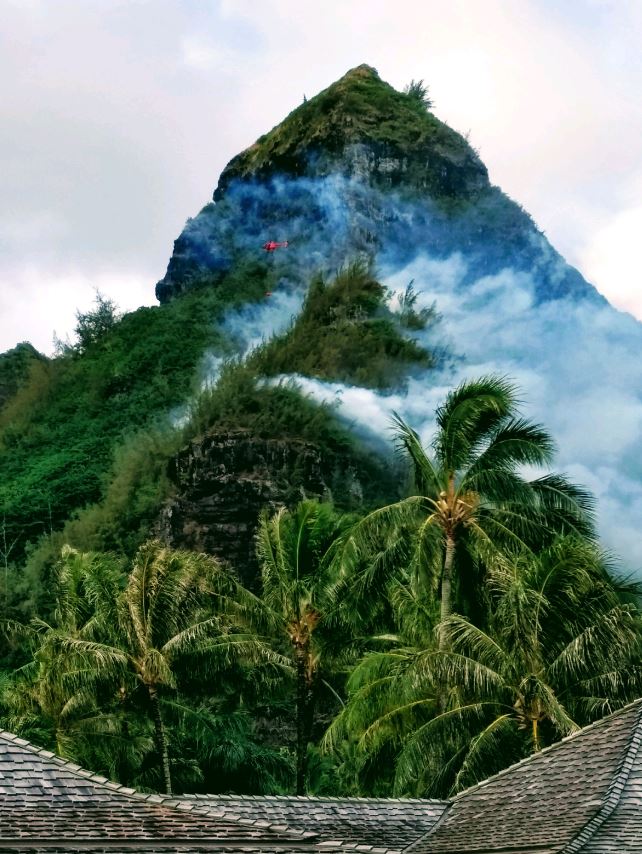 The fire, first reported early this morning, is burning on the middle ridge between the Ha‘ena State Park boundary and Limahuli valley.  According to fire supervisors from the DLNR Division of Forestry and Wildlife (DOFAW), the fire is burning mostly on a very steep ridge, is not advancing much, and is still a few ridges away from the Kalalau trail.  At this time it is not threatening to move near to or across the trail.  Firefighting efforts are currently focused on the Limahuli side of the fire.  There are two helicopters making water drops on the flames, including the Kaua‘i Fire Department’s Air 1 chopper and a DOFAW contract helicopter. Additionally two engines and firefighters from DOFAW are on the scene.  Two DOFAW staff are on the trail to warn hikers to stay put.  The trail is under the jurisdiction of the DLNR Division of State Parks, which is working out a more formal notification system should it be needed.

The cause of the fire, containment and control predictions are not currently available.