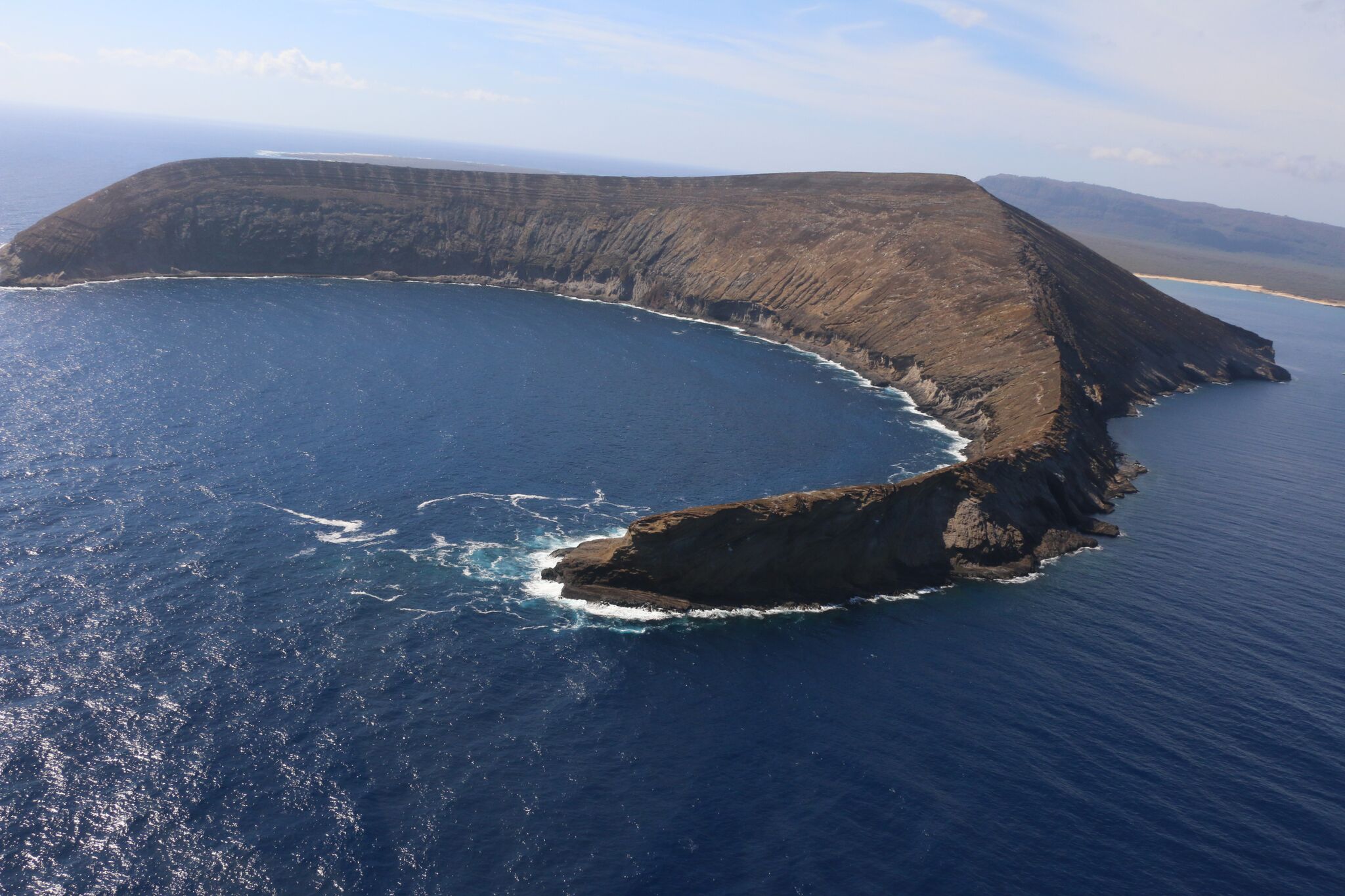 (HONOLULU) – The recent project aimed at eradicating invasive rats from the State of Hawai‘i’s Seabird Sanctuary on Lehua Island is the subject of a half-hour long TV documentary that chronicles the operation from beginning to end. Scheduled for broadcast on KFVE-TV (K5) on Saturday, Oct. 21st and Sunday, Oct. 22nd at 9:30 p.m. and 6:30 p.m. respectively, the program was produced by DLNR with support from the Lehua Island Restoration Steering Committee; the group of government agencies, non-profit and community organizations, and other supporters involved in the eradication of rats.

DLNR Chair Suzanne Case said, “We see this as an opportunity to show people exactly what happened during the trio of aerial applications of rodenticide in August and September, as well as to highlight the stunning beauty of Lehua Island, the incredible diversity of bird life possible on a rat-free island, and the tremendous amount of planning and thought that led up to the eradication project. Few people actually get to go to Lehua and I think viewers will be astounded that this little island off Kaua‘i’s west side is so rich in life – with the successful demise of rats there, soon to be a much richer place in all respects.”

Island Conservation (IC) is the world renowned organization contracted by the State to conduct the restoration project. Dr. Patty Baiao, Hawai‘i Program Manager for IC, explained, “This show is incredibly visual and is in alignment with our oft-stated goal of being completely transparent about the restoration project.  We understand and appreciate community concerns about dropping rodenticide on an island, but hope that when people see and hear from the dozens of really dedicated individuals closest to this project, they will come to the realization that this was done with extraordinary care, thought, pre-planning and execution.”

While no rats have been spotted by monitoring teams since after the first aerial application in August, Lehua Island will not be declared rat-free until a year after the last application. Rats are documented to be voracious predators of seabird eggs, chicks, and the seeds of native plants that seabirds rely on.

The television program includes interviews with project leaders and participants, with community members, cultural practitioners, and outside experts who all reinforce the science and cultural reasons for the removal of rats from Lehua.