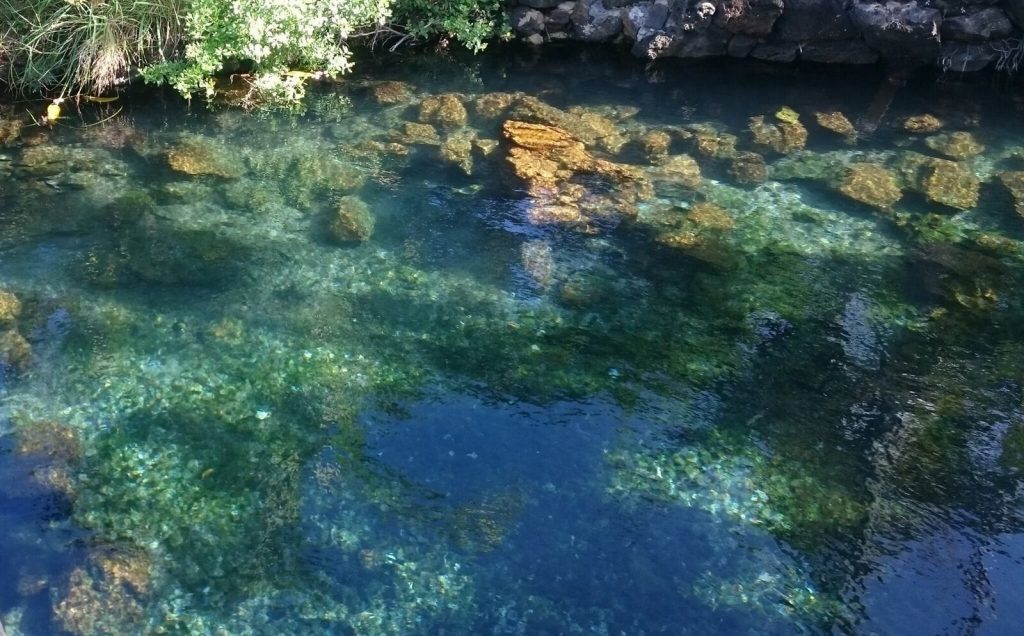 HONOLULU — A project to revitalize one of only six remaining fishponds on O‘ahu took a significant step forward in the fall with the demolition and removal of two abandoned/condemned residential structures that shared the beach front property along busy Kalaniana‘ole Highway in Niu Valley in east Honolulu. Work at the site of the historic Kalauha‘iha‘i Hawaiian fishpond (also known as Lucas pond) was completed two months earlier than planned. Work to clear the property and restore a more natural state was completed in September.

Hawai‘i State Representative Mark Hashem said, “I want to thank the Maunalua Fishpond Heritage Center (MFHC) and the Department of Land and Natural Resources (DLNR) for working on this project.  The process started in 2012 when the property was transferred from the Department of Transportation (DOT) to DLNR.  Today with the old structures removed, people have an unobstructed view of the historic fishpond.”

Maunalua Bay, located at the southeast end of O‘ahu, was once home to many large Hawaiian fishponds. Currently only the Kalauha’iha’i fishpond and nearby Kanewai Pond remain. The pond’s original owners were King Kamehameha I and Queen Ka‘ahumanu who maintained a summer resort residence on Paiko Beach. The name Kalauha‘iha‘i refers to Queen Ka‘ahumanu’s breaking of the old kapu (the ancient system of laws and regulations) when she became Christian. This is said to have taken place on the property.

Suzanne Case, DLNR Chair said “Loko i‘a, or traditional Hawaiian fishponds, are unique aquaculture systems that provide educational opportunities for the community to learn about one of Hawaii’s most significant traditional cultural resources.  The completion of this project is the first step in connecting with the community to revitalize one of many fishponds that still exist in Hawai‘i.”

Currently, the Maunalua Fishpond Heritage Center has a right-of-entry to the site to provide scientific, education, and conservation activities.  MFHC Board President Chris Cramer added, “We see great value in this effort where the DLNR works with the community to enhance our natural resources. The demolition of the unsafe structures strengthens the community effort to revive one of Honolulu’s last fishponds. We appreciate the care and precautions taken during this process to protect the historic and cultural resources at the fishpond.”

In the 1990s, the freshwater spring flow to the fishpond was impacted during the widening of Kalaniana‘ole Highway.  During the construction project, the fresh water spring was damaged by somehow obstructing the lava tubes that allowed spring waters to flow from the mountain to fishpond. The next phase of the revitalization project will be to conduct a study to determine the feasibility of restoring the underground artesian source mauka of the fishpond

R.M. Towill Corp. and Close Construction, Inc.  were retained for the design and construction, respectively, for the challenging demolition project, located over water and along a busy highway.  One of the homes straddled the fishpond and contained a glass-paned floor. Because the original structures were built in 1960, appropriate precautions were included within the contract requirements involving the removal of asbestos, lead paint, arsenic, and PCB and mercury light ballasts and lamps.  The contract amount was $164,940.