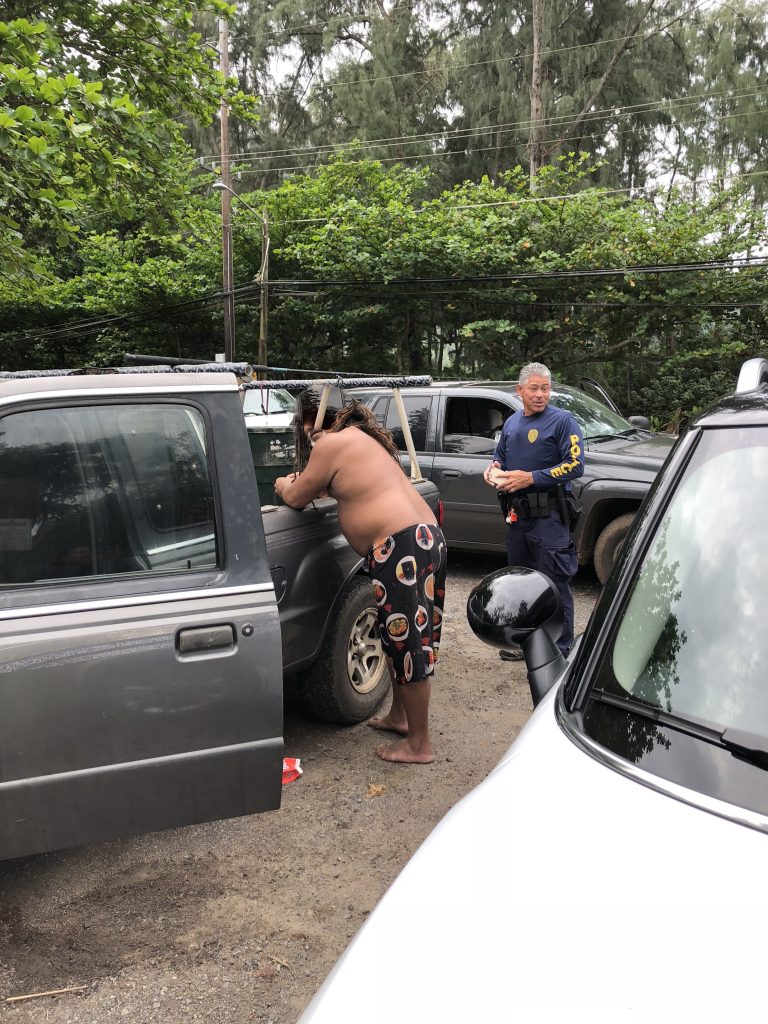 That evening, around eight o’clock, individuals noticed lights shining near and around Huilua Fishpond. They report seeing three or four people walking on the fishpond wall for quite some time.

The next morning at 5:45, people, again, observed three or four individuals with nets and a boat near the Huilua fishpond.  “We were watching them and it appeared they were laying nets,” said a witness. She used the free DLNRTip application on her smartphone to report the possible illegal activity directly to DOCARE. 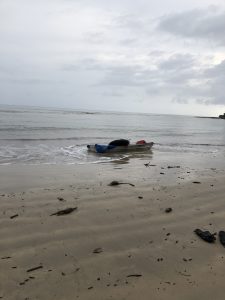 After the officer’s investigation, they cited two men for taking ‘ama‘ama out of season, and for possessing and using unregistered laynets. The nets and boats were seized for evidence and depending on the outcome of legal action against the pair, confiscated items might not be returned. 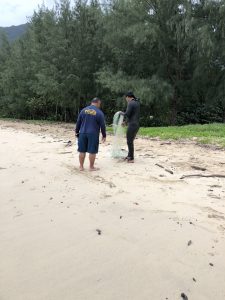 Anyone who hikes, plays in the ocean, hunts, fishes, or enjoys Hawai‘i’s wealth of natural and cultural resources is encouraged to download the free DLNRTip app.  All tips are anonymous and effectively assist conservation officers stop illegal activity as it is happening.