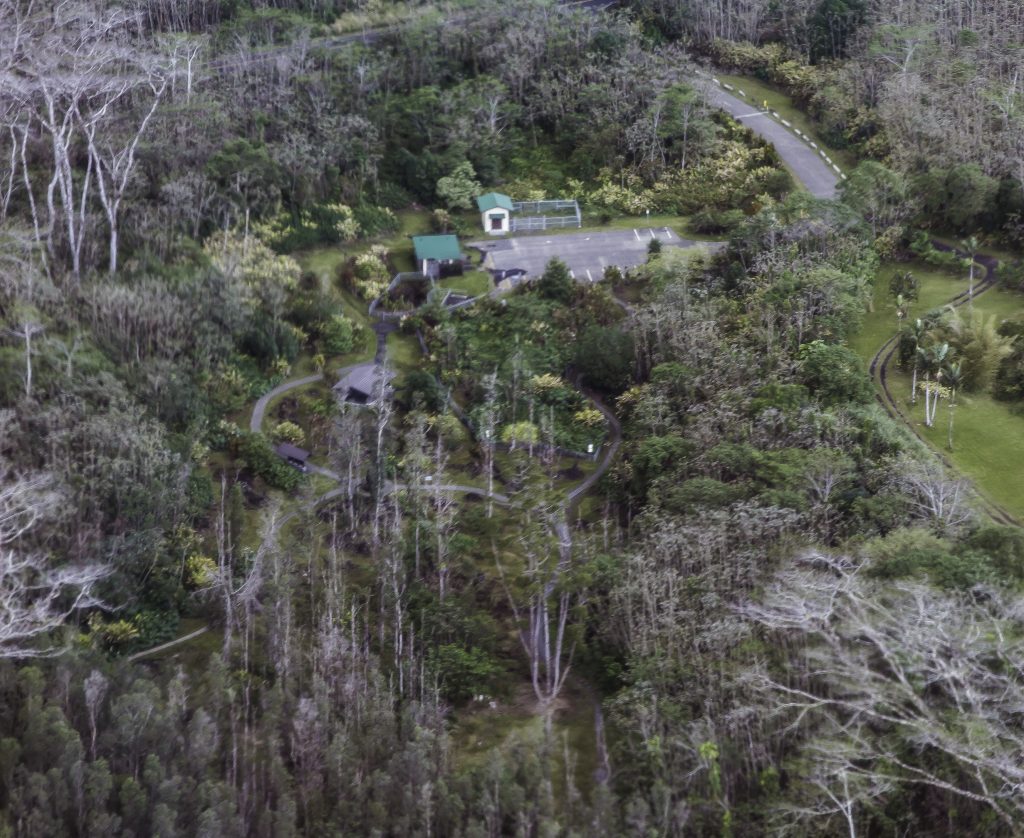 (Hilo) – Over the past week the number of citations written for loitering in closed areas in the East Rift Eruption Zone has dropped.  Officers from the DLNR Division of Conservation and Resources Enforcement have only written two citations, bringing the total since the eruption began in early May to 84.

On June 29th, 37-year-old Daniel W. Records of Pahoa was cited at the entrance to Lava Tree State Monument which has been closed since the eruption began.  Officers report he was riding a motorcycle, traveling up Lava Tree Road from the Highway 132 entrance.  This is his second citation for loitering in a closed disaster area. He was one of five people cited in the same area on June 6, 2018 for loitering under Hawai‘i County code.

Another Pahoa resident was cited by DOCARE officers on July 3rd.  He’s identified as 49-year-old Ano Hanamana. He was cited after officers observed him walking in the closed disaster area near Papaya Farms Road.

DOCARE reminds people that under a proclamation issued last month by Governor David Ige, people convicted of violating HCC 7-10(1) could face penalties of up to $5000 in fines and a year in jail. In support of Hawai‘i County Police and the Hawai‘i County Civil Defense Agency, DOCARE is continuing patrols in closed areas which include Lava Tree State Monument and MacKenzie State Recreation Area, both of which are under the jurisdiction of the DLNR Division of State Parks.