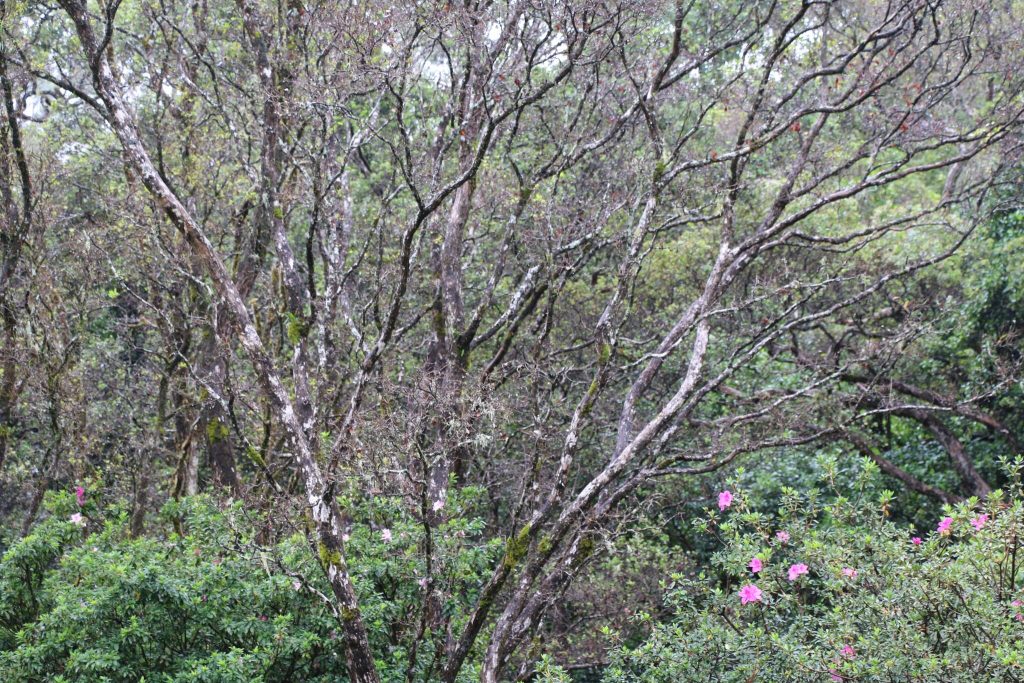 (Hilo) –  Next week staff from the Big Island Invasive Species Committee, the DLNR Divisions of State Parks and Forestry and Wildlife will be working to fell and remove several `ohi`a trees that show symptoms of the fungal disease known as Rapid ʻŌhiʻa Death (ROD). After the first suspected detection at Kalōpā State Recreation Area in late July, three trees were sampled in the park and three in an adjacent forest reserve.  Five of the six samples tested positive for C. lukuohia, one of a pair of fungi associated with Rapid ʻŌhiʻa Death and the most aggressive of the two.

Additional UAV (drone flights) have been conducted as well as additional sampling of trees in the state recreation area, adjacent state forest reserve lands and on adjacent private lands.

Crews will use a lift to remove infected and dead trees from Kalōpā and may bring down trees in other areas.  They’ll be installing boot-brush stations at trailheads in the state recreation area.  These stations have brushes and isopropyl alcohol (70%) to use on footwear to help prevent the spread of the disease.

The detection of ROD was done utilizing digital mobile sketch mapping…an aerial mapping technique used quarterly on all islands to check for the spread of the fungal disease.  It has impacted an estimated 135,000 acres of forest on Hawai‘i island and a less virulent strain has been detected in an isolated area on Kaua‘i. The Kalōpā detection is roughly 12 miles from the previously known occurrence of the fungus on the Hamakua Coast on the Big Island’s east side.