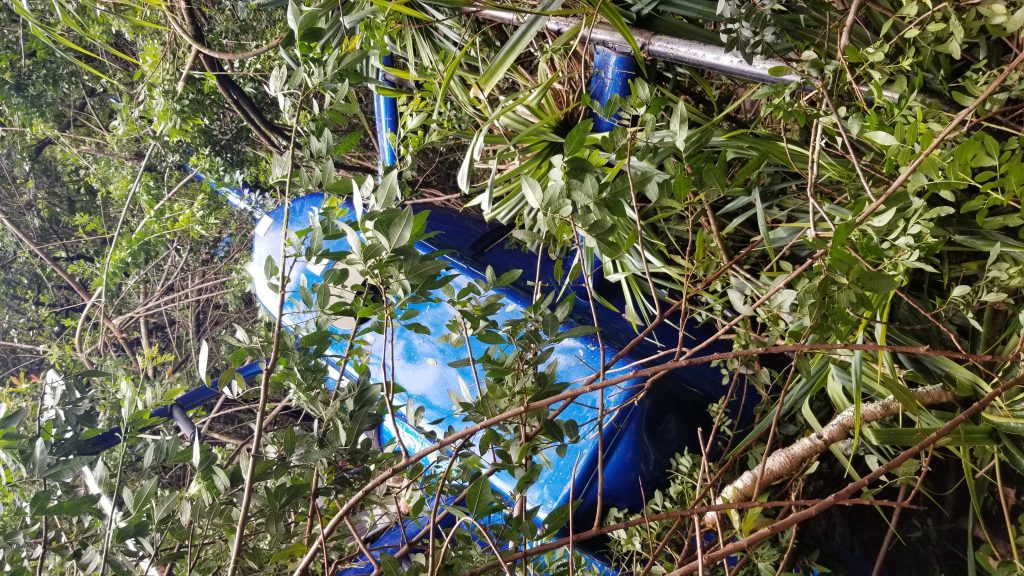 (Honolulu) – A helicopter under contract to the DLNR Division of Forestry and Wildlife (DOFAW) crashed this morning in a gully in Sacred Falls State Park on O‘ahu. One passenger has a bruised arm but otherwise the pilot and the other two passengers were not hurt. All of them hiked out of the area to meet emergency responders.  All four people declined medical treatment and are being transported back to Honolulu by a DLNR Division of Conservation and Resources Enforcement (DOCARE) officer.

The chopper was ferrying one DOFAW employee and two representatives from Pacific Rim Conservation, a non-profit organization that conducts field work on behalf of DOFAW, into the adjacent Kaluanui Natural Area Reserve to deploy seabird song meters, which record bird sounds for population studies. One of the passengers reports that the helicopter landed upside down in the gulch with both its main rotor and tail rotor severed from the aircraft frame.  He described the helicopter as destroyed.

Marigold Zoll DOFAW O‘ahu Branch Manager said, “We follow a stringent set of safety protocols and one of these protocols is known as “flight-following,” which resulted in the incident being reported very quickly. We are thankful everyone walked away from this accident.”