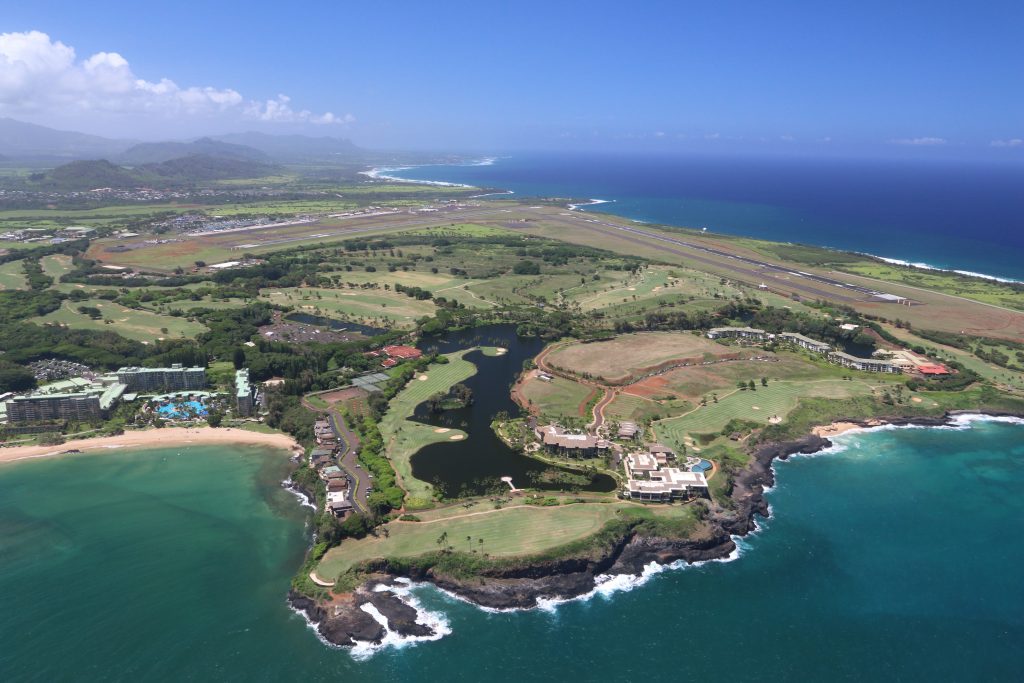 A one-year pilot project using canine teams to non-lethally haze Nēnē away from the Līhu`e Airport and Hōkūala Timbers Resort area was introduced at a news conference in Lihue on Tuesday. The new canine teams are part of the U.S. Department of Agriculture’s Wildlife Service’s Hawai’i program and a collaboration partnership with the resort, Department of Land and Natural Resources as well as the Department of Transportation’s Airports Division.

The purpose of the program is to protect aircraft, pilots as well as their passengers while also ensuring the protection of Hawaii’s state bird, the Nēnē.

Nesting Nēnē at the Hōkūala Timbers Resort, which is close in proximity to the Līhu`e Airport has been a problem for quite some time and the flight patterns of these birds can interrupt with the flight patterns of pilots flying in the area. This project involves continuous nonlethal hazing of the birds by two border collies accompanied by their professional handlers. Program employees will also utilize golf carts, walking, running or using handheld flags and flashlights to deter the nesting of the Nēnē.

In 2014, the DLNR Division of Forestry and Wildlife developed a 5-year plan to translocate the entire Nēnē population from the resort. Within a two-year period, a total of 652 Nēnē were translocated from the resort to the islands of Maui and Hawai’i. Since translocation of Nēnē ended in 2016, subsequent Nēnē have resumed loafing and nesting activities at the resort. This project’s intention is to prevent additional pairs from nesting during the mating season (August to March).

Airplane and wildlife encounters are costly and dangerous to all involved. Over $700 million is lost due to wildlife strikes with civil aircraft in the United States each year. These wildlife strikes have caused death and injuries as well as incidents such as geese striking a US Airways Flight causing it to land in the Hudson River in New York City in 2009.

Sheri S. Mann, Kauai Branch Manager for the DLNR Division of Forestry (DOFAW) commented, “We are in complete support of this pilot project and it appears to be accomplishing its goals very quickly.  DOFAW, in collaboration with several other DLNR divisions, is currently establishing two new Nene sanctuaries, east and south of the airport. It is our hope that Nene leaving the airport area will make these new sanctuaries their home.”