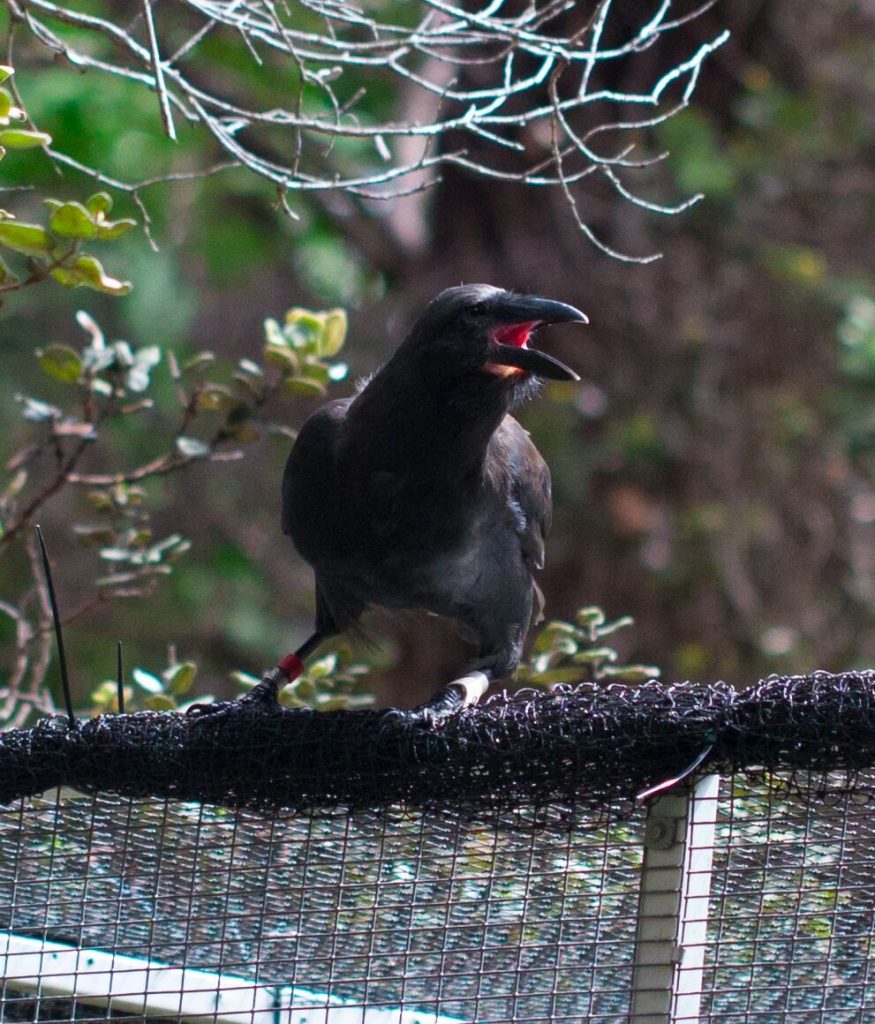 (Hilo) – When the first group (cohort) of ‘Alalā (Hawaiian crow) were released in 2016, researchers and scientists knew that the project would encounter obstacles and challenges. Recovering this iconic Hawaiian species would require dedication, coordination, and adaptation. The ‘Alalā Project is now in the fourth year of releases, and despite losses, the project and the birds themselves are continuing to grow and learn in their new environment.

Twenty years ago the ‘Alalā was on the brink of extinction. In a last ditch effort to save the species, a group of state and federal government partners and San Diego Zoo Global (SDZG) began hatching and raising birds in conservation breeding centers at the San Diego Zoo Global’s Keauhou Bird Conservation Center on Hawai‘i Island and Maui Bird Conservation Center on Maui. Those birds became the basis of the program to release ‘Alalā back into native forests and recover the species. In 2016 the first cohort of ‘Alalā was released into the Pu‘u Maka‘ala Natural Area Reserve (NAR). Following initial losses from natural predators, the bird were re-captured and a new anti-predator training program was created to better prepare the birds for life in their native habitat.

Successes such as the pairing of released birds and nest building in 2019 are important milestones as the team and the birds move into this upcoming breeding season with hope that the remaining birds will successfully breed in the wild.

The team continues to monitor the remaining five males and five females at Pu‘u Maka‘ala NAR, and remains cautiously optimistic. They’re working toward next steps for the species which is the release of a cohort in the South Kona area planned for 2022. Gaudioso-Levita said, “In the meantime, we are working to keep the ten surviving ‘Alalā healthy and safe, through internal project expertise and consulting with fellow reintroduction experts across the globe. We acknowledge more challenges are ahead, but the steps that will lead to the recovery of the species are still within reach.”