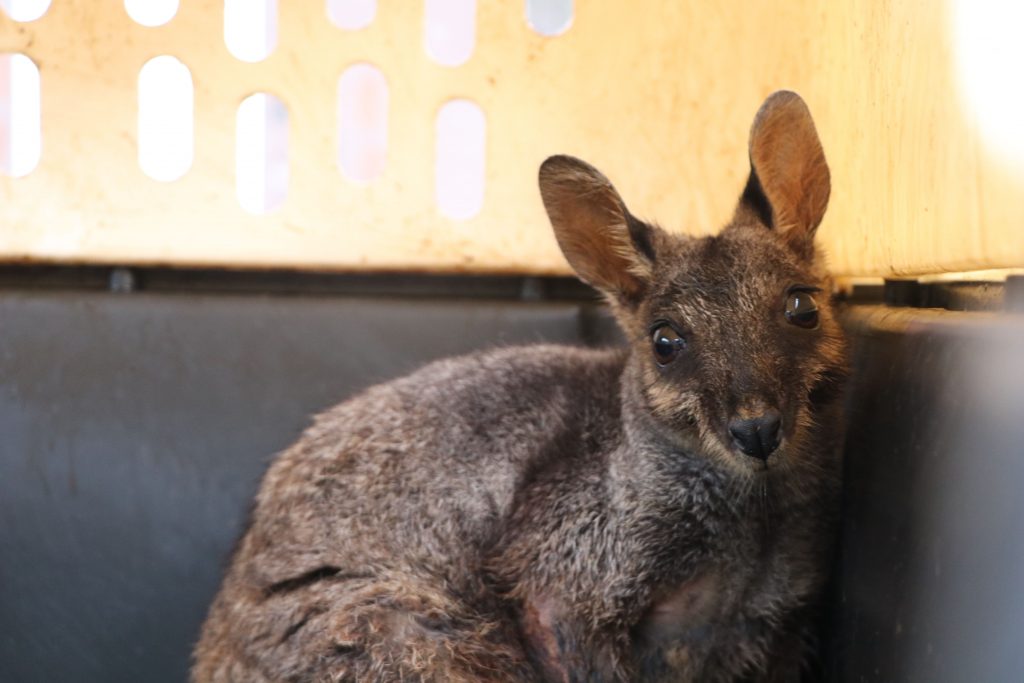 Wallabies are not native to Hawai‘i, but they are not considered invasive, and are protected by state law. They’re only found on O‘ahu, apparently the result of a single pair escaping from a private zoo in Kalihi more than one hundred years ago, in 1916.

DOFAW Wildlife Biologist Jason Misaki said, “Occasionally a single wallaby will wander into a neighborhood and that of course gets everyone’s attention, as they tend to stay in their colony in the forest.” The population is not actively monitored, but research literature from studies in 1981 and 1982 indicates a stable population at that time of fewer than 100 animals.

Researchers noted that the O‘ahu wallabies are definitely rock wallabies that are native to Australia, so named for their “wonderful agility among the rock precipices of their chosen habitat in both Australia and Hawai‘i,” (Explorers Journal, June 1981). That article cited a detailed 1971 study of the Kalihi wallaby population which noted the animals feed on guava, ulei berry, Christmas berry, and other fruits and berries.

Misaki added, “Wallabies do fall under our jurisdiction, but because they really don’t create any problems in our forest ecosystems, we pretty much let them exist in peace. When one is captured it is a novel situation for our staff, who typically deal with native forest animals. We work to quickly return the animal to the forest.” Misaki said the release location is located as far as possible from homes and structures so the wallaby hopefully doesn’t come into contact with people again.