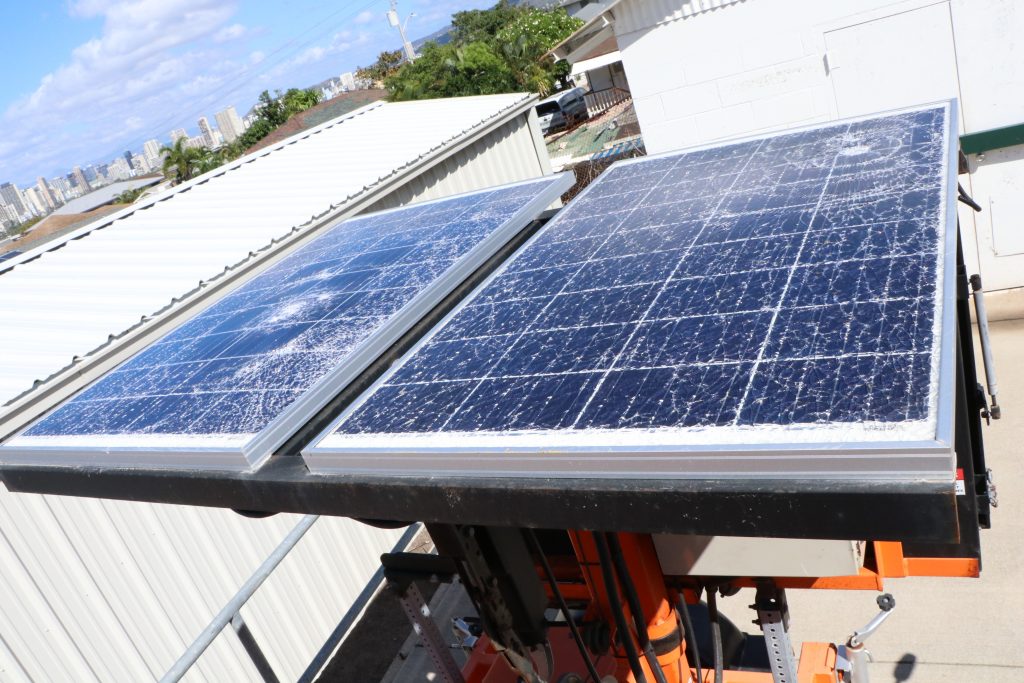 Personnel from the DLNR Division of State Parks were notified Monday morning of the vandalism which totals thousands of dollars. Creighton “Ua” Mattoon of the O‘ahu State Parks crew said, “This sign clearly displayed the parking lot closing times for anyone walking up the trail. Apparently, someone had their car locked in and decided to take their anger out on State property.” Both taillights were smashed, both tires were slashed, and the solar panels that powered the sign were severely damaged by a rock or other sharp, heavy object. In addition, the sign’s control panel box was bent as the vandal tried unsuccessfully to open it.

Recently, two different times, $115 locks on the gate leading into the parking lot were destroyed; again, by individuals who did not pay attention to the park’s closing time and had their vehicles locked behind the gate. Notices are placed on windshields informing owners to just come back in the morning to retrieve their vehicles.

State Parks Assistant Administrator Alan Carpenter, who locked the gates at Kaiwi on weekends for months early in the pandemic to cut management costs, added “While I was out there, it took me an hour on average to clear the park at night, and all visitors seemed appreciative and thankful to just be able to be experiencing the outdoors. I had to lock people in, but there were no incidents. It seems as COVID drags on, people are becoming more fatigued and angrier. This is totally counterproductive behavior and may ruin this experience for all.”

State Parks Administrator Curt Cottrell, Carpenter, and Mattoon believe that residents are the likely culprits, as there are few visitors in Hawai‘i at this time. Cottrell concluded, “People need to realize that they’re only hurting themselves, their friends and their neighbors by these displays of destructive behavior. We simply cannot justify continuing to throw good money at bad behaviors. Where is the aloha and sense of pride? It’s a classic case of a very few people making life even more difficult for everyone else.”

Anyone who witnesses vandalism or destruction in Hawai‘i State Parks is urged to immediately call 9-1-1 or the DLNR Hotline at 643-DLNR or report using the free DLNRTip app.