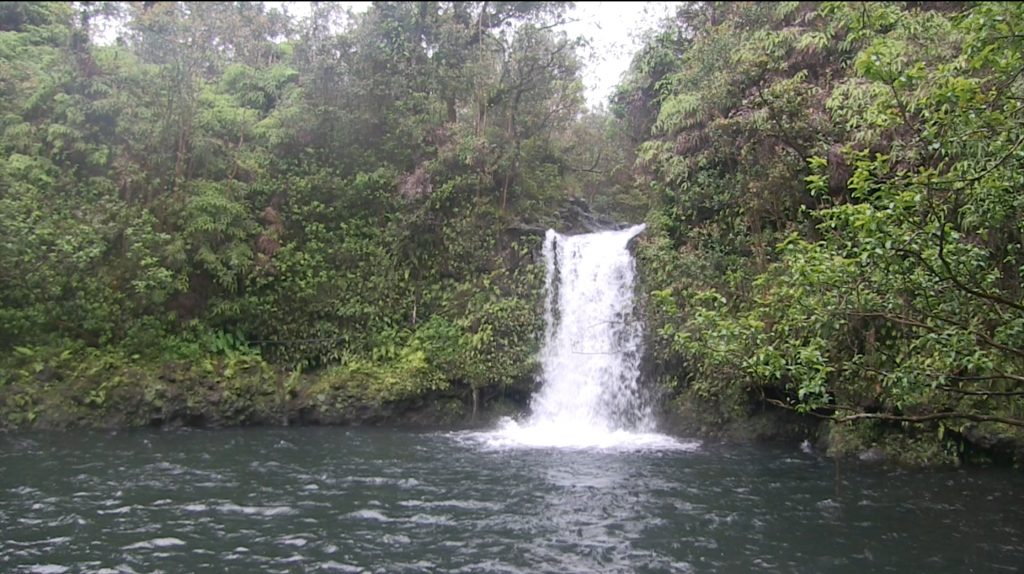 (HONOLULU) – In a sweeping and complex, 46-page-long ruling, First Circuit Court Judge Jeffrey P. Crabtree ruled in favor of the Board of Land and Natural Resources (BLNR), Maui County, Alexander and Baldwin, and East Maui Irrigation, in a case brought by the Sierra Club regarding water diversions from east Maui streams.  The BLNR allocates available water for off-stream uses.

“This is a classic balancing”, the court ruled, “and the court is persuaded and finds and concludes that applying the applicable law…it was not unreasonable for the BLNR to balance these considerations as it did.”

Judge Crabtree pointed to the BLNR’s Public Trust Duties which “imposes a dual mandate on the State to both protect water resources, and to make maximum reasonable beneficial use of the State’s water resources.”

During a weeks-long trial, which began last August, the Sierra Club argued that the BLNR’s decision to renew two hold-over Revocable Permits (RPs) and allow for the diversion of some water from East Maui violated its public trust duties. The RPs for 2018 and 2019 authorize off-stream uses of water for agriculture, residential use, firefighting, dust suppression and commercial uses.

The court concurred with trial testimony that “supported the core concepts that keeping lands in agriculture benefitted the public interest by providing jobs, food sustainability, food sources, strengthened the state and county economy, and dependable water was essential to achieve those ends.”

Since the end of sugar cane cultivation on Maui, the diversion of water from east Maui streams to support municipal and agricultural uses has been contentious. In 2018, the Commission on Water Resource Management (CWRM), whose “specialized staff and resources” make it “an important decision-maker with exclusive jurisdiction over multiple aspects of in-stream water standards,” issued a landmark Decision & Order (D&O) resolving petitions targeting several dozen streams in the East Maui area.

In its 2018 D&O, the CWRM ordered full and natural flows to be restored to ten east Maui streams to protect natural habitats and traditional and customary practices. An additional 12 streams had flows restored to 20-64% of their median base flow. CWRM identified three other streams where restoration of flows would not provide additional significant benefits. The thirteen “streams” that are the subject of today’s verdict were not petitioned and therefore were not squarely addressed by that decision.

In his written Findings of Fact and Conclusions of Law, Judge Crabtree pointed out that the BLNR understood that new farming plans on Maui needed reliable amounts of water to attract new farming tenants. Mahi Pono, which took over much of the former sugar cane lands, according to the court order, “was essentially starting from scratch, during a historic change, in a new market where the actual use of water depends on variables that Mahi Pono has little control over. Realistically, the court concludes that Mahi Pono deserves some time and mileage to gain experience and figure things out.”

Dr. Ayron Strauch, a hydrologist for CWRM, testified before the BLNR when it considered the RP renewals, stating that 27 streams, where full or partial flow were re-established, were the largest and most important streams in the area. His job is to prioritize streams to establish instream flow standards. Judge Crabtree identified Dr. Strauch as a highly qualified, experienced, and credible witness. The Court found Dr. Strauch’s trial testimony to be particularly helpful and wrote: “Putting it simply, not all streams are the same in terms of their importance to the water system’s health as a whole. To the court, this may have been the most important single piece of information introduced during the entire trial.”

The court noted that “An extensive EIS is in progress in connection with an expected long-term lease, which will undoubtedly address impact on habitat, and related modifications to or removal of diversion structures because of their impact on stream creatures.”  Judge Crabtree concluded, “Given these realities, the court concludes the Board was reasonable in deciding it had sufficient information to make what everyone expected would be a short-term decision.”

Additionally, Judge Crabtree noted, “the Court has also recognized that ‘[t]he public has a definite interest in the development and use of water resources for various reasonable and  beneficial public and private off-stream purposes, including agriculture.’”

DLNR Chair Suzanne Case, who chairs both the BLNR and the CWRM, stated, “Water is obviously fundamental to everyone. East Maui has a long and challenging past, but we’re dealing with the present and the future. The BLNR and CWRM have worked long and hard to meet their constitutional obligations and statutory mandates to protect our public trust resources and allow for sustainable use. Careful balancing is key.”