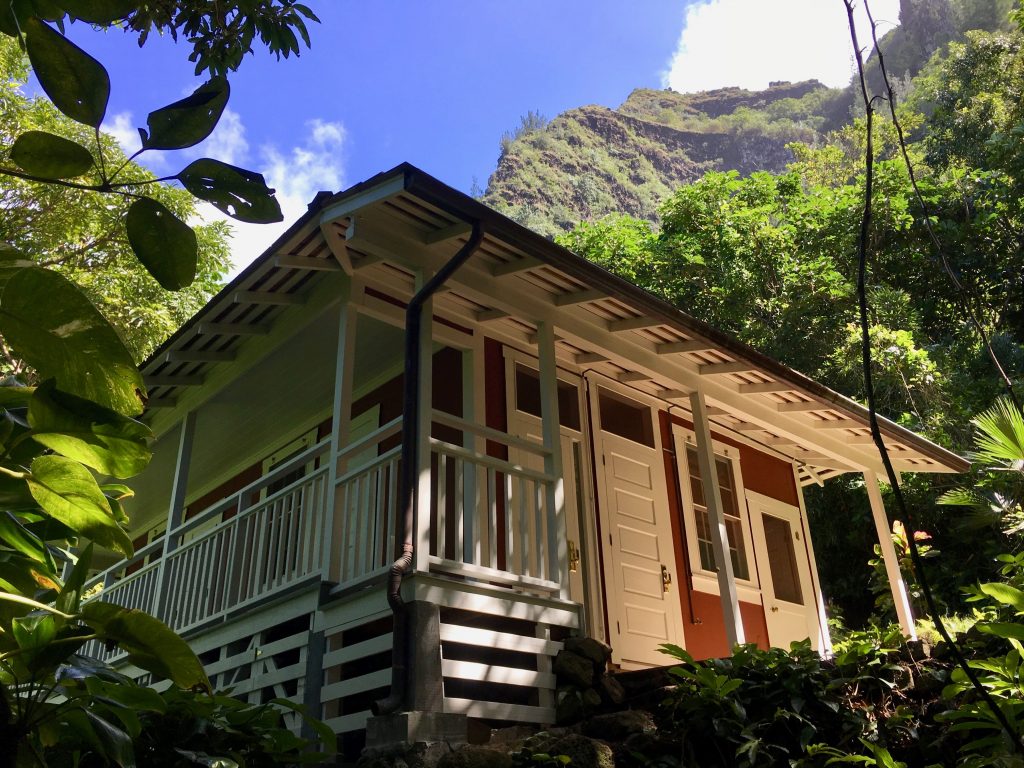 A programmatic award was given to the Division of State Parks and its partners for the Hāʻena State Park Master Plan. The community-based plan prioritized the protection, rehabilitation, and restoration of the Kaua‘i park’s archaeological, cultural and natural resources. Since the implementation of the plan in mid-2019 after historical flooding had closed the park and the adjacent Napali Coast State Wilderness Park, community and cultural advisory groups were given responsibility to help oversee park access and its significant resources.

State Parks Assistant Administrator Alan Carpenter commented, “Historic sites and features are often overshadowed by the picturesque landscapes and lush vegetation in Hawaii’s parks and forests, but they are critically important to protect and preserve as tangible connections to the past.”

The restoration of the Allerton Caretaker’s Cottage and the Montgomery House in Hāʻena State Park were recognized by HHF with a project award. Both historic structures, once in danger of falling down, were restored as integral components of the implementation of the master plan.

Allerton was restored for use by park rangers and for cultural practitioners at the Ka-ulu-o-Paoa heiau and the Ke-Ahu-a-Laka hulu platform. Montgomery House was restored for multiple purposes including educational programs, use by park staff, and by community volunteers who maintain the traditional lo‘i kalo at Hāʻena.

On O‘ahu, the DLNR Division of Forestry and Wildlife and its partners also received project recognition for new protection measures at Kaniakapūpū ruins.

The measures were implemented after several serious episodes of vandalism to Kamehamea III’s summer palace. The project included installation of paths, signage, and felling of large trees that were considered as threats to the historical structures and site.

Kapu (keep out) signage was mounted near the Kaniakapūpū entrance, indicating it is a restricted site and access is only by permit.

HHF Executive Director Kiersten Faulkner wrote, “The Honor Awards showcase many of the place that give the Hawaiian Islands their unique texture. These achievements inspire and education not only us today but future generations as well. We are appreciative of the many people represented through these preservation awards.” There were thirteen Preservation Award Honorees statewide.