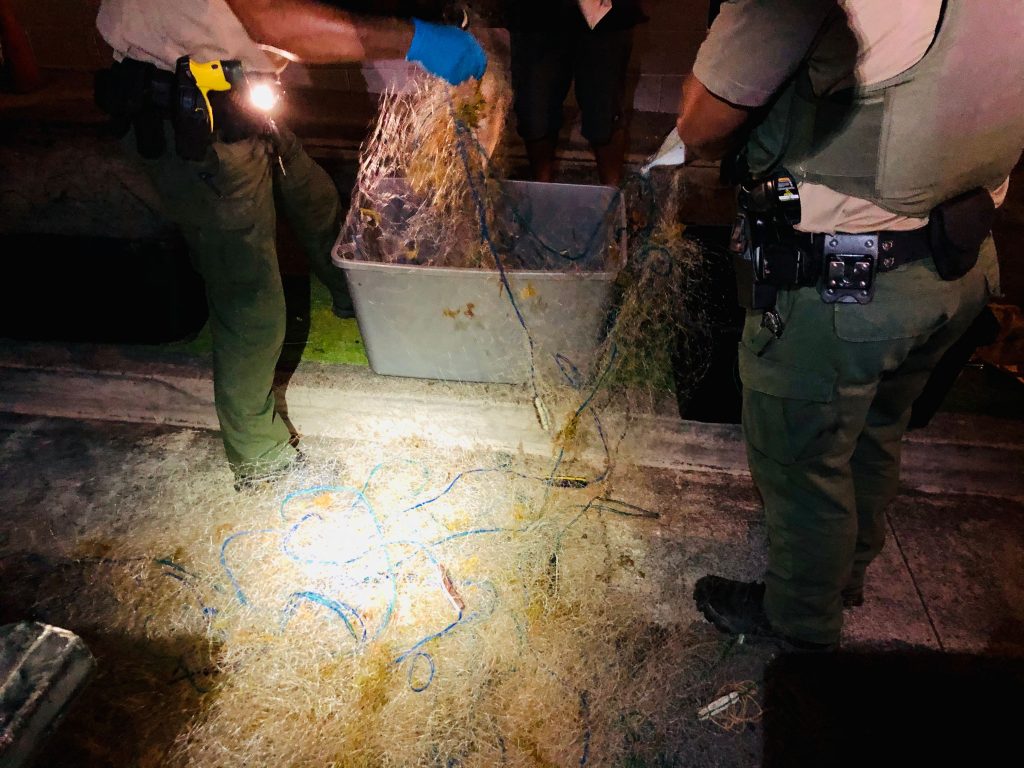 (HONOLULU) – Today the Board of Land and Natural Resources (BLNR) approved a proposal from the DLNR Division of Aquatic Resources (DAR) to hold a statewide meeting and hearing to amend Hawai‘i Administrative Rules regulating the possession and use of certain fishing gear.

DAR Administrator Brian Neilson explained, “Lay nets continue to be one our most problematic fishing gear types in terms of illegal use and unintended by-catch. A lay net permit will allow the department to better regulate this gear type and also offer more opportunities to educate fishers on the responsible use of lay nets.”

In its unanimous approval of DAR’s request for a public hearing, the BLNR required two additional amendments:

Other proposed amendments in brief:

During its last session, the State Legislature authorized DLNR/DAR to adopt rules to require permits for the use and possession of lay nets, including reasonable permit fees and provisions for revocation, suspension, and withholding of permits for non-compliance with the rules. An additional proposed amendment will clarify the range of penalties, including asset forfeiture to facilitate enforcement of the rules and deter violations.

Neilson believes new rules will encourage greater compliance and help crack down on the illegal use of lay nets. He said, “Unlike a registration, a permit is revocable. So, under the existing rules if someone is convicted of a lay net violation, there is no way to prohibit them from registering and using a new lay net.” Under the proposed new rules, lay net users could lose their permit if convicted of a violation. DLNR proposes charging a $25 annual permit fee.

Under current rules, fishers are allowed to leave a lay net unattended for up to one-half-hour. DAR believes this makes enforcement difficult, as a DOCARE officer must observe a lay net for 30-minutes before determining that a violation has happened. Monk seals, turtles, and other marine life can get tangled up in nets and die in the half-hour period of unattendance.

The proposed new rule requires a lay net to be attended the entire time it is set and clarifies that an unattended net is one where it or surface buoys are not within sight of the user.