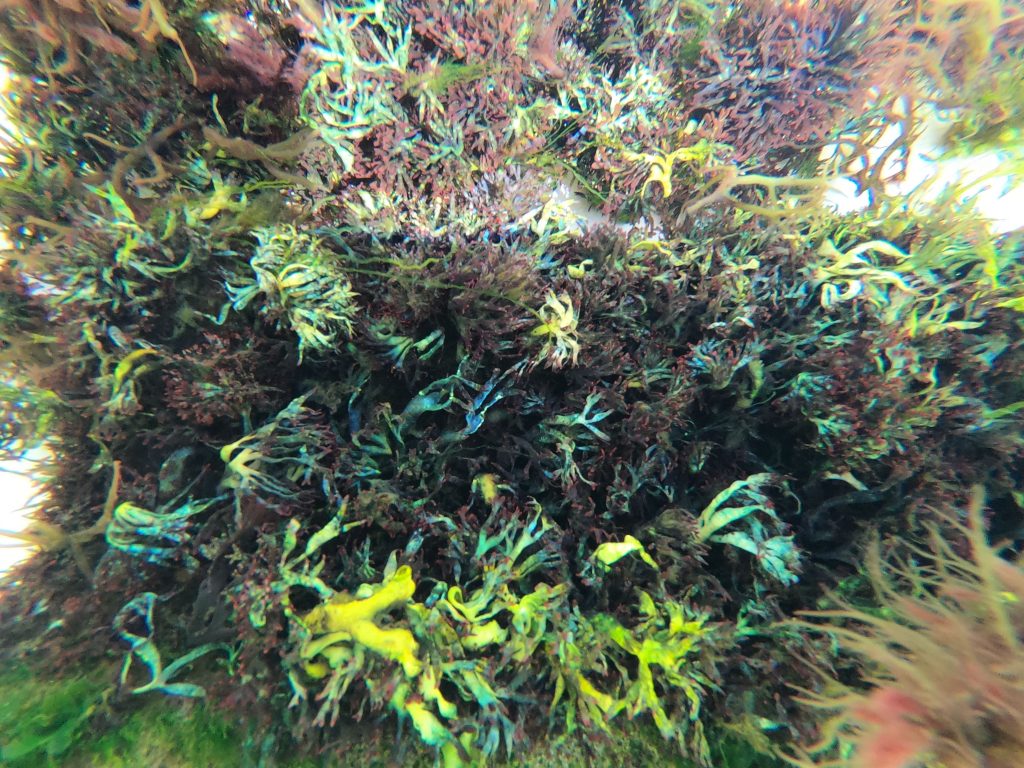 (HONOLULU) – In January, Governor David Ige proclaimed 2022 as the “Year of the Limu.” He recognized the significant role limu, in freshwater, saltwater, and other damp habitats play in Native Hawaiian traditions and Ahupua’a stewardship.

The governor’s proclamation also notes that limu are an integral part of the traditional Hawaiian diet, are used for medicinal, religious, and cultural purposes, and expertise about limu has been transmitted largely among Native Hawaiian women for generations.

In a letter to Gov. Ige, Ito wrote, “Prior to Western contact, limu had a major role in Hawaiian society. Limu was the salad and spice that provided much of the necessary nutrient for a healthy population. Limu was also a major source of medicine and was used in many cultural and religious practices. Nowhere else in the world did limu play a significant role in the health and vitality of the population. Sadly, much of what was known about this important resource has diminished over the past four generations. The reasons for the loss of this important part of Hawaiian culture are many but the main factors are the change of our modern food systems and loss of limu habitat due to changes in the coastal land use.”

Ito added, “Local, national and international research organizations and institutions of higher learning are becoming aware of the many uses and benefits of limu. Many of these organizations are looking to Hawaii for advice and guidance.”

For the remainder of the year, Ito, and other limu advocates are planning a series of events, outreach, and volunteer opportunities to raise awareness about the importance of limu. From the Governor’s Proclamation, “Limu serve key ecological and economic functions, preventing erosion and coral breakage, creating oxygen, producing sand, serving as food and shelter for marine animals, mitigating global warming through carbon sequestration, and acting as the base of the food-web on which local fisheries rely.”

KUA, DLNR, and other partners are planning a series of events, outreach, and volunteer opportunities to help raise awareness about limu:

Ryan Okano, of the DLNR Division of Aquatic Resources (DAR) provided more information on limu in Hawai‘i. “Throughout the world, especially near coastal regions, algae are fundamental.  As a food source, it seems that mainstream American culture is discovering something that indigenous coastal communities have known for centuries. Algae are extremely nutritious.”

Historically in Hawaii, algae or limu were a consistent facet of a simplistic, yet nutritious diet. In addition to food, limu traditionally has other uses, which includes medicine and cultural ceremonies. Immigrants who came to Hawaii have continued to use algae similarly to their root cultures. However, there are some uses that have been developed in the modern multicultural setting of Hawai‘i such as in recipes, art, and fertilizer.

DAR Administrator Brian Neilson added, “Limu still hold a place of importance in modern Hawai‘i, but many believe it is underutilized and underappreciated in the context of culture, community, commerce, and human health. We want to to make a concerted effort, particularly in this ‘Year of the Limu’ to broaden the utilization and appreciation of limu. One of the ways to address the underutilization of limu is to provide communities with more opportunities to harvest limu, for consumption, medicine, or cultural use. We hope to enhance these opportunities through limu restoration projects.