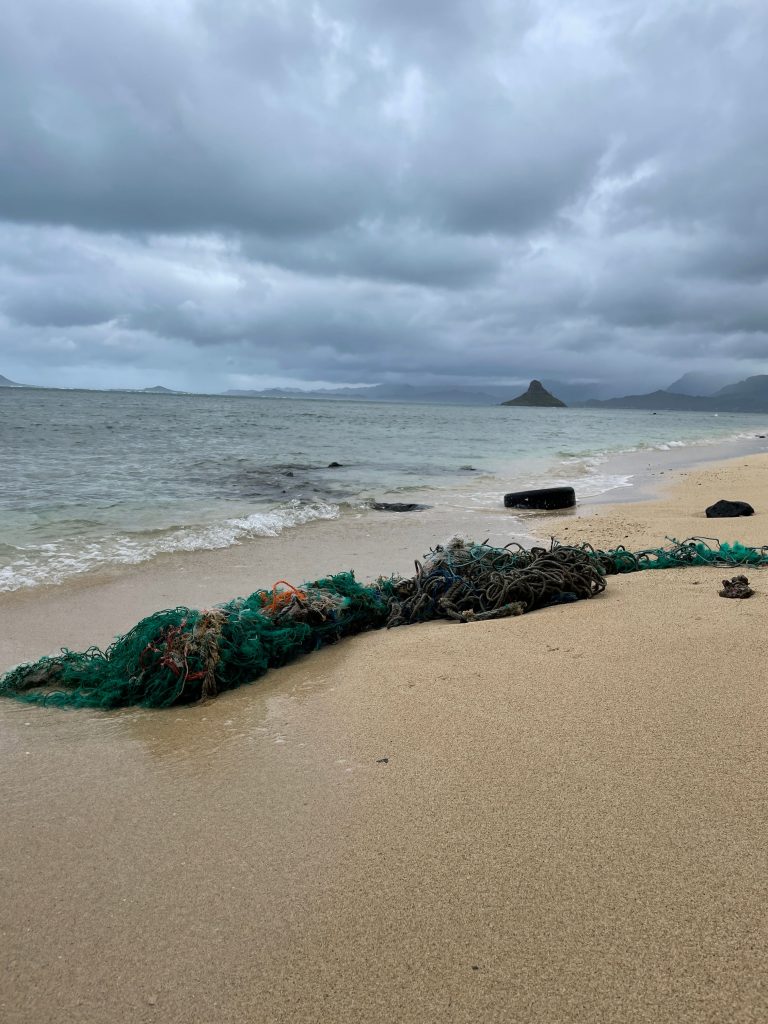 (HONOLULU) — Derelict and discarded fishing nets and other marine debris are hazardous to marine life and have entangled, and in some cases killed, many of marine endangered species in Hawai‘i such as whales, monk seals and sea turtles.

Mimi Olry of the DLNR Division of Aquatic Resources (DAR) said, “Ghost nets, abandoned or lost nets, pose a huge danger to marine animals around the world. These nets, as they float in the ocean attract small juvenile species, which in turn attract larger feeding fish and marine mammals. Nets were created to entrap and are often nearly invisible in dim light. Once trapped, animals like fish, dolphins, seals, whales, sharks and birds starve to death or drown struggling to get free. As these nets move through the ocean, other ropes and nets are snagged and if caught on near-shore reefs, will tear and destroy corals until they finally wash up on shore. There they often continue to entangle innocent animals that may lay on it or explore it.”

The 833-4-da-nets hotline is a collaboration between DAR and several other organizations on Kaua‘i, O‘ahu, Maui and Hawai‘i Island.

On O‘ahu, 4ocean works in collaboration with Sustainable Coastlines Hawaii (SCH) as well as Hawaii Marine Animal Response (HMAR) to quickly respond to the marine debris reports. These organizations work collaboratively to try and usually remove the nets within hours of a report.

6,000 lbs of derelict fishing gear was removed in 2021 before it washed back out to sea during high tide.