THIRD DAY OF KAIMANA MONK SEAL OVERWATCH AND NO ISSUES 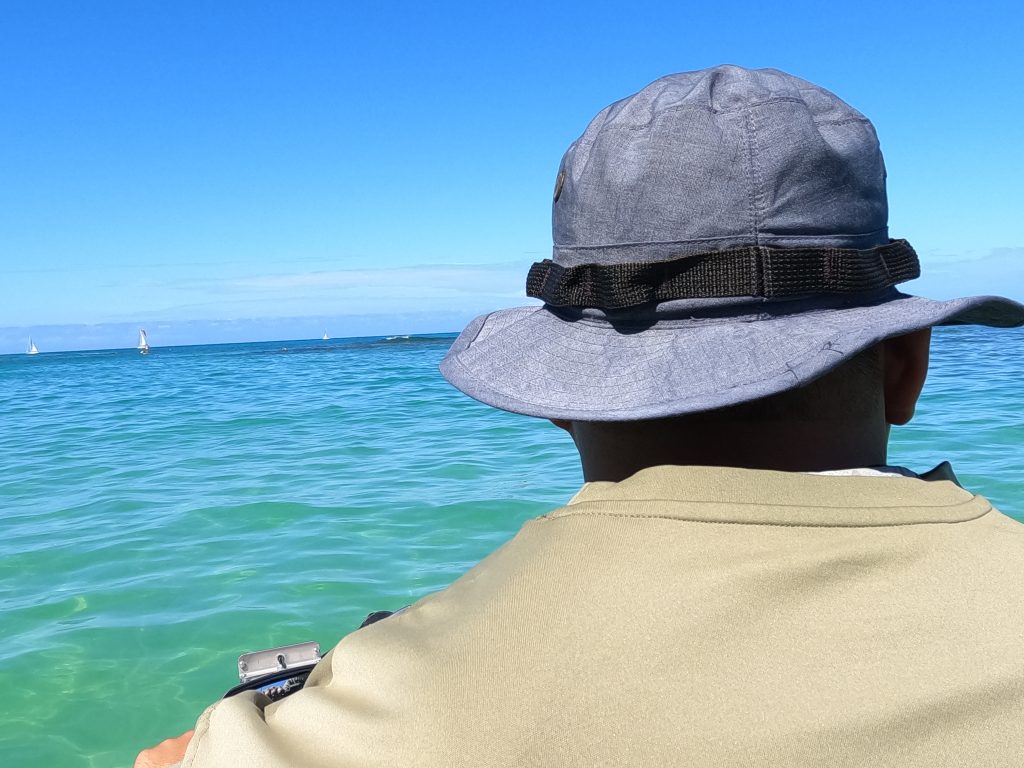 (HONOLULU) – The Hawaiian monk seal Rocky and her pup (PO8), spent most of this morning in the water. By late morning they’d moved back onto Kaimana Beach to rest, prompting volunteers from Hawaii Marine Animal Response (HMAR) to again change-up their cordon, with ropes and signs to keep people back.

Today, is also the third day of around-the-clock law enforcement from the DLNR Division of Conservation and Resources Enforcement (DOCARE). A pair of officers on the beach helped HMAR volunteers re-set the now common barriers to provide a lot of space between the seals and people in the water and on the beach.

No one on the beach seemed to mind the need to move their bags, umbrellas, beach chairs, and water toys. Since DOCARE’s 24-hour-a-day enforcement began on Thursday, no one has been cited and officers report everyone they’ve encountered has been understanding and respectful.

Two officers on patrol watercraft, also kept watch on the Saturday beach and ocean crowd, and occasionally warned swimmers away from a large semi-circular zone around Rocky and her pup.

On Wednesday, DLNR announced, that anyone violating a 50-yard cordon around the seals, could be cited, or arrested. This was after the department received numerous reports of beachgoers and ocean-users ignoring guidance about safe viewing distances and in some cases disrespected volunteers who asked them to stay back.

The law enforcement presence at Kaimana Beach will remain in place until Rocky’s pup weans, which is expected to happen in two to three weeks.