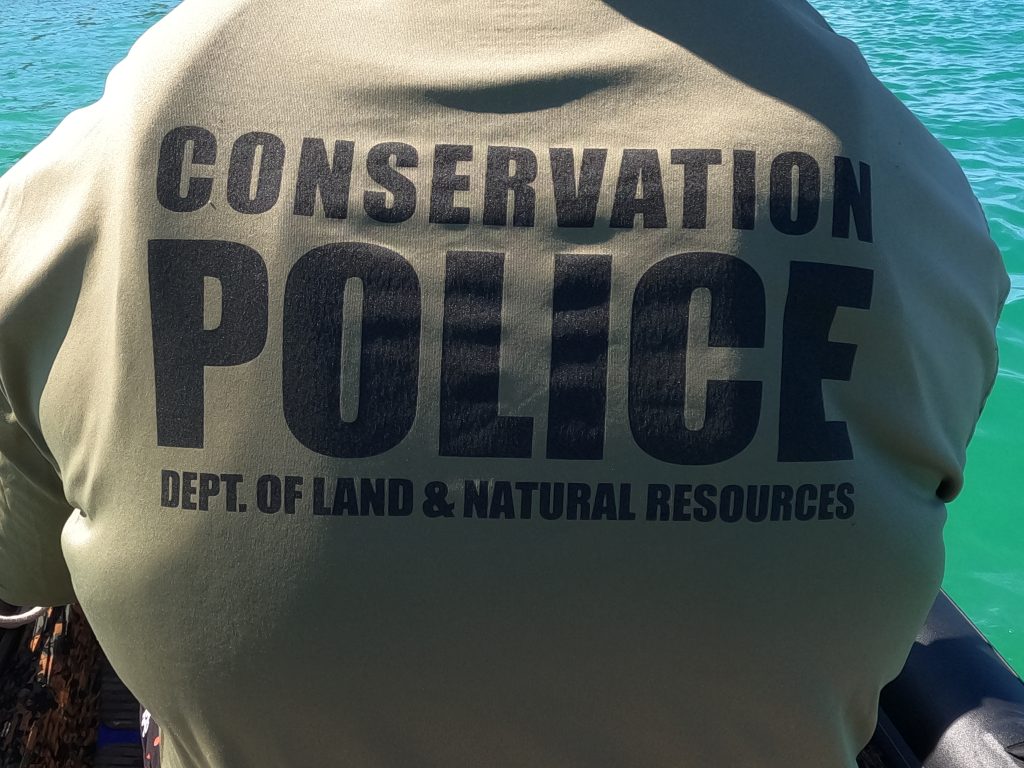 (HONOLULU) – For the past 15 days, officers from the DLNR Division of Conservation and Resources Enforcement (DOCARE) have provided enforcement and education at Kaimana Beach, while Rocky, a mother monk seal, taught her pup the skills it will need to survive on its own.

Tonight, the 24-hour-a-day presence of DOCARE officers on the popular Waikīkī beach came to an end, after the pup named Koalani weaned and was in the process of being moved to an undisclosed location away from the urban core of O‘ahu.

The unprecedented law enforcement visibility started on August 3, after DLNR leadership responded to concerns about the safety of the seals and people. In July, a swimmer encountered the seals in the water near the Natatorium, and the protective mother seal bit her and caused minor injuries. The incident highlighted the real risks facing both the animals and curious humans who intentionally or inadvertently got too close.

During the two-week-long DOCARE presence on the beach and in the water, officers did not cite anyone for a violation termed “obstruction of a government operation.”

“While this duty certainly taxed DOCARE resources to the limit, we felt law enforcement presence was called for to prevent any further encounters, which could well have ended tragically,” said DLNR Chair Suzanne Case.

DOCARE Chief Jason Redulla added, “Our men and women responded in force knowing that protection of our natural resources and public safety are part and parcel of DOCARE’s core mission. We haven’t calculated all the personnel costs, but we estimate the total time devoted to overwatch of the monk seals to be more than 500 manhours.”

Officers enforced a 50-yard cordon on the beach and in the ocean during the operation, which mirrors NOAA guidance for people to stay at least 150-feet away from resting or swimming seals. While no citations were issued, they did have to shoo away several swimmers who got too close to the animals.

With the monk seal population continuing to grow in the Main Hawaiian Islands, and moms showing up more frequently to pup and wean their offspring on populated beaches, DLNR is exploring strategies to provide the level of safety and security needed to keep anyone from getting hurt and from the wild animals becoming habituated to people.

“Clearly the presence of our DOCARE officers made a huge difference and were a needed supplement to the great efforts of the volunteers from Hawai’i Marine Animal Response (HMAR), who were constantly monitoring and moving the physical cordon as Rocky and Koalani became more and more active,” Case concluded.