LANA’I RESIDENT CITED FOR POSSESSION OF AN ILLEGAL THROW NET 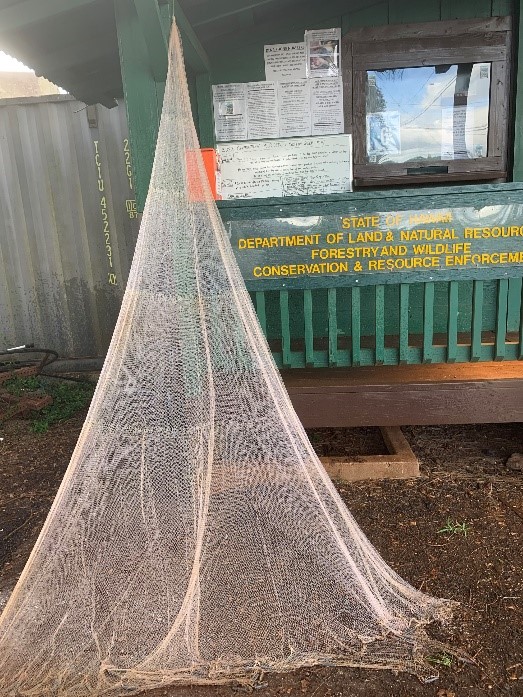 (LANA‘I CITY) While patrolling the shoreline on the north side of Lana’i,  a DLNR Division of Conservation and Resources (DOCARE) Officer observed 34-year-old Keao Soriano bending over a bucket near the water’s edge. Soriano looked in the officer’s direction and then attempted to hide the bucket before contacting the officer.

The officer recovered the bucket in Soriano’s possession and saw that it contained a throw net and numerous small fish. Throw nets used for fishing are regulated under Hawai‘i Administrative Rules and are required to have a stretched mesh measurement of at least 2 inches, when possessed in the water or on or about the shore where fish may be taken .

An inspection revealed the throw net found in Soriano’s bucket had a stretched mesh measurement of ½ inch. There were also 58 iao (bait fish) and 12 oama in the net and bucket.

Soriano was cited for the possession of an illegal throw net, which is a petty misdemeanor. The net, bucket and fish were recovered as evidence. Soriano is scheduled to appear in Lana’i District Court on November 15, 2022.

Suspicious activity regarding natural resources violations can be reported by calling the DOCARE 24-hour tip line at 643-DLNR or by reporting on the free DLNRTip app.