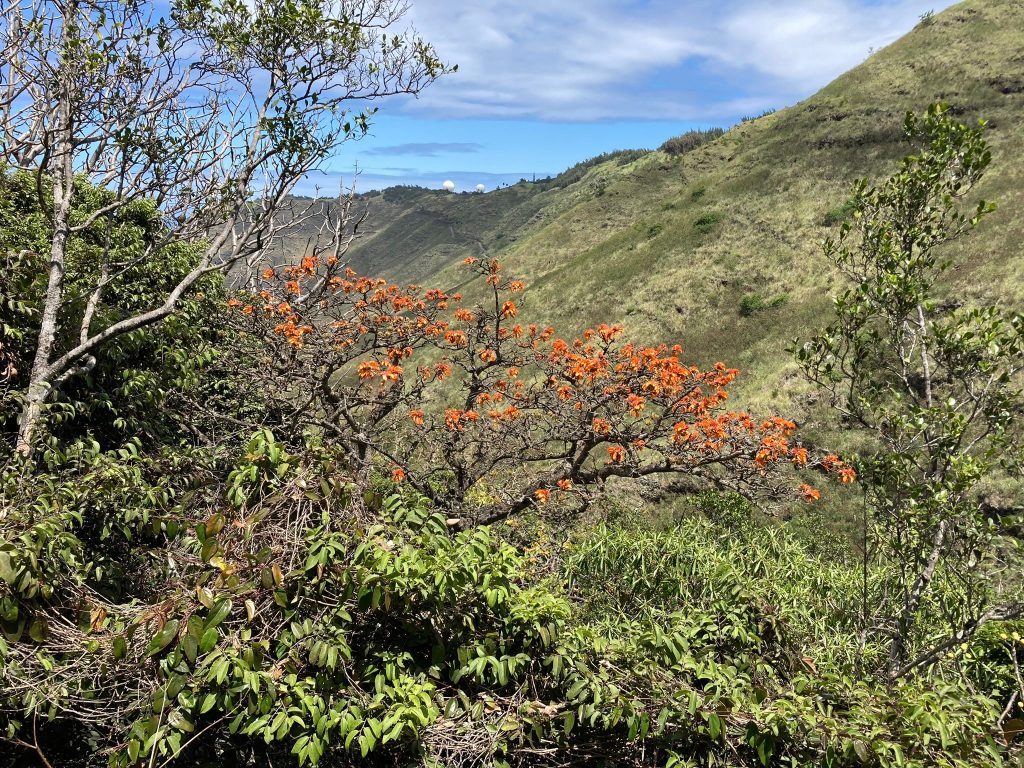 (HONOLULU) – A new animated video highlights the success story of how biocontrol, a process where a carefully selected living organism is used to control an invasive species, helped to save the native Wiliwili tree. The video, produced by the DLNR Division of Forestry and Wildlife (DOFAW) in collaboration with the Coordinating Group on Alien Pest Species, also shows how biocontrol can continue to be an important tool in managing invasive species in Hawaiʻi.

In 2005, a new pest, the erythrina gall wasp, made its way to Hawaiʻi and rapidly spread across the state, killing or severely damaging nearly all wild Wiliwili populations. “The sudden arrival of the erythrina gall wasp caught us all by surprise,” says Chipper Wichman, President of the National Tropical Botanical Garden. “Wiliwili is a keystone species in our dry forests, and nearly every part of this special tree is used by cultural practitioners. The impact of losing this species would have been profound.”

However in 2008, after extensive exploration in Africa for predators of the gall wasp and testing to make sure those predators didn’t impact other species, scientists were able to safely release a biocontrol agent: an even smaller parasitic wasp that preys on the gall wasp. The biocontrol agent successfully reduced the pest wasp numbers to levels that did not kill Wiliwili trees, saving them from the edge of extinction.

“Invasive species cost the state millions by reducing watershed benefits, degrading agricultural lands, threatening human infrastructure, and are one of the main drivers of the loss of biodiversity and native ecosystems in our state,” DOFAW Protection Forester Rob Hauff said. “Biocontrol has proven to be a safe, cost-effective, and essential tool. The success of the Wiliwili gall wasp biocontrol is one example of what we can expect if we continue to support this type of work.”

Prior to releasing a biocontrol agent, researchers perform years of exploration and analysis to ensure it won’t impact any species other than the target invasive species. Proposed biocontrols are also subject to careful review by specialists and regulatory officials, as well as the public. Since the focus on safety was implemented in Hawaiʻi in the 1970s, the biocontrol program has had a stellar record, with no non-target damages from any biocontrol released in the last 50 years.

Given the ongoing impacts of many invasive species currently in Hawaiʻi, new, updated facilities are needed to expand the capacity for biocontrol research. A coalition of state and federal agencies, including DLNR, the Hawaiʻi Department of Agriculture (HDOA), the University of Hawaiʻi, and the United States Forest Service and Agricultural Research Service, are currently discussing options for new facilities that can serve Hawaiʻi and other Pacific island neighbors, who often deal with similar invasive species.