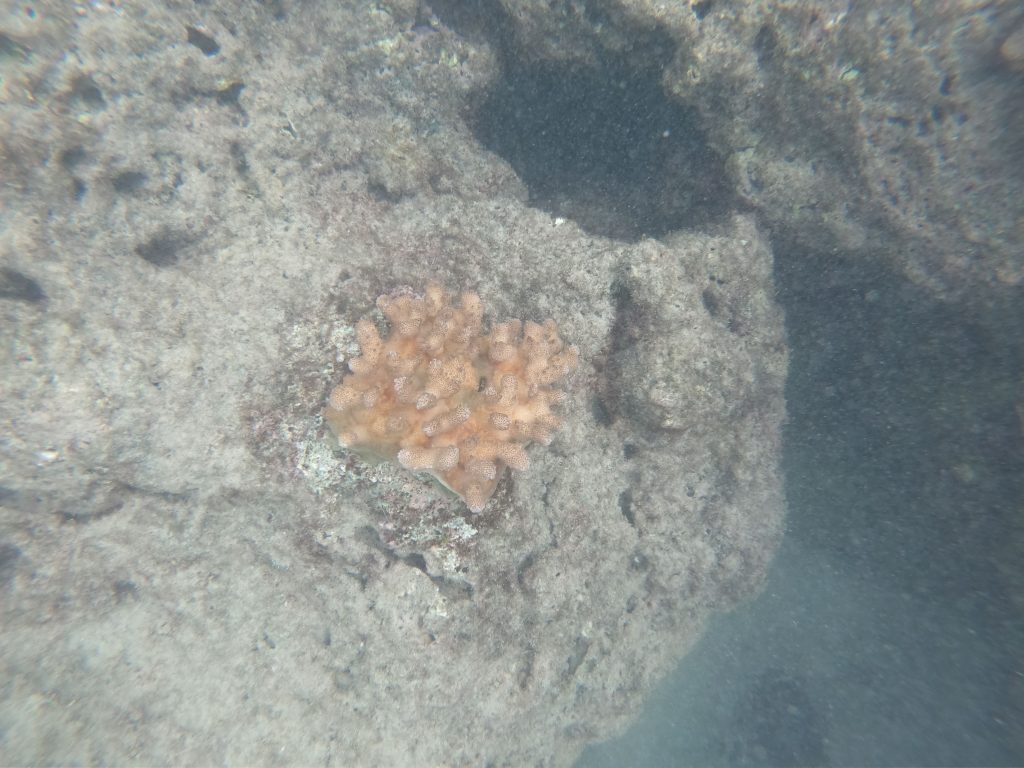 (HONOLULU) – Five corals, raised at the Hawai‘i Anuenue Coral Restoration Nursery on Sand Island have a new home today in the waters of O‘ahu’s Hanauma Bay Nature Preserve. Teams from the DLNR Division of Aquatic Resources (DAR) “out-planted” the corals on Thursday in murky and rough ocean conditions.

David Gulko, the DAR aquatic biologist in charge of the state’s nursery explained, “Corals in the bay have decayed over time, partly due to Hanauma’s heavy use by people, and partly due to external factors that have negatively impacted coral colonies statewide. We’re excited to begin what we hope will be a long-term restoration project.”

Since the nursery was established several years ago it has experienced a 100% success rate with corals transferred into the ocean. Previous out-plant locations include at Coconut Island in Kāne’ohe Bay, off Sand Island, and in deep waters off the Honolulu airport’s reef runway. The Hanauma Bay corals are the first to be located in an area that experiences a lot of human activity. “We wanted to see what impact people will have on the corals we put out there. This is a small pilot project with corals that have been raised in the nursery for four years. They’re the same species of corals that are already present in the shallow waters of Hanauma Bay,” Gulko said.

There is a great amount of interest by community members in Hanauma Bay restoration. Volunteers will help monitor the health of the corals over the course of time to see how they are doing and its hoped this first out-planting will be successful and lead to a larger scale restoration project. DAR has jurisdiction over the ocean portions of the bay and the City and County of Honolulu has responsibility for the preserve’s facilities, the beach, and the grounds.

“We are excited to continue our partnership with DLNR to coordinate conservation efforts of the nature preserve from mauka to makai,” said Michele Nekota, Director of the City & County Parks and Recreation Department. “We hope this effort to bring new coral life to the bay will continue the recently observed revitalization of the nature preserve’s marine habitat. Mahalo to all of the marine biologists and nature preserve staff who are advancing us towards a more sustainable and thriving Hanauma Bay.”

Two teams planted the corals on opposite sides of the bay, first using a brush to clean off the rock (substrate), carefully marking the location in order to monitor them, and then using an environmentally safe adhesive to attach them to the rock.

Gulko concluded, “Hanauma Bay is already a nursery for many species of fish and  invertebrates. If we can improve the coral reef ecosystem it not only enhances the benefits for all the aquatic life in the bay but provides the seeds to help other parts of O‘ahu maintain the wide range of biodiversity that is unique to Hawaiian marine life and our reefs.”

Corals are extremely fragile and breakable. Everyone is reminded not to walk on them, step on them, touch them, or place boat anchors on them. The corals in the nursery grow 10 times faster than those in the wild. Once nursery corals are out-planted their growth rate slows to match that of their wild cousins.