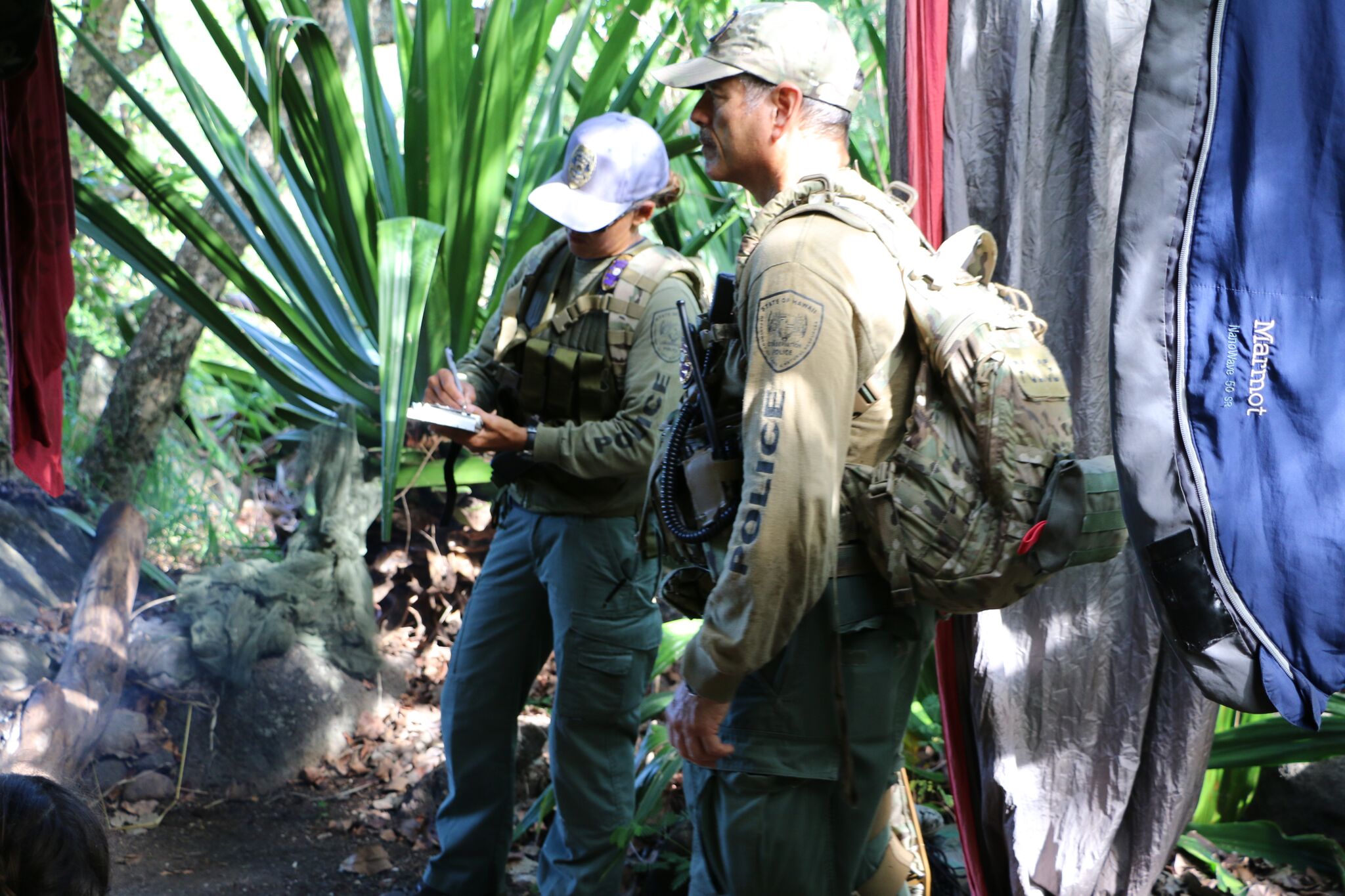 (Lihue) – Seventeen people were arrested at the Kalalau Section of the Napali Coast State Wilderness Park, during a pair of law enforcement sweeps earlier this week.  Officers from the DLNR Division of Conservation and Resources Enforcement (DOCARE) arrested people without valid permits for being in a closed area. They believe among the 17, were three people who’d been illegally residing in Kalalau Valley for long periods of time.

DOCARE Enforcement Chief Robert Farrell said, “We continue to hear about a lot of illegal activity at Kalalau through social media channels. Some of the behavior depicted on blogs and websites is brazen, clearly illegal, disrespectful to the Hawaiian culture, damaging to natural resources, and completely devoid of any appreciation for the wilderness character of the Napali Coast.”

DOCARE Kaua‘i Branch Chief Francis “Bully” Mission added, “The designated camping areas at Kalalau Beach are largely free of illegal camps, but there are still numbers of them up in the valley, where they tend to be remote and often pretty well hidden. It makes it challenging for our officers, but we remain committed to stopping illegal behavior in this wilderness park.”

Enforcement operations to the Napali Coast are expensive, complicated, and time-consuming not only for DOCARE, but also for the DLNR Division of State Parks. It conducts at least monthly air-lifts of accumulated rubbish and human waste. Both Chief Farrell and State Parks Administrator Curt Cottrell noted that as Hawai‘i’s largest and most remote state park, funding has never been provided for having any full-time staff assigned to the Napali Coast.

Cottrell observed, “If there’s any silver lining to what law breakers are posting on social media, is that it’s caused significant public outrage. Our hope is to get new positions and funding authorized specifically dedicated to the Napali Coast to tackle this ongoing issue.”

DOCARE and State Parks are continuing to collaborate on future law enforcement and clean-up operations as resources permit.  Officers continue to take a hard line against anyone contacted who can’t produce a permit. “No permit and you will be arrested and then have to appear in court,” Chief Farrell said.