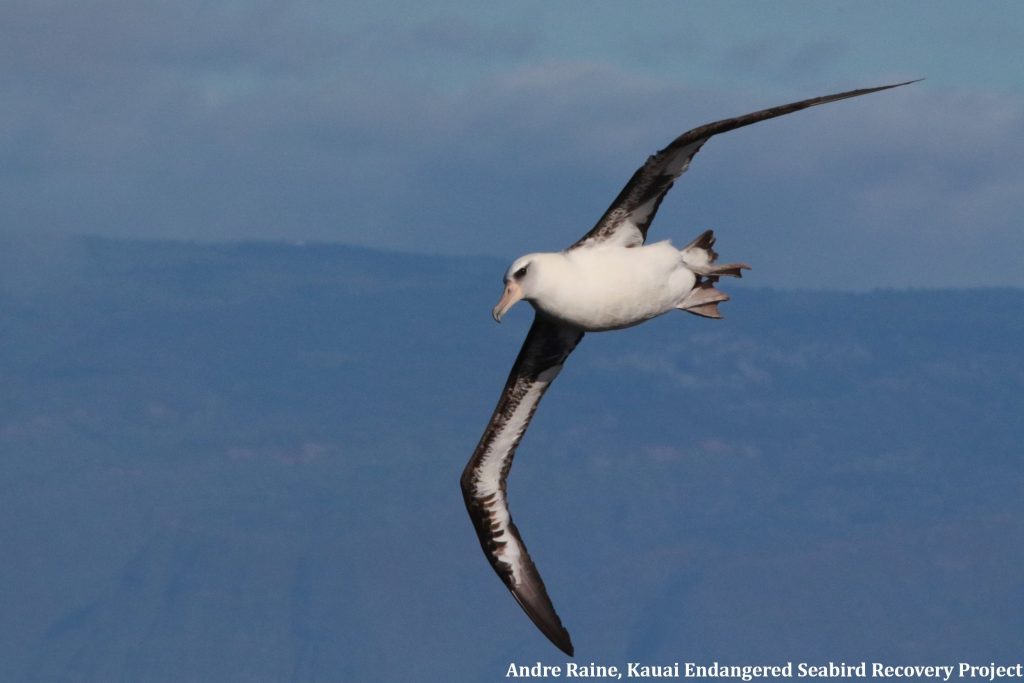 (Lihue) – The population of Pacific Rats on tiny Lehua Island, off Kaua‘i’s west coast remains extremely low, two years after three applications of a rodenticide to clear them out of the State Seabird Sanctuary.

Mele Khalsa, of Island Conservation, one of the partners in the continuing effort noted, “The monitoring data collected on Lehua Island suggests that the population of Pacific Rats remains extremely low.  No signs of rats eating eggs or chicks have been seen since the island was last treated on Sept. 12, 2017. There have been no detections of rats by camera since December 2018, and no signs of rats in traps or tracking tunnels. The monitoring team did detect what appears to be rat fecal pellets in early-to-mid 2019 and is continuing to monitor for rodent presence.”

The effort to eradicate the invasive rats is intended to protect seabird populations on Lehua. Dr. André Raine of the Kaua‘i Endangered Seabird Recovery Project, another partner organization, said,  “We are continuing to see positive changes to the native breeding birds on Lehua.  Most notably, the Bulwer’s Petrels have responded quickly to the rat eradication project.  These small seabirds are easy prey for rats and the fact that they are increasing is a great sign.  We also recently discovered two nests of the native Black-crowned Night Heron (‘Auku’u), which is the first ever breeding record of this species on Lehua.  As has been found on similar eradication projects around the world, it is clear that if you remove the rats, the ecosystems will quickly recover.”

Sheri S. Mann, Kaua‘i Branch Manager for the DLNR Division of Forestry and Wildlife, commented, “Prior to the bait treatments, rat predation was commonly seen across the island. Monitoring continues to show no negative impacts from the rat bait pellets on the surrounding environment. There are, however, noticeable positive impacts. With increased survival of seabirds populating the island, the nutrients they bring to the island have benefits to Lehua from the top all the way to the ocean.  With the nutrients come more widespread and denser vegetation which holds onto the soil and reduces run-off during rains. With reduced run-off comes healthier reefs and increased sea-life that depends on those reefs.”

Field teams that make regular monthly monitoring trips to Lehua are happy to report that vegetation is growing back as well. Plants that were often consumed by rats no longer show signs of rat caused damage. Many of the plants on Lehua Island are non-native currently but do provide habitat for seabirds. Established natives including Paʻu O Hiʻiaka (Jaquemontia ovalifolia subsp. Sandwicense), Pua Kala (Argemone glauca), and Uhaloa (Waltheria indica) however, are doing well and seem to be expanding their range. There are plans to restore more native plants.

A final monitoring report released in 2018 by the US Department of Agriculture, National Wildlife Research Center, detected no rodenticide residues in samples of water, soil, ‘opihi, or seabirds, and minimal impacts to any species other than rodents.

The ultimate goal, according to DLNR Chair Suzanne Case, is the complete eradication of Pacific Rats from Lehua. “All our partners will continue to monitor the rat population and do spot treatments when and where they are seen and will reassess our strategy if rodent sightings begin to increase. With this continued effort, we are hopeful that the now extremely low rat population will eventually be eradicated,” she said.