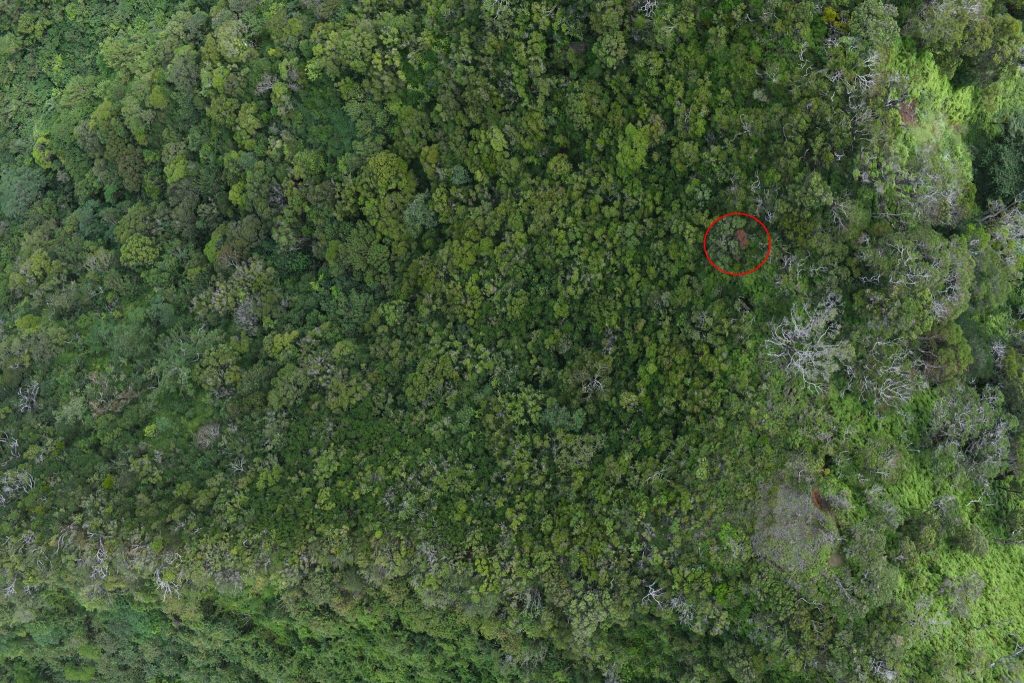 (Honolulu) – An aerial survey of some 20,000 acres of forest on O‘ahu has resulted in the fourth detection of Rapid ʻŌhiʻa Death (ROD) in an ʻōhiʻa in the Moanalua Section of the Honolulu Watershed Forest Reserve above Tripler Army Medical Center.

“Fortunately,” explains State Protection Forester Rob Hauff of the DLNR Division of Forestry and Wildlife (DOFAW), this tree is infected with Ceratocystis huliohia, the less aggressive species of the fungus associated with ROD.”  The tree was located using a helicopter-mounted camera system developed by the University of Hawai‘i-Hilo, Spatial Data Analysis and Visualization Lab (SDAV).  The collected images were analyzed in partnership with staff from the O‘ahu Invasive Species Committee (OISC) and DOFAW, as part of an on-going effort to improve the ability of field personnel to spot potentially infected trees.

The previous detections of the same species on O‘ahu include single trees on Kamehameha Schools land in Waiawa, and on two private properties in Windward O‘ahu residential areas. Nathan Dube, the manager of the OISC said both of those trees were planted ʻōhiʻa. He said, “Both of these detections were from concerned landowners, who reported their dead or dying ʻōhiʻa to OISC.  An OISC field team cut down the trees, dissected them, and sent samples to a lab in Hilo for positive confirmation and for research purposes.”

The aerial survey that picked up the tree in the Honolulu Watershed Forest Reserve, focused on the area adjacent to the earlier Waiawa detection. Surveyors identified about 40 additional trees from the images that need to be sampled for the disease, including ground-truthing. That process will take some time, as the area is rugged and difficult to reach.  DOFAW and OISC crews, with the help from experts on Hawai’i Island, decided to remove the infected branch of the tree and monitor it monthly for further signs of disease. Crews used a sealant on the wound to prevent additional disease infection.