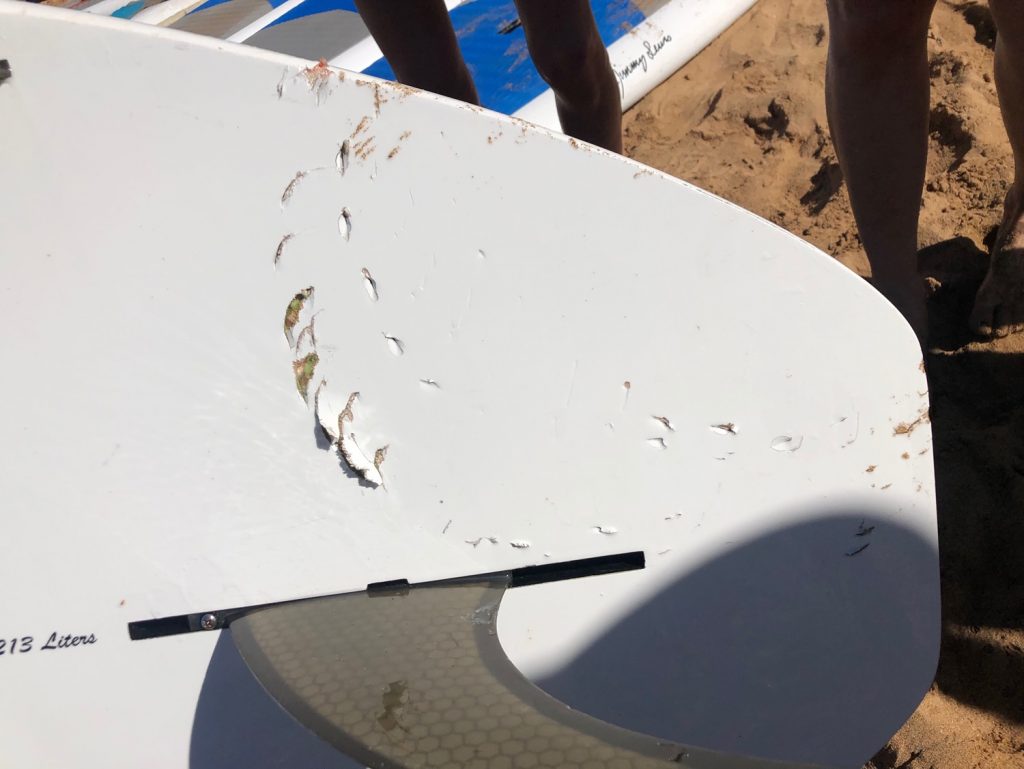 (Honolulu) – People are being cautioned to stay out of the ocean between Keawakapu Beach and White Rock Beach in the Wailea district on Maui after several sharks were spotted this morning.

Maui Fire Dept. Ocean Safety units were dispatched to the area at 9:44 this morning after a stand-up paddle boarder called 9-1-1 to report a 10-foot tiger shark in the water fronting the Andaz Wailea Resort. Ocean Safety officers put two jet skis into the water and they report the possible sighting of three tiger sharks of at least ten feet in length. They also report that at least one shark had been aggressively following a group of stand-up paddle boarders who attempted to fend it off with their paddles.

No one has been hurt, though a shark did bite a paddle board. Ocean safety officers, along with DLNR Division of Conservation and Resources Enforcement (DOCARE) officers and personnel from the Division of Aquatic Resources (DAR) have been cautioning people to stay out of the ocean in the area and are putting up shark warning signs.

Standard protocols call for warnings and signs to continue until at least noon tomorrow, after authorities survey the area to ensure no further shark activity.