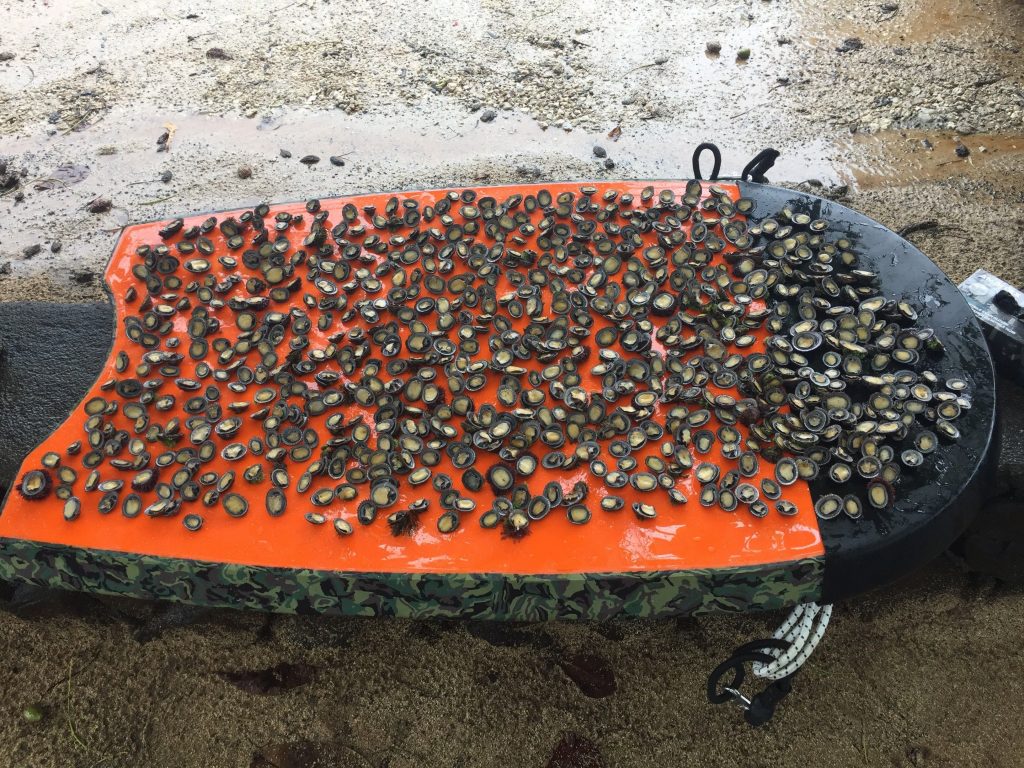 (Honolulu) – Two men from O‘ahu’s North Shore were cited yesterday by officers from the DLNR Division of Conservation and Resources Enforcement (DOCARE), after they were allegedly caught picking ‘opihi in the Pūpūkea Marine Life Conservation District (MLCD). It is illegal to remove any marine life from an MLCD.

53-year-old Raymond Agsalda of Waialua and 53-year-old Ronsin Rosa of Hale‘iwa had 784 ‘opihi in their possession when contacted by DOCARE officers. Hawai‘i Administrative Rules prohibit any fishing, catching, killing, removal, or possession of any sea life, including live coral or rock from the MLCD. The only exception is in-season fishing at Waimea Bay, which has species restrictions and bag limits.

The men are charged with a petty misdemeanor and if convicted could be fined or face jail time. Anyone who sees possible illegal activity or resource violations is asked to report it immediately to 643-DLNR (3567) or via the free DLNRTipApp.