Among hundreds of citations & warnings issued during COVID-19 Emergency 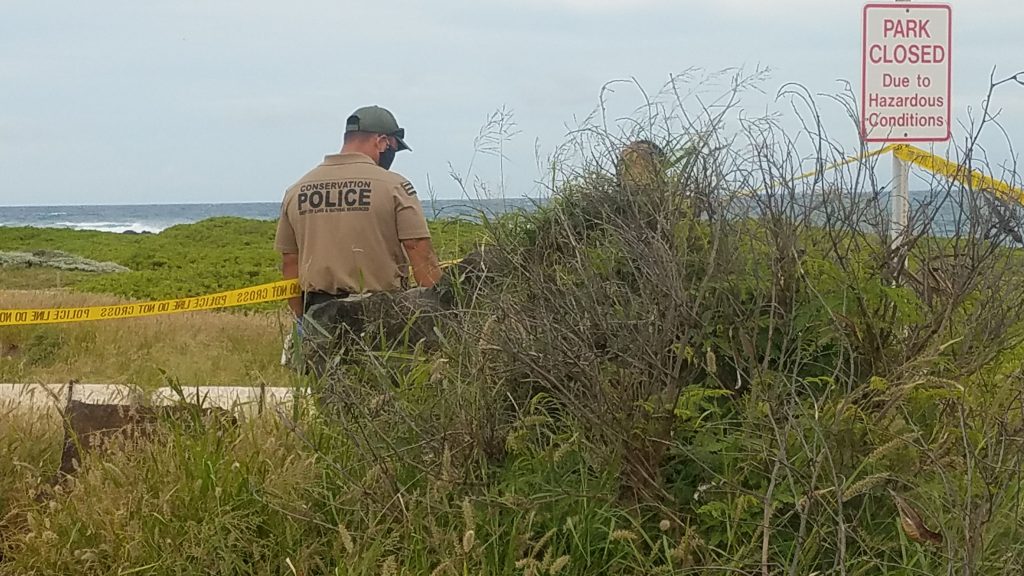 (Honolulu) – Two, 21-year-old men from Honolulu were cited late yesterday for entering a closed area – Diamond Head State Monument.  The individuals were escorted out of the park by officers from the DLNR Division of Conservation and Resources Enforcement (DOCARE) through the park’s main entrance.

This, after DOCARE received numerous reports of people entering the park which is currently closed due to the COVID-19 pandemic. Just before 6 p.m. officers observed the men on an upper footpath on the Ewa side of the crater rim.  Officers contacted the pair on the path and brought them out the main entrance due to low light conditions and the unsafe, rocky terrain.

As of last Friday, across the state, DOCARE officers issued a total of 107 citations for various violations associated with emergency rules. Many were for entering a closed state park, various other state park violations (such as alcohol possession), and parking violations.

DOCARE officers continue to patrol closed State Parks and are enforcing all Hawai‘i laws and administrative rules. In addition to the citations they’d given out 304 warnings as of last Friday. A day earlier a DOCARE officer contacted a man walking his dog through Kaiwi State Scenic Shoreline in East O‘ahu. The man claimed he didn’t know the park was closed, even though he was standing next to yellow police tape and directly beneath a park closed sign.

DOCARE Chief Jason Redulla said, “We hope everyone will take these closures and emergency rules seriously, not only to protect themselves and our natural resources, but to respect the primary reason for our current closures…the requirements for social distancing.”