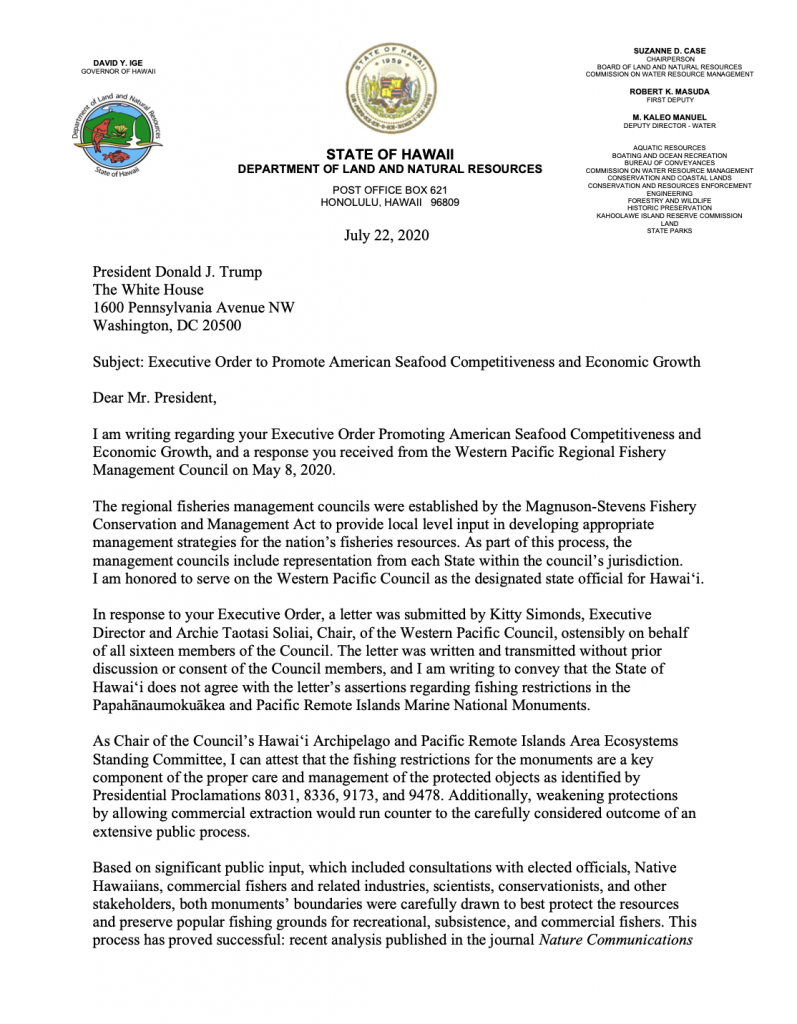 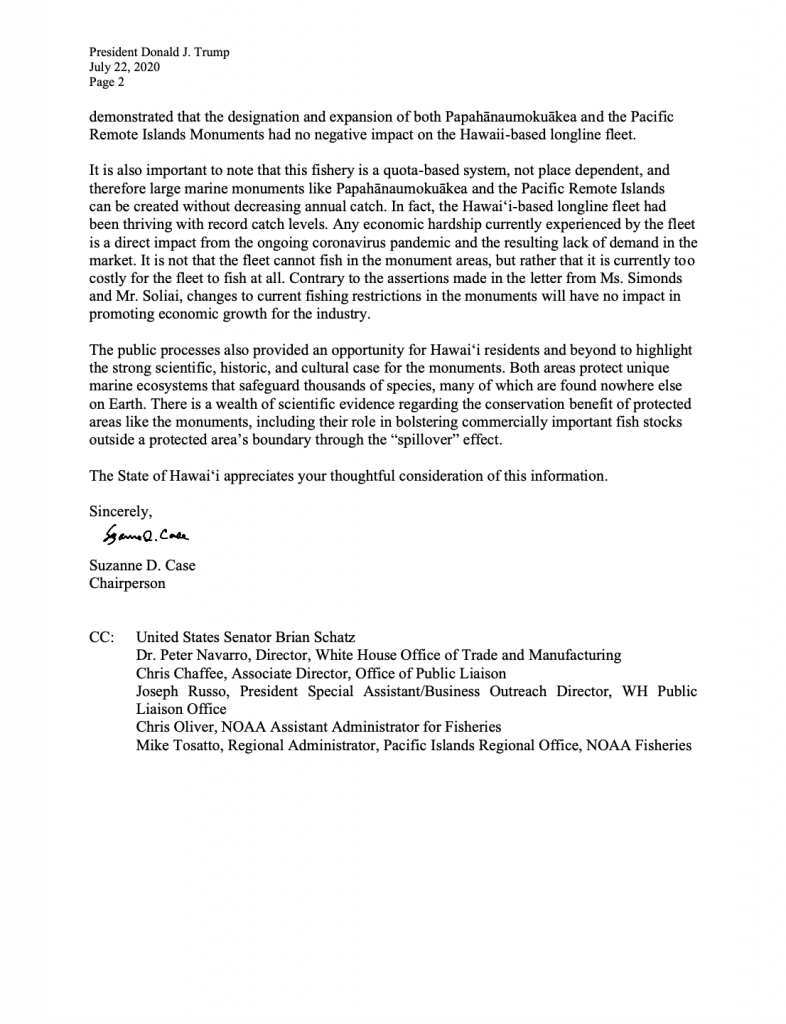 (Honolulu) – This week, in a letter to President Donald J. Trump, the Department of Land and Natural Resources (DLNR) opposed a request made by the Western Pacific Regional Fisheries Management Council (Wespac) to allow commercial fishing inside the Papahānaumokuākea and Pacific Remote Islands Marine National Monuments.

Wespac sent a letter to President Trump on May 8 in response to his Executive Order to Promote American Seafood Competitiveness and Economic Growth. The letter, signed by Archie Taotasi Soliai, Chair of the Council, and Kitty Simonds, Wespac Executive Director, asks the President to: “…please consider lifting the fishing restrictions in the Pacific marine national monuments and allowing America’s fishermen to fish again in the US EEZ…”

The State of Hawai’i, represented by DLNR, is a member of the Council, which seeks to provide input from stakeholders on the management of fisheries resources.  However, DLNR was not consulted by Wespac and does not agree with Wespac’s request to President Trump to remove conservation protections in the monuments.

In the letter to President Trump, DLNR Chairperson Suzanne Case stated, “As Chair of the Council’s Hawai‘i Archipelago and Pacific Remote Islands Area Ecosystems Standing Committee, I can attest that the fishing restrictions for the monuments are a key component of the proper care and management of the protected objects.”

Gov. Ige supported the expansion of Papahānaumokuākea in 2016, writing in a letter to President Obama that the Monument “can be a model for sustainability” and acknowledging the public input process undertaken, that resulted in a revised southern boundary of the Monument that preserved popular fishing grounds.

Papahānaumokuākea Marine National Monument was designated in 2006 and expanded a decade later to protect the waters surrounding the Northwest Hawaiian Islands which have immense scientific, historical, and cultural importance. The Pacific Remote Islands Marine National Monument, which protects the waters surrounding the US Pacific Territories of Baker, Howland, and Jarvis Island; Johnston, Wake, and Palmyra Atoll; and Kingman Reef, was designated in 2009 and expanded in 2014.

Together, these Monuments protect over one million square miles of unique marine ecosystems that safeguard thousands of species, many of which are found nowhere else on Earth.