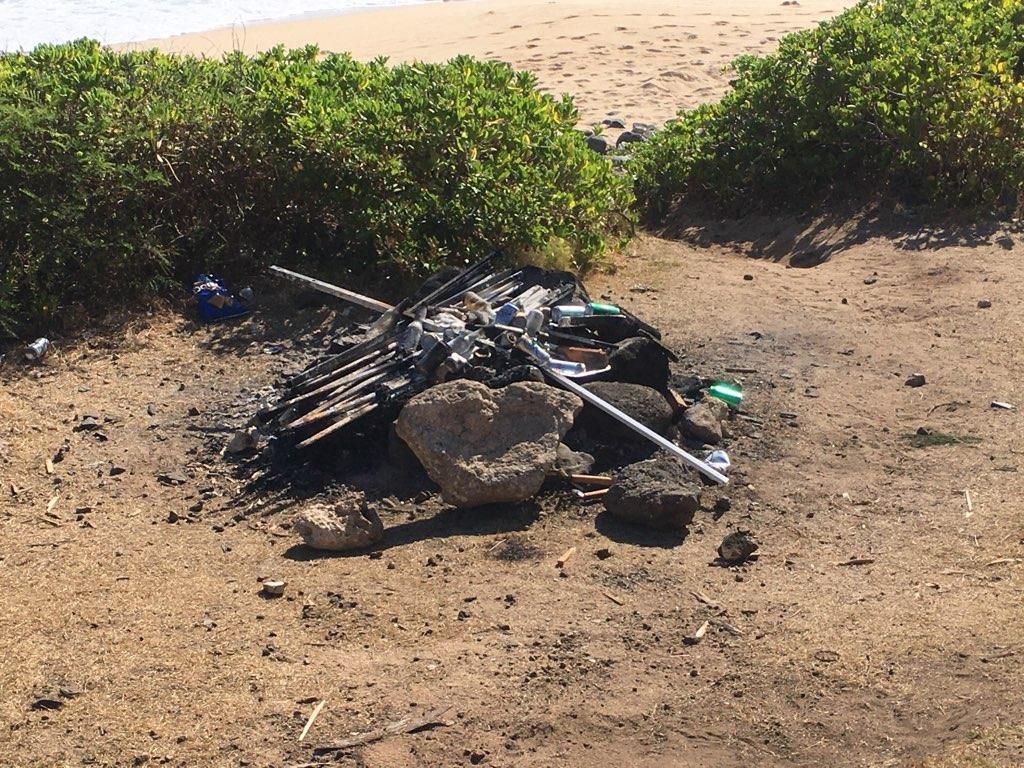 (Honolulu) – Egregious behavior and overuse has prompted the DLNR Division of State Parks to close Polihale State Park on Kaua‘i’s west side indefinitely.  State Parks Administrator Curt Cottrell said, “This decision is based on input from staff, law enforcement, health officials and west Kauaʻi residents.  Polihale, like Kaʻena Point on Oʻahu has a history of abuse, illegal gatherings and camping.”

It is nearly impossible to enforce park rules due to its large size and isolated location.  COVID-19 has exacerbated all those issues, and public health and safety concerns, contributed to the decision to close the park. Also informing the decision:

-Over 1000 people camped at Polihale on a recent weekend, though only 80 were legally permitted.  Several hundred parked trucks formed a line spanning nearly the entire 2-mile long beach.

-Trucks racing on the beach and driving through dunes which contain both Hawaiian burial sites and critically endangered plants.

-Overuse has led to widespread defecation within the fragile dune system.

-Numerous complaints about large gatherings and a lack of social distancing, despite emergency orders.

State Parks Assistant Administrator Alan Carpenter added,  “Until people can temper their behavior in the interest of everyone, we cannot responsibly leave places like Polihale open. There were many who did not want it reopened after recent road repairs, due to coronavirus concerns, but we wanted to give folks a chance to enjoy it and prove that they could treat places with respect in the absence of tourists.  At Polihale, they failed in that regard, and it needs a rest.”

It’s almost “sport” in Hawai‘i to blame lots of things and issues on visitors to the state. There are only 6,200 visitors currently in quarantine across the state and these numbers are now against the backdrop of more than one million residents. Typically, tourists are compliant and on vacation – their impact has been due to increasing magnitude and consumption of our public spaces and impacting our rural communities. We cannot  attribute the recent spate of vandalism, theft, graffiti, and bad behavior on tourists – it is now us.

Since the beginning of the COVID-19 pandemic, the cash-strapped, DLNR Division of State Parks has reported a disturbing series of incidents in parks, including:

“This is not a comprehensive list of the scope and kinds of activities we’re unfortunately seeing at parks across the state (and across the country according to the National Park Service),” said Cottrell.  “People need to understand that with the loss of revenue from the visitor industry, we will be facing some very tough decisions about our funding. This is likely to mean not only a reduction in services like routine maintenance but could ultimately result in the closure of some parks.”

“During the coronavirus crisis, local residents have been the predominate users of state parks,  flocking to park units and completely ignoring the rules and behaving in a manner visitors never did, jeopardizing their own safety and the resources and features we strive to care for,” Cottrell added.

The Division of State Parks relies on appropriations from the Legislature, significant operating income from entrance, parking, camping, lodging and concession fees – mostly collected from out-of-state visitors. Additionally, State Parks used  to be allocated a very small portion of the State’s Transient Accommodations Tax (TAT) for a percentage of its funding. State Park income is flat – just like the hotel industry. As such, TAT collections and distributions have been suspended due to  the COVID-19 and subsequent State fiscal crisis.

Cottrell concluded, “Before COVID-19 hit, we had long-term plans for many improvements to parks across the state based on fee increases directed towards the visitor industry. This

revenue is now uncertain. It’s disheartening to see the level of disrespect some people are demonstrating towards parks  and facilities while we are struggling to save operating funds,   Our state parks belong to  all of us, as residents of Hawai‘i.”

Anyone who sees suspicious or illegal activity occurring in a State Park is asked to call the DLNR Division of Conservation and Resources Enforcement immediately at 643-DLNR (3567), or download for free the DLNRTip app, which allows real-time reporting along with the submittal of photographs.