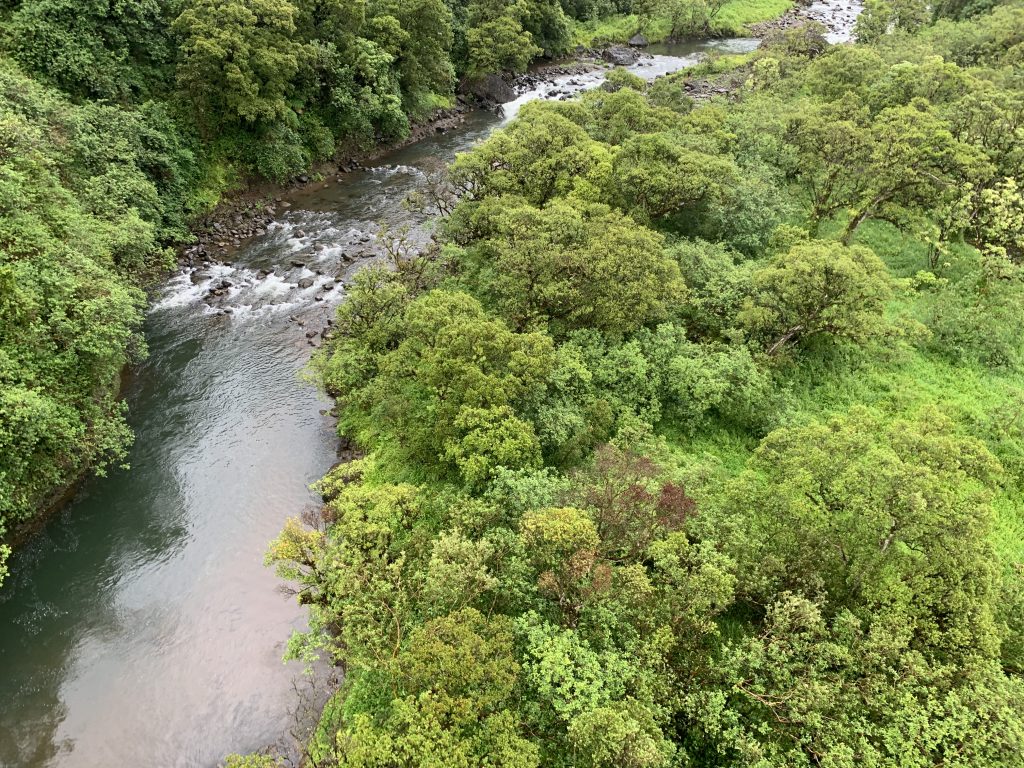 (Līhu‘e) – The most recent helicopter surveys conducted by the Kauaʻi Rapid ʻŌhiʻa Death Rapid Response Team resulted in detections of the virulent fungal pathogen known as Ceratocystis lukuohia in two new areas on Kauaʻi, the upper Hanalei valley and along the north side of Powerline Trail.

“Weʻre disappointed to find C. lukuohia in nine ‘ōhi‘a in these areas,” said Sheri S. Mann, Kauaʻi District Manager for DLNR Division of Forestry and Wildlife (DOFAW). “But after extensive research into this new threat attacking ‘ōhi‘a, we also know the fungal pathogens can move in the wind, by animals, and possibly by water too. So, unfortunately new detections arenʻt as surprising as they are disappointing.”

Two different species of fungal pathogens result in the rapid killing of ‘ōhi‘a trees and fall under the disease name of Rapid ʻŌhiʻa Death (ROD). Whereas C. huliohia may take months to years to kill ʻōhiʻa, C. lukuohia can kill a tree within weeks.

“The hopeful news is that the disease has not been detected in the biodiverse-rich areas of Kauaʻi such as Kokeʻe State Park and the Alakaʻi Plateau,” said Kyle Kagimoto, DOFAW’s Kaua‘i invasive species technician. “In these areas, ‘ōhi‘a are critical to the preservation of our watershed and the needs of numerous endangered flora and fauna.”

This latest round of surveys also confirmed more ROD-positive trees in expanded areas where it was already known to exist. The locations are characterized by mixed forests of native and non-native flora at elevations between 300 feet and 1,800 feet.

“One way to help reduce the spread of the disease is to cut down infected trees to reduce the amount of fungal pathogens moving in the air,” said Tiffani Keanini, project manager of Kauaʻi Invasive Species Committee. “But we only drop a tree on low-wind days and only if it wonʻt injure another healthy ʻōhiʻa when it falls. In the past year, weʻve dropped 56 ROD trees.”

Rapid ʻŌhiʻa Death was first detected on Kauaʻi in May 2018. Since then, the rapid response team, made up of state and federal agencies and non-government organizations, has been busy:

ʻŌhi‘a die for many reasons, although symptoms consistent with Rapid ʻŌhi‘a Death include the sudden browning of leaves on limbs or the entire crowns of trees. The fungus is not visible on the leaves or the bark but grows in the sapwood just below the bark and impacts the flow of water in the tree. The fungal pathogen enter trees through a wound, be it a broken limb, twig or perhaps, a scuffed up exposed root or bark.

As there is no known cure, experts encourage these practices:

1) Avoid injuring ʻōhiʻa. Wounds serve as entry points for the fungus and increase the odds that the tree will become infected and die.

2) Clean gear and tools, including shoes and clothes, before and after entering the forest. Brush all soil off tools and gear, then spray with 70% rubbing alcohol. Wash clothes with hot water and soap and, if possible, dry on the high heat setting in the dryer.

3) Wash your vehicle with a high-pressure hose or washer if you’ve been off-roading or have picked up mud from driving.

5) Keep your eyes open. If you see ʻōhiʻa with a limb or crown turning brown, take a picture and send it to KISC via email ([email protected]) or phone (808-821-1490) and describe exactly where you saw the tree.