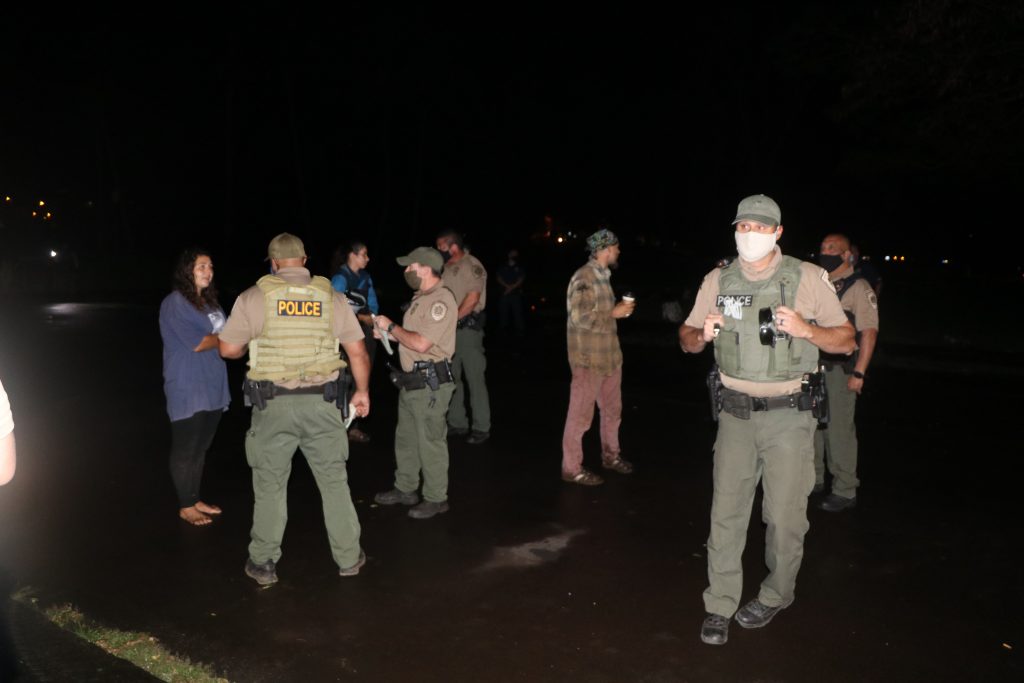 The so-called“Kanaka Garden”was planted within the last week by a group claiming to have jurisdiction over the State land. 64-year-old Gene Tamashiro of Hilo, the group’s leader, was cited by DOCARE officers on three Hawai‘i Administrative Rules (HAR) violations that were outlined on a Cease-and-Desist Order that was delivered to him on Tuesday.

Tamashiro and several others were cited in 2013 on similar charges following an illegal planting operation at the Wailoa park. Officers also contacted two women who initially refused to leave the park, but they eventually left on their own accord. Wailoa State Recreation Area does not open until 7 a.m. each day, but a group of six or seven people were seen tending the football field-sized garden well before dawn.

State Parks supervisors estimate several hundred plants were pulled from the ground today. They were trucked to the University of Hawai‘i at Hilo School of Tropical Agriculture where viable plants will be returned to the ground. Crews will return to the park later today to assess any damage, which could lead to additional civil penalties against the people who planted the garden. State Parks workers will also need to return in the coming days to cover holes created during the planting.

DOCARE officers also removed a“Kanaka Garden”sign that detailed the groups claims of ownership of the property as well as several flags that had been erected at the park’s main entrance. Several occupiers stood with flags in hand as trucks carrying the plants away, passed them. A couple of tents that had been put up earlier in the week were previously taken down by their owners. Officers from the Hawai‘i Police Department and the Dept. of Public Safety Sheriff Division provided support for the operation.

Tamashiro will be required to appear in Hilo District Court on February 19 to answer charges of leaving abandoned property on public lands; unauthorized use of State lands for agriculture use; and introducing plants onto public property.