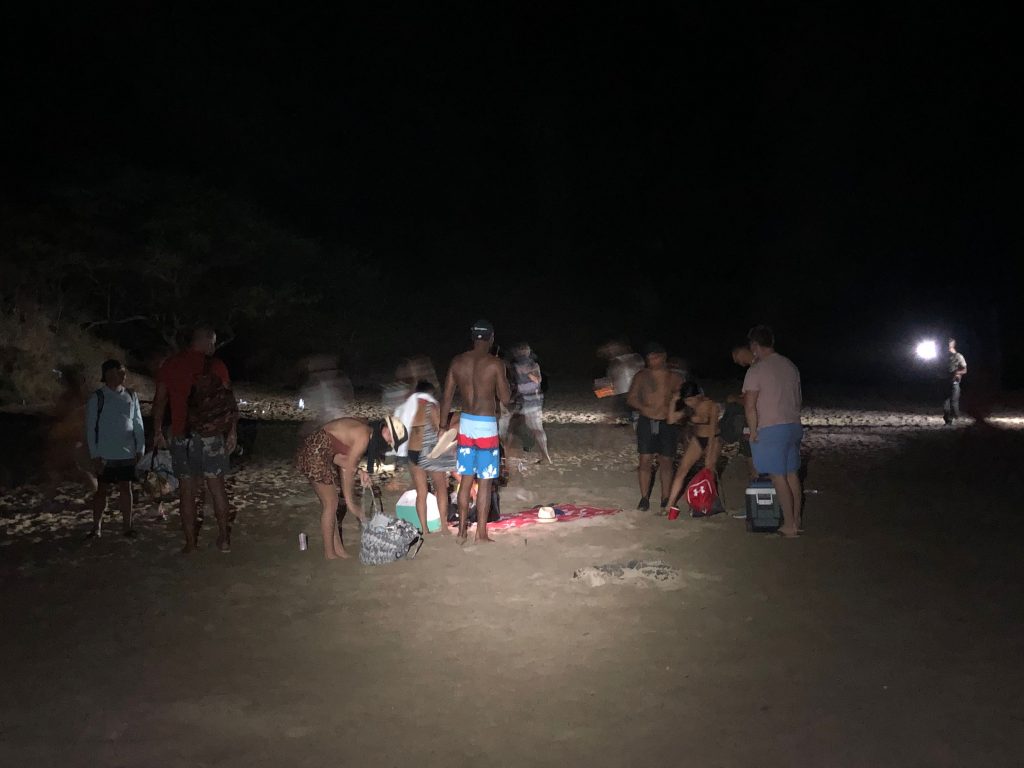 (HONOLULU) – Another holiday weekend mass gathering in a State Park has promoted further warnings to party organizers and participants.

Saturday night, DLNR Division of Conservation and Resources Enforcement (DOCARE) officers broke up a gathering of an estimated 200 people at Kaiwi State Scenic Shoreline in east O’ahu. No one was arrested or cited as officers concentrated on getting people out of the park prior to a planned bonfire.

Following this incident and numerous other, in State parks during the coronavirus pandemic, DOCARE Chief Jason Redulla had this stern warning.  “People are putting themselves and others at risk of getting seriously ill or even dying from COVID-19 by attending any of these so-called ‘super spreader’ events.” Few if any of the participants were wearing masks and no one appeared to be practicing social distancing.

Under current COVID rules on O’ahu, it’s illegal to gather in groups of more than five. At all times, large gatherings in any State park is against the law without a permit from the DLNR Division of State Parks. A bar table was set up at Kaiwi. Alcohol is prohibited in all State parks as is having open fires on a beach.

In addition to the COVID-19 rules violations, people attending these beach parties risk endangering or destroying protected and sensitive natural or cultural resources. Portions of Kaiwi State Scenic Shoreline contain endangered plant and insect species and the coastline is a frequent resting area for critically endangered Hawaiian monk seals and their pupping. They can be disturbed or threatened by large groups of people and close human interaction. Of equal and critical concern is the lack of any restroom facilities at Kaiwi. These large groups add human waste to the degradation of what should be pristine natural resources

“It’s frustrating,” Redulla added, “that these events are promoted on social media without any thought to whether they’re legal or to the impacts on Hawai’i’s sensitive landscapes, flora and fauna.”

Numerous tips about last night’s gathering came in via the DLNRTip app, which Redulla said is a great way for people to contribute their “eyes and ears” in support of protecting the state’s precious natural and cultural resources. Many of the partiers are young adults and many self-identified as being in the military.

Sections and entire State parks on Maui and Kaua’i have been closed during the pandemic after repeated warnings to large semi-organized groups of beach goers to stop breaking the laws and rules. “Unfortunately, these repeated actions of a few that feel they are entitled to ignore the rules are now frequently forcing access restrictions and impacting the quality of all to enjoy our State Parks,” said DLNR Division of State Parks Administrator Curt Cottrell.

In addition to diverting limited law enforcement and park maintenance personnel to perform pertinent and reoccurring duties, managers are spending an increasing amount of time responding to unacceptable and illegal behavior. “Sadly, this selfish behavior forces temporary closures as we struggle to develop more stringent management strategies, but these reoccurring large parties and gatherings are easily and rapidly promoted on social media, so unfortunately this is likely to continue. There is a balance between public access, respect of others and sensitive natural and cultural landscapes” Cottrell concluded.

Anyone who sees suspected illegal activity in State Parks, small boat harbors, or on trails and forests under DLNR jurisdiction is urged to call 643-DLNR or use the free DLNRTip app.