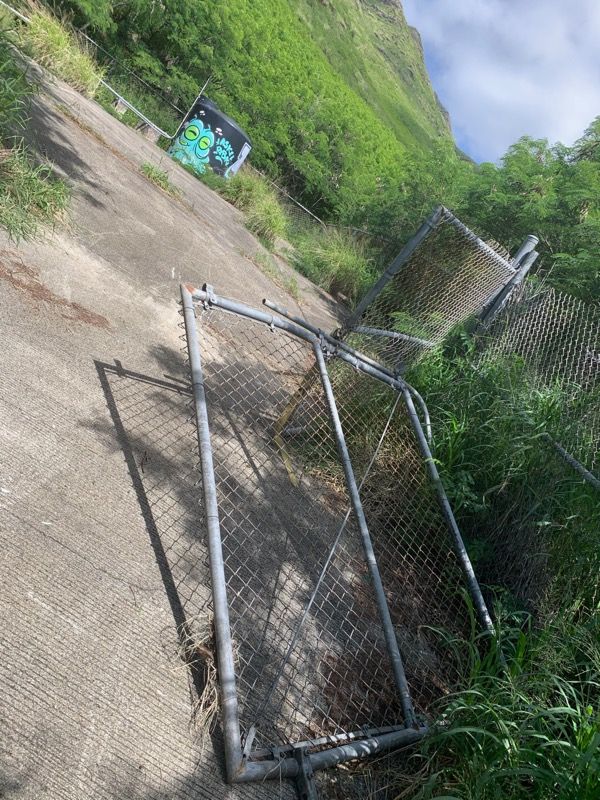 (HONOLULU) – Earlier this week, the families of native Hawaiians buried at Polihale on Kaua‘i, issued impassioned pleas for people to be respectful and to follow rules and laws designed to protect natural and cultural resources, and all park users.

“The continued willful destruction, vandalism, illegal and bad behaviors in our State Parks is tiring and if this leads to future park closures, you can blame the entitled individuals who persist in doing stupid things,” said DLNR Division of State Parks Administrator Curt Cottrell.

At Polihale this week, a witness reported a couple living in the park for the past three weeks. Camping permits were suspended after the park had to be closed for more than five months last year due to large beach gatherings, which included rotten behaviors on the parts of some participants. The witness said the couple removed a State sign right in front of her. On the beach someone dug an enormous hole in the sand dunes located near the day-use comfort station and three pavilions.

Archaeologist Alan Carpenter is the Assistant Administrator of the Division of State Parks. He said, “While there is no obvious purpose for this large unauthorized excavation, Polihale possesses extensive subsurface cultural resources, including burials. Significant archaeological sites at Polihale have been destroyed by this type of activity in the past, and protecting them is among the paramount reasons we are insisting on better behavior”

Elsewhere, at the Makua Water Pump Station, on O‘ahu’s leeward coast, vandals recently cut through protective fencing. This, after vandals cut through fencing at Makena State Park on Maui in late January and threw all of the materials in the ocean. The fence which is keeping people away from Pu‘u Ola‘i (Little Beach), was erected in response to large beach parties which could easily become super-spreader events for COVID-19. The fencing was put back up and the parks division is now exploring new hours and access rules to reopen Pu‘u Ola‘i at some point in the future.

Cottrell added, “We simply don’t have the law enforcement resources nor the maintenance capacity to provide round-the-clock coverage at Hawai‘i’s 52 state parks. These should be the gems of Hawai‘i, where local residents can enjoy their features without being threatened with bad behaviors and where visitors go home and rave about the beauty, cleanliness, and respectful people in our parks. These are not anyone’s personal playgrounds.”

DLNR Division of Conservation and Resources Enforcement (DOCARE) Chief Jason Redulla said his officers are besides themselves following incident after incident in state parks.

“We can’t be everywhere, all the time. This is why we’re asking all park users to report suspected illegal activities as quickly as possible, with supporting photographs or video to help us track down violators,” Redulla said.  People can call the DLNR tip line at 643-DLNR (3678) or download the free DLNRTip app for smart phones, which allows you to send photographs in, with incident details.

“We don’t want to close parks, but if this litany of violations continues, we may have no choice,” Cottrell concluded. “Please, if you are one of the people who is acting unlawfully or behaving badly anywhere on public lands in Hawai‘i, ask yourself, would you want this happening in your backyard?”