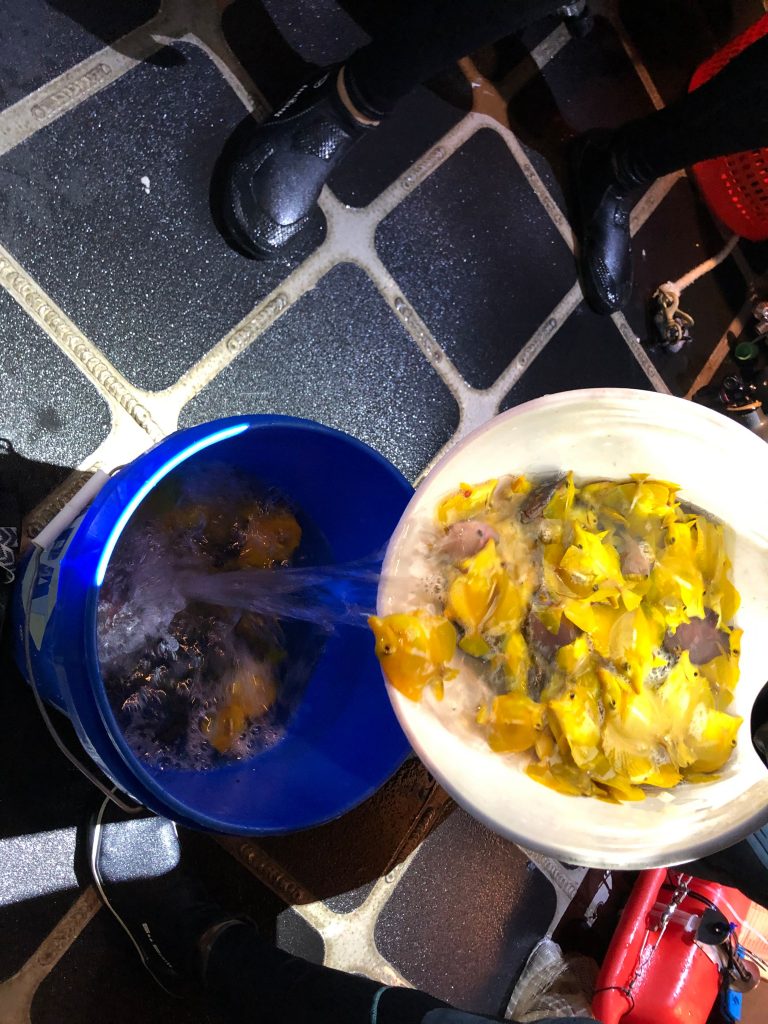 (HONOLULU) – Today, the Board of Land and Natural Resources (BLNR) voted unanimously to fine two Hawai‘i island aquarium fishers $272,000 in civil fines for multiple violations of Hawai‘i Administrative Rules (HAR) related to an illegal aquarium fishing incident in Kona in 2020.

According to the DLNR Division of Aquatic Resources (DAR), these are record fines for these types of violations; they are well within what the rules allow.

Husband and wife, Stephen Howard and Yukako Toriyama, were ordered to pay fines for fishing and boating violations, which happened last Sept. 15.

DLNR Division of Conservation and Resources Enforcement (DOCARE) officers received a tip that Howard, a known aquarium collector, had launched his boat from the Honokōhau Small Boat Harbor and was fishing within the West Hawai‘i Regional Fishery Management Area.

This case achieved a lot of notoriety, as Howard left two women divers underwater in open water during the incident. One was Toriyama. The other woman told DOCARE investigators that Howard had dropped them to dive and collect fish, and when they surfaced, he and his boat were gone. The absence of the divers on Howard’s boat, after he had been ordered by enforcement officers back to shore, prompted a multi-agency marine search and rescue operation. It was called off after the women were spotted late in the afternoon, with their dive gear, at a Kona-area gas station.

The aquarium fish the pair of divers caught were later located by enforcement officers from NOAA’s Office of Law Enforcement and DAR biologists with the assistance of the other diver.  The DAR team quantified and identified 235 fish of ten different species. Toriyama was fined for nine different HAR violations. Howard was fined for sixteen different fishing and boating violations.  The total retail value of the fish they collected is estimated at $24,730. All of the fish were returned to the ocean.

BLNR Chair Suzanne Case commented, “The Land Board is obviously taking a strong stance against the illegal harvest of aquarium fish. I applaud our DOCARE officers for their work tracking and investigating these cases, and the DAR staff for their expertise in documenting the illegal takes and presenting a detailed account of these egregious actions to the BLNR for consideration. I hope anyone engaged in illegally depleting Hawai‘i’s natural resources will realize the cost of breaking the law, based on the high fines levied in this case.”