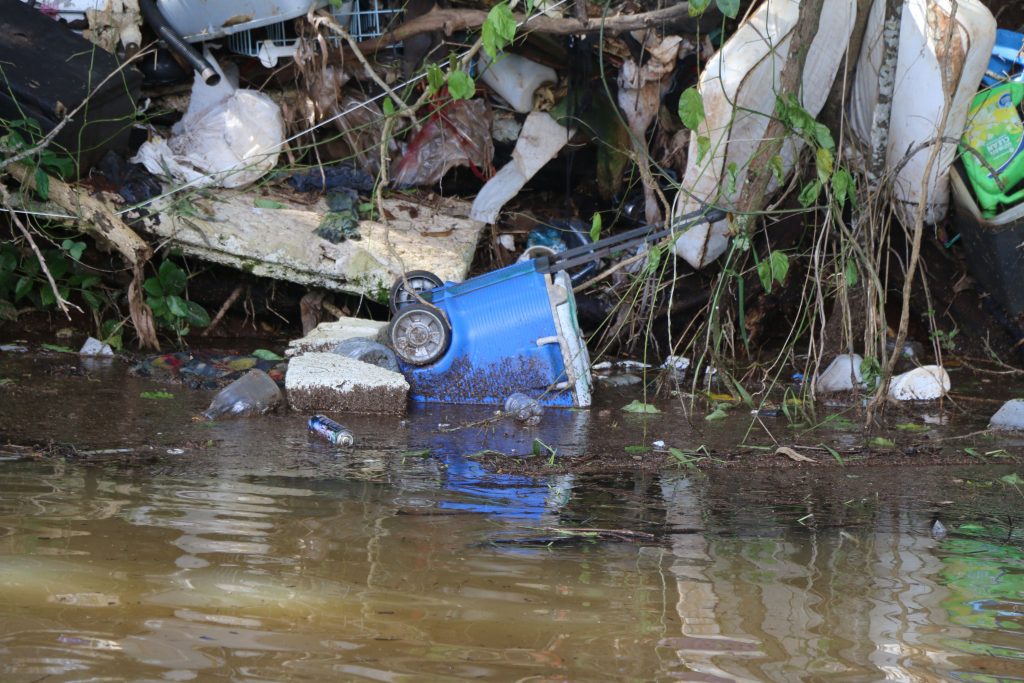 (Honolulu) – Recent heavy rain events have caused major flooding to many parts of the state and with that, debris is churned up and scattered. Staff from the DLNR Division of Aquatic Resources (DAR) are currently cleaning up Lake Wilson which has had tons of rubbish in its waters due to these rain events. If Lake Wilson is not cleaned up, it could impact fishing opportunities in the Lake, and the rubbish could end up in Kaiaka Bay and eventually the ocean.

Since 1957, DLNR began stocking the lake with game fish and has managed the area, designated as the Wahiawa Public Fishing Area. DAR wants Lake Wilson to be free of debris so the fish stocked in the waters can breathe and thrive. Fishers catch small mouth bass, peacock bass, oscars, bluegill sunfish and channel catfish. Each year approximately 200-300 juvenile largemouth bass are stocked into the lake.

This DAR project to clean up Lake Wilson could take several weeks, with as many as a half dozen staff in multiple boats scooping up recyclables and other trash that was deposited into the water. “We’re looking at picking up and removing recyclables, anything in the water that may float downstream. Our major role here in the reservoir is to preserve the public fisheries, “said Glenn Higashi, DAR Aquatic Biologist.

Trees and vegetation have also found their way into Lake Wilson, but in moderation, provides a natural habitat and shelter for the fish.

“It is unfortunate that opala is in the lake. Preserving and protecting Lake Wilson is important for so many different reasons. As the only public freshwater fishery in O’ahu, we must protect these resources for future generations. Mahalo to the Division of Aquatic Resources for their efforts to clean up the lake,” said Senator Donovan Dela Cruz.

Lake Wilson, also known as Wahiawā Reservoir is the state’s second largest reservoir and its history on O’ahu dates back well over 100 years when it was used for irrigation during the sugarcane days.

For more information on fishing at the Wahiawā Public Fishing Area: https://dlnr.hawaii.gov/dar/regulated-areas/wahiawa-public-fishing-area/